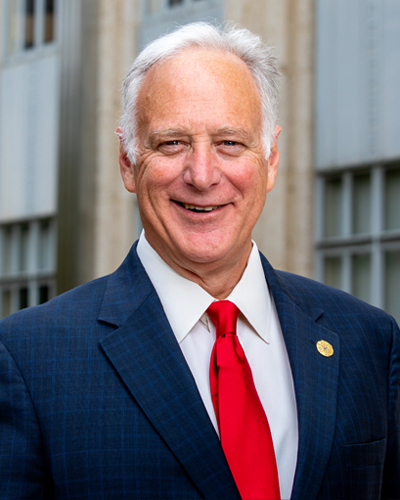 For three decades, Kirk Watson has been immersed in public policy, spanning local and state government in Texas. He served in the Texas Senate for over 13 years, leading on a wide range of issues and serving as a member and vice-chair of multiple standing and special committees and the Sunset Advisory Commission. His peers elected him President Pro Tempore of the Senate in 2019.

Watson was appointed in 1991 by Gov. Ann Richards as Chair of the Texas Air Control Board, the agency charged with addressing air quality issues. He was Vice-Chair of the committee that oversaw creation of the agency now known as the Texas Commission on Environmental Quality.

He was first elected Austin mayor in 1997, where he won praise for bringing different political sides together around transformative environmental and economic development initiatives. In 2012, serving in the Texas Senate, he led the effort to build a new medical school at The University of Texas at Austin. Learn more about Mayor Watson.