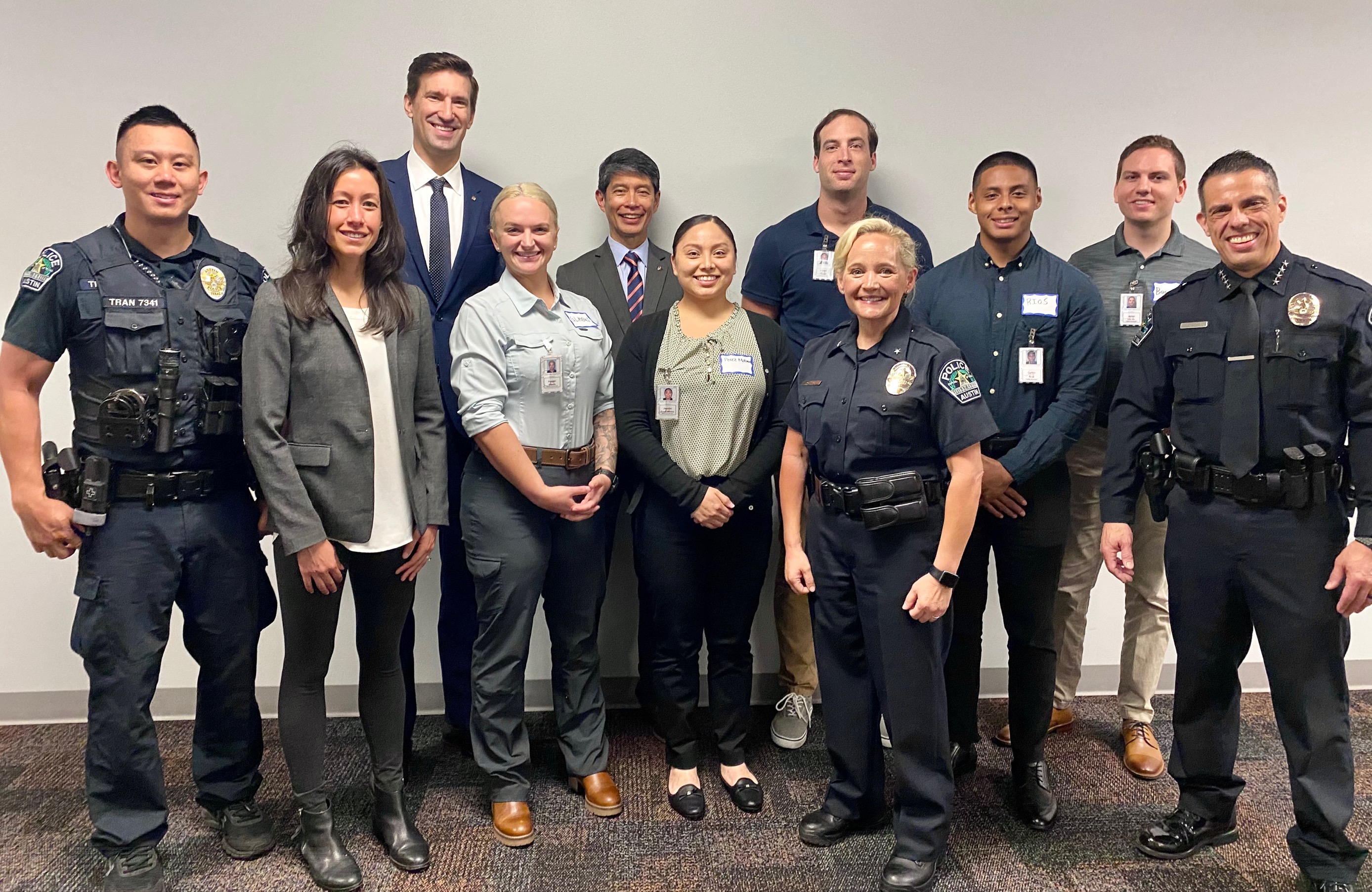 One hundred recruits started their journey toward becoming police officers Monday as the Austin Police Department kicked off its 144th cadet class. The 34-week session will be a pilot class, the first to complete training using the Police Academy’s new curriculum and expanded community engagement programming.

“Welcome to the 144th Austin Police Academy Cadet Class," Cronk said. "I’m excited you're all here today. Many of you came to the police academy for different reasons. But after you go through this you will all be united in one common purpose, to serve our community with dignity, integrity, respect, compassion and professionalism."

The City Manager also thanked APD instructors and staff for all of their hard work developing the training and curriculum to make this reimagined cadet class a reality.

Chief Chacon told the cadets that the training in the months ahead would be tough, but he is confident everyone has the ability to succeed.

“We are transitioning from the military styled academy into one that is based on adult learning concepts and active learning,” Chacon said. “Our experience and academic research indicate it leads to a better experience for the cadets, and they’re going to take that knowledge and apply it in the field in a positive way.”

Video of City and APD leadership welcoming the cadet class is available to download here.

Forging deeper, more meaningful relationships with the Austin residents, is one of the key priorities for APD and the reimagined Academy. Members of the community will be given a chance to interact with the incoming cadet class from 4 - 6:30 p.m. on Tuesday, June 15, at a community meet and greet at Edward Rendon Park, 2101 Jesse E. Segovia Street.

Community representatives will also participate in an academy training video and curriculum review committees through the academy session.  An independent evaluator will be on-site for the first week of classes as part of APD’s commitment to continually evaluate and improve academy training.