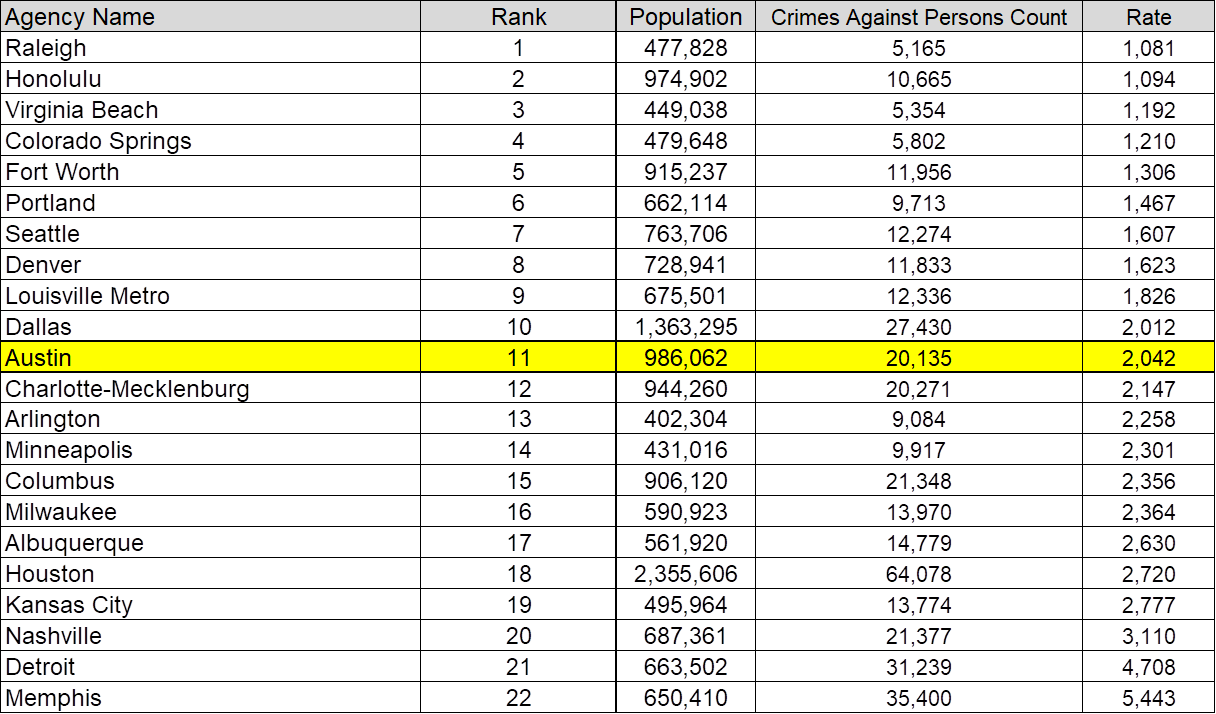 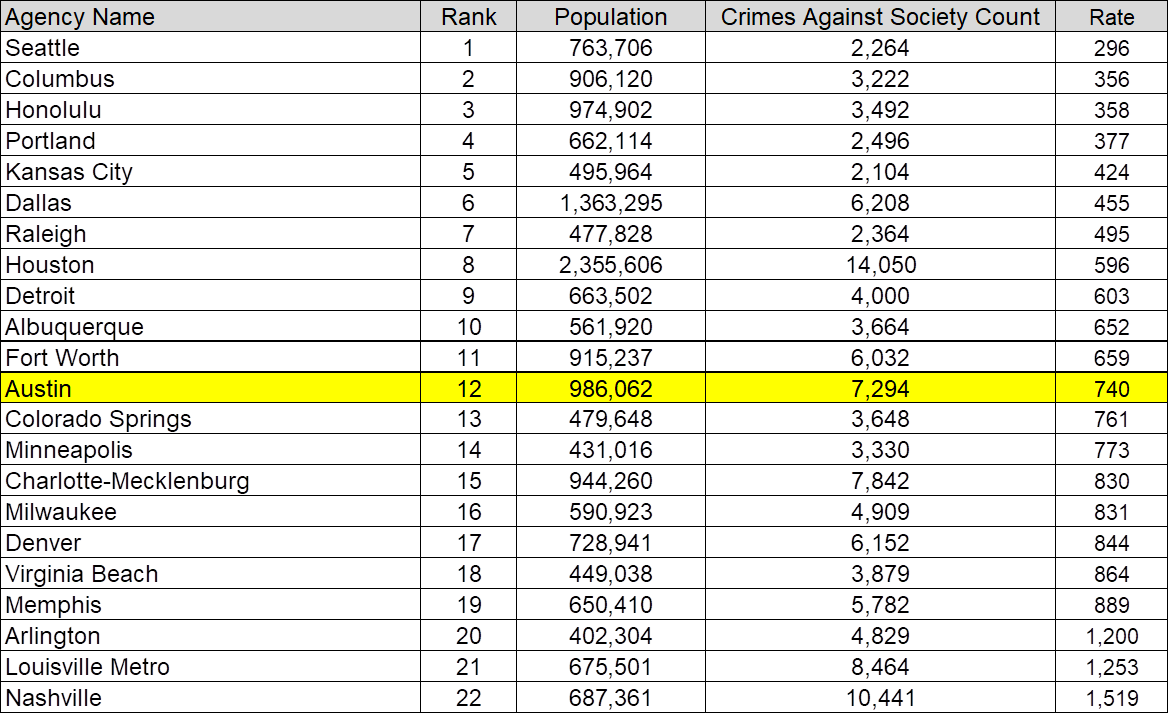 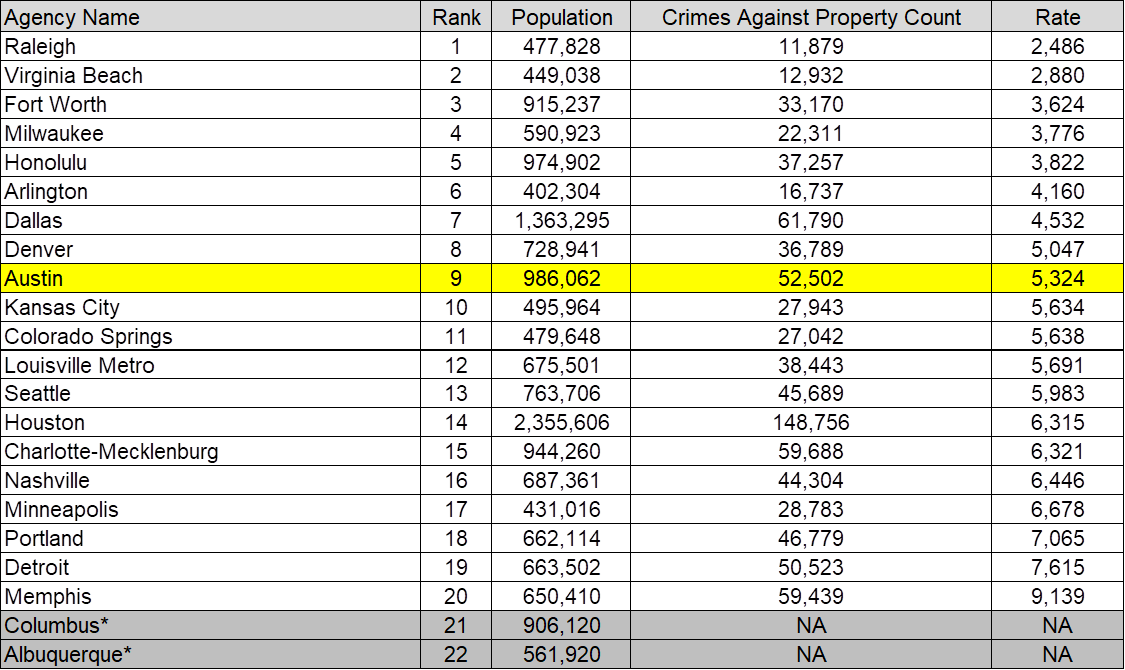 *Results not reported by the FBI due to data issues

There are significant differences in the way crime is calculated between UCR and NIBRS. The result is that UCR and NIBRS data and rankings associated with each are not comparable. Under UCR, only the most serious offenses are reported to the FBI, while NIBRS includes all offenses committed during an incident. Additionally, UCR data is divided into Part I and Part II Index Offenses, whereas NIBRS categorizes offenses by Crimes Against Persons (crimes in which victims are always individuals), Crimes Against Society (offenses representing society’s prohibition against engaging in certain types of activity), and Crimes Against Property (offenses in which there is an attempt to obtain money, property or some other benefit). These definitions come from the NIBRS User Manual.

A recent APD presentation to the City’s Public Safety Commission about NIBRS data is available to watch online. The 2019, and much of the 2020 NIBRS data, is available in the APD Chief’s Monthly Reports.