The Austin Police Department Robbery Unit is requesting the community’s assistance to identify a suspect involved in the aggravated robbery that occurred at Mike’s Mini Mart on Friday, November 27, 2020 at approximately 9:52 p.m. The suspect pulled into the store parking lot in a dark grey Ford Fusion hybrid where he idled in several spots before parking next to one of the gas pumps and entering the store.

Once inside, the suspect held two store employees at gunpoint while demanding money. The male fled the store with an undisclosed amount of cash and was last spotted driving eastbound on Purple Sage. The store clerks were physically unharmed. 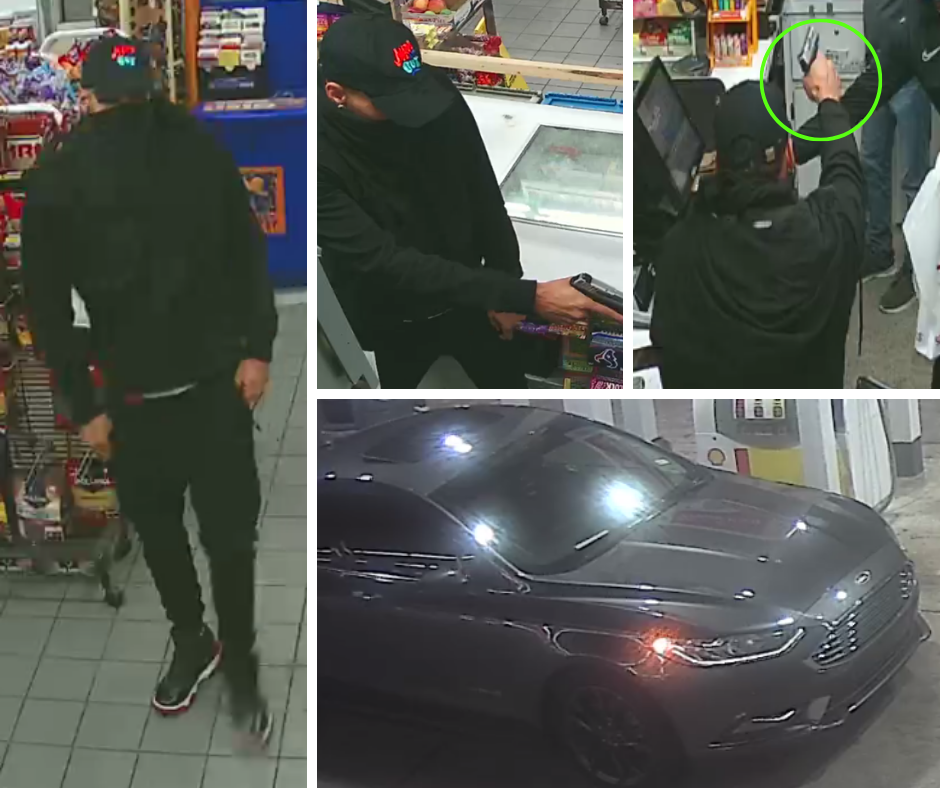