On Saturday, February 20, 2021, at approximately 12:20 a.m., APD responded to the Chevron gas station located at 30 N. IH-35 Svrd SB. Upon arrival, officers learned that a White female (suspect one) entered the gas station searching for a restroom. When the store employee explained the bathroom was out of order, the woman walked into the office and urinated on the floor. After being asked to leave, she walked out to a maroon Dodge Charger.

Shortly thereafter, a Black male (suspect two) entered with a rifle, followed by the White female. The man pointed the weapon at the clerk before smashing merchandise as the woman berated the clerk.

After throwing the rifle at the cashier who was standing behind the counter, he walked around and picked it back up and struck the employee numerous times in the head. The suspect smashed a computer before leaving the store only to return again seconds later to resume smashing property. There were two other men (suspects three and four) with the woman and armed man. The foursome fled in the maroon Charger believed to be model year 2014 to 2016.

All four individuals, who may reside outside the Austin area, are pictured and described below.

Suspect one is described as:

Suspect two is described as:

Suspect three is described as:

Suspect four is described as: 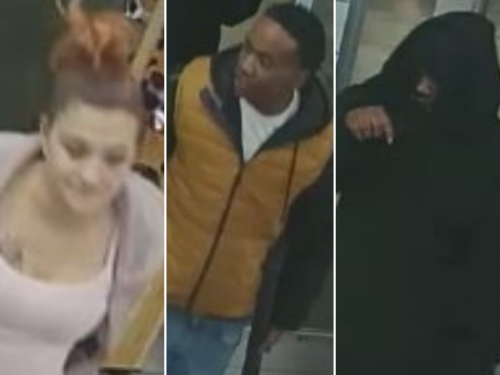 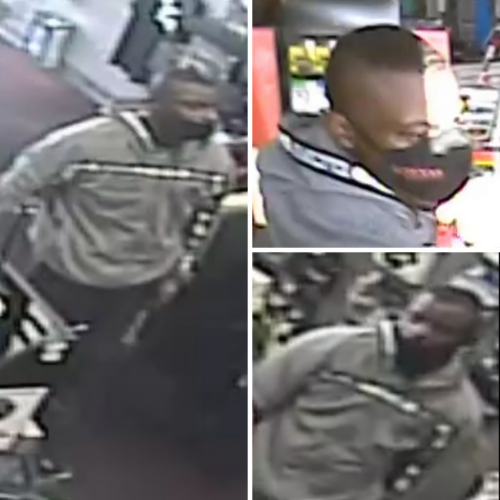 Investigators describe the attack as unprovoked. For your safety, please do not approach these individuals or their vehicle if spotted. Instead call 911 immediately.