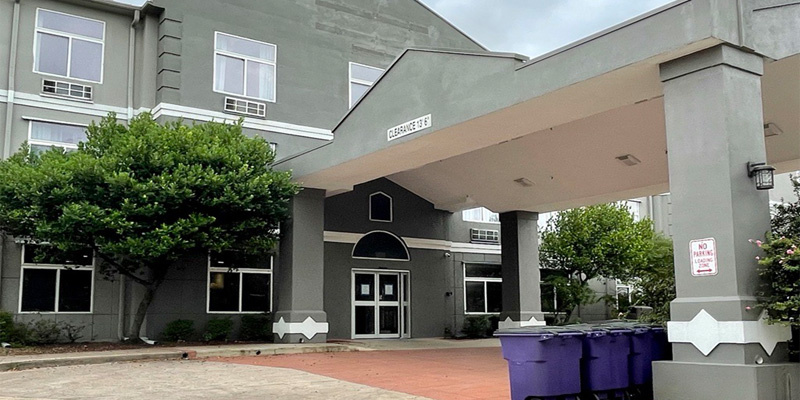 This third HEAL site, which includes Buford Tower, is on City park land, and extends from the First Street Bridge to the southern part of Congress Bridge and from the south side of West Cesar Chavez Street to Lady Bird Lake. Approximately 60 people will be offered temporary shelter today and tomorrow as the first step toward finding permanent housing through HEAL.

“By opening Northbridge and working to compassionately close this downtown encampment, we are helping many individuals take their first important step on the journey back to stability and permanent housing,” said City of Austin Homeless Strategy Officer Dianna Grey.

The City purchased the Northbridge building at 7400 North IH35 in 2020 with plans to convert it to permanent supportive housing. The City has utilized it as a Protective Lodging facility (ProLodge) for high-risk individuals as part of the COVID-19 emergency response.  While plans for the permanent supportive housing project are developed, Northbridge will serve as a temporary bridge shelter.

The leased facility at 3105 North IH35 will no longer serve as a bridge shelter. It is being considered for another use in the City's emergency COVID-19 response.

Austin City Council approved the HEAL initiative in February as a collaborative approach that reduces the number of unsheltered individuals by targeting specific encampment sites, and providing outreach, relocation to shelter, and rehousing. In June and July, the HEAL initiative helped 70 individuals who were camping near Terrazas Library and the underpass at Ben White and Menchaca Road relocate to the Southbridge shelter and begin the process of moving into permanent housing.

The HEAL Initiative is a collaboration including community partners and multiple City of Austin entities, including the Homeless Strategy Division, the multidisciplinary Homeless Outreach Street Team (HOST), Austin Resource Recovery, Parks and Recreation, and others. Community partners include The Other Ones Foundation, Capital Metro, Family Eldercare, and Integral Care.