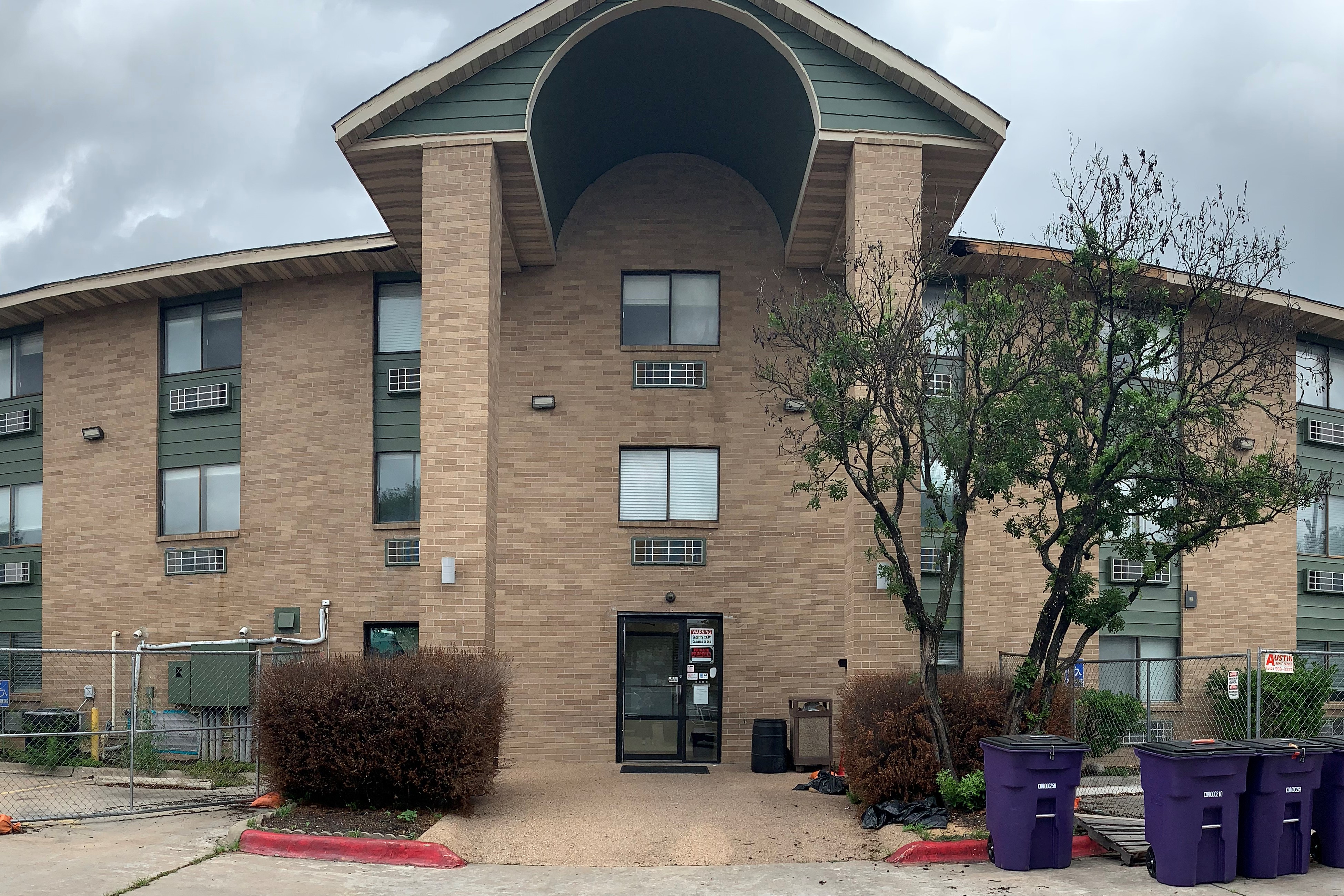 A City-owned hotel has welcomed its first guests as they move out of encampments and seek to leave homelessness behind.

Southbridge is operating out of a former hotel in south Austin, which has been used as a COVID-19 facility for the past several months.

The property is not a walk-up shelter, but will initially be designated for individuals served by the City’s Housing-Focused Encampment Assistance Link (HEAL) initiative, through which people living in encampments are directly connected to stable housing. These clients are offered shelter for a brief period while they work with social service staff to locate a housing unit.

Since Tuesday, June 15, approximately 20 residents of the encampment site near the Terrazas Branch Library at 1105 E. Cesar Chavez St. have moved to Southbridge, with any final transfers expected by this afternoon. City crews are continuing to clean up the site this week, and a temporary fence will be installed soon to designate the closure of the encampment. Austin Public Library plans to open the Terrazas Branch later this summer.

The successful transition of residents to Southbridge represents the first part of the City’s plan to implement Council’s HEAL initiative, designed to address unsheltered homelessness in Austin. Under the planned first phase of the initiative, four encampments, in south central, east, downtown, and northwest Austin will be cleared  following extensive efforts to relocate residents through the provision of dedicated housing resources.

Approximately $3.8M is budgeted for the first 18 months of Southbridge’s operations, and Council has directed that at least $3M be budgeted for long-term housing resources via the first phase of HEAL, including housing, outreach, and storage.

“We’ve made an important step this week toward demonstrating how concrete connection to housing can reduce the challenge of unsheltered homelessness and unauthorized encampments in Austin,” said City of Austin Homeless Strategy Officer Dianna Grey. “Southbridge will allow 75 people to get off the streets immediately – but the longer-term housing resources provided to guests are what will truly reduce homelessness in Austin. We are pleased to offer the shelter, support, and rapid rehousing that people need to begin their journey back to stability and permanent housing.”

City Council voted in April to authorize operations at the facility, which was until recently used as a ProLodge for high-risk individuals needing a safe place during COVID-19.

Accounting for COVID-19 precautions, the property is initially expected to provide bedrooms and bathrooms for up to 75 people, alongside offices and meeting spaces. Guests can bring pets, partners, and possessions. The property is staffed 24 hours a day, and has on-site security.

Upon entering the shelter, clients are promptly connected with case workers in a rapid rehousing program, who are tasked with linking them to apartments across the city with rental assistance and ongoing case management supports.

The implementation of the HEAL initiative is occurring in parallel to outreach efforts related to the new ban on public camping, following voter approval of Proposition B on May 1.

The Austin City Council has named ending homelessness as the top priority for the City.