UPDATE: APD Seeking Community Assistance in Locating Suspect of Homicide in the 9600 block of N IH 35 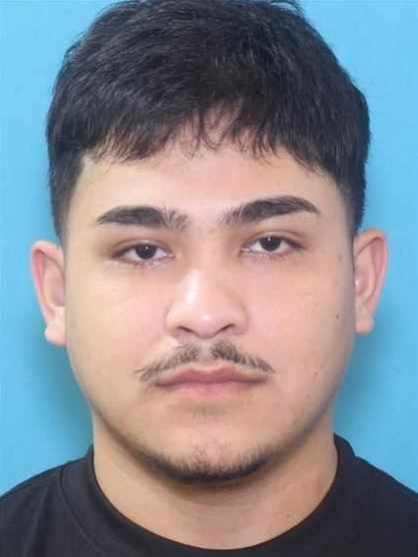 Austin Police Department Homicide unit is asking for the community’s help in locating Osmar Escobar Gaona, the suspect of a homicide that occurred on May 21st, 2022. Escobar is considered armed and dangerous. If you know his whereabouts do not approach him, and call 9-1-1.

On Saturday, May 21, 2022, at approximately 3:57 a.m., 9-1-1 received a call reporting a shooting at Club Lobos located at 9601 N. IH-35. Austin Police Department (APD) officers and EMS responded to the scene and found a male victim John Ferney Moreno-Cendales with a gunshot wound. First responders took Moreno-Cendales to Dell Seton Hospital, where he was pronounced dead at 4:28 a.m. by Dr. Hanzelka.

Homicide detectives and Crime Scene Specialists responded to investigate the scene and interview witnesses. The Travis County Medical Examiner’s conducted an autopsy and determined the official cause of death as a gunshot wound and the manner, Homicide.

Through investigation, detectives identified Osmar Escobar as a suspect in the shooting. Escobar now has a warrant for 1st-degree murder. Detectives have confirmed that Escobar fled the United States to Mexico that same day. He remains at large.

Detectives ask anyone with information or video of the incident to call APD Homicide at 512-974-TIPS; the Crime Stoppers anonymous tip line at 512-472-8477 (TIPS), the new Crime Stoppers App, and or email APD Homicide at homicide.apd@austintexas.gov. You may remain anonymous. You can also submit tips by downloading APD’s mobile app, Austin PD, free on iPhone and Android.

This case is being investigated as Austin's 28th homicide of 2022.