Gigi Edwards Bryant is best described as being driven by her faith. She is community volunteer, public speaker, business owner and elected official. She was born in Austin. She is a 7th generation Texan and a 5th generation Austinite. Her dedication to issues that addresses the family such as: education, youth in the foster care system, and alcohol and drug rehabilitation are a common thread to her life-long passion. She is a fierce advocate for access and equity. As a keynote speaker she addresses issues of community engagement and involvement and the power in believing “#URFreeToDREAMBy1”.

She is a witness to the knowledge that education breeds dreams and opens opportunities that strengthen communities and therefore our nation’s ability to prosper, thrive and lead, if necessary, by one until the team arrives. She heard a girl scout sum up her life in five words: “No, is not a barrier! “

Jeanne Goka was the first principal of the Ann Richards School for Young Women Leaders. It was a role that she never imagined to land and she regards it with honor and humility. “I’m grateful to former AISD Superintendent Dr. Pat Forgione and Lee and Sally Posey of the Young Women’s Preparatory Network for their shared vision, to Governor Ann Richards and her daughter, Ellen, for believing that I could do the job, to our hard-working, dedicated, phenomenal teachers and staff who would take a seed of an idea and grow it to full bloom, and to our brave students who leave their neighborhoods for our school in the wee hours of the morning and stay until dusk turns to dark because they want to change this world for them, their families, their neighbors and all of us.”

Jeanne also served two terms as a board member of the National Coalition of Girls School, representing public all-girl schools, and was recognized by Con Mi Madre, Girls Scouts, Girls and Boys Club, and DIVA.

Celia Israel represents House District 50 in the Texas Legislature since 2014. She serves on the House Transportation Committee and is vice-chair of the Elections Committee, focusing on congestion relief, public safety, multimodal innovation, and making it easier for Texans to vote.

Raised in El Paso, Texas, Representative Israel moved to the Austin area in 1982 to attend the University Texas at Austin. After graduating with a degree in Government, she served in Gov. Ann Richards's administration, tasked with recruiting the best and brightest to public service. Representative Israel has served on numerous boards and commissions tackling issues such as Central Texas growth, food scarcity, school safety, and the empowerment of young women.

In her first term in the Legislature, Representative Israel was named Freshman of the Year by the Legislative Study Group, a Champion of Equality by Equality Texas, and a Progressive Champion by Progress Texas. Since then, she has been honored by groups including the Capital Area Progressive Democrats, Progress Texas, Texas Democratic Women, and the Austin LGBT Bar Association.

Dr. Sarah Weddington is particularly well-known for her work on issues affecting women through her many roles which include attorney, legislator, Presidential advisor, professor, and expert called upon by the national media and institutions of higher learning.

She is a proven leader in government at the state and national levels. In 1973, she became the first woman from Austin Travis County to serve in the 150-member Texas House of Representatives, serving for three terms.

Robbie Ausley was born and raised in Lubbock where she met her husband Tom at fourteen at Asbury United Methodist Church. They have been married for 54 years, have four grown children who are married and have blessed them with ten grandchildren, all of whom live in Texas. After moving to Austin in 1965 and putting Tom through law school, Robbie primarily played the roles of “stay-at-home” mom, grandmother, and community volunteer for the next 50 years.

Robbie states that the two most influential forces in motivating her to get involved in mission projects and social justice issues have been her mother who lived a life of hope and mercy rather than fear and judgment, and her church, First United Methodist Church here in Austin.

Dr. Pierce Burnette earned her Master of Science Degree in Administration with honors from Georgia College in Milledgeville after completing a Bachelor of Science Degree in Industrial and Systems Engineering from Ohio State University in Columbus in 1980. In 2003, Dr. Pierce Burnette was accepted and graduated from the Harvard Graduate School’s Education Management Development Program. She also completed an Ed.D. in Higher Education Administration at the University of Pennsylvania in 2015.

Jane Claire Hervey is a digital marketing consultant, musician and founder of #bossbabesATX and BABES FEST.

Originally from the Rio Grande Valley (956 por vida), Hervey moved to Austin to study at the University of Texas. After earning her Bachelor's of Science in Journalism and pursuing a career in freelance writing, Hervey began searching for resources and a space to ask professional questions. She hosted her first #bossbabesATX meet in 2015, hoping to foster community and connection between self-identified women in Austin, Texas. She now runs the nonprofit and its festival, BABES FEST, while managing operations and marketing at In-House International.

Ann Howard is the first Executive Director of the Ending Community Homelessness Coalition (ECHO) in Austin, Travis County. After 1 year of Ann's leadership, the Texas Homeless Network named ECHO the Outstanding Coalition in the State.

Ann participated in the Mayor's Task Force on the Innovation Zone in 2014, and currently works with the Psychiatric Stakeholders Committee and the Housing Works Board of Directors as an advisory member. Ann was an active leader in the city-wide campaign to pass the recent $65M Affordable Housing Bonds and City Resolutions to support housing first PSH and to set a new goal to build 400 units of permanent supportive housing. Ann is an alumnus of the University of Texas, with a JD from the School of Law, and an MPA from the LBJ School of Public Affairs.

Patsy Woods Martin serves as the CEO of Annie’s List. Prior to leading Annie’s List, Woods Martin was founder and executive director of I Live Here, I Give Here®, the Central Texas Campaign for Philanthropy.

Woods Martin also served as vice president of resource development for the United Way Capital Area. Martin has served on a number of boards, including the Long Center for the Performing Arts, and the Greater Austin Chamber of Commerce. She is a member of the Junior League of Austin, Leadership Austin, and is a founding member of Impact Austin and UWCA’s Women’s Leadership Council.

Jill Ramirez is the CEO and one of the founders of the Latino HealthCare Forum (LHCF). Originally from El Paso, Texas, Ms. Ramirez holds master’s degrees in education and communication disorders from The University of Texas at Austin. Professionally, she has worked extensively with Latino families and is considered an expert on Latino health disparities.

Under her guidance, the LHCF has served as the only Federal Navigator for the Affordable Care Act in Central Texas, has instituted innovative health and healthcare programs such as Place-Based Initiative Rundberg Innovation Zone, and has coordinated community engagement for the Central Health Southeast Health and Wellness Center. 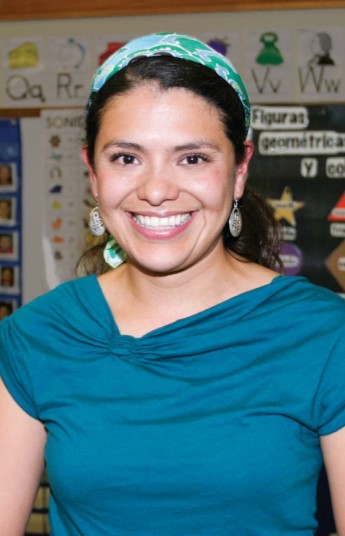 Garibay is a staunch education activist. She was the president of LULAC Council 4859, and a co-founder of the University Leadership Initiative. In December 2011, Ms. Garibay was awarded the Texas AFT Super Advocate and she was a spotlight member from the Texas State Teacher Association in 2011.

Ms. Garibay has overcome many barriers. She, her sister, and mother escaped an abusive father and moved to Austin. She did not speak a word of English and lived in constant fear when she arrived in 1992. Even though she faced many obstacles and fears she excelled academically and seized educational opportunities. Ms. Garibay is currently Vice President for Education Austin. She was also recently elected to be an At Large Member of the Democratic National Committee. 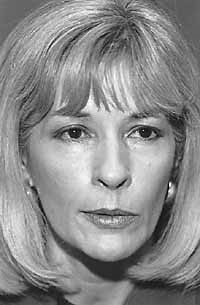 Goodman's public service is one of dedication, interconnectedness and tenacity. Her ability to listen to the community is reflected by the fact that she was elected to four terms of service as an Austin City Council Member. In 1998, she was elected Mayor Pro Tem by her colleagues. Prior to her first election victory in 1993, she served on the Planning Commission and on the Parks & Recreation Board.

From land use planning, environmental stewardship, social services and education to animal rights, civil liberties, libraries and neighborhoods, during her tenure at City Council, she found ways to give voice to underserved and underrepresented points of view and sought balance to the challenges. Ms. Goodman has been a board member of Save Barton Creek Association for more than 30 years. Keeping with her commitment to civic duties, her continued involvement is demonstrated by currently serving on the Zoning and Planning Commission and the Land Development Code Advisory Group. 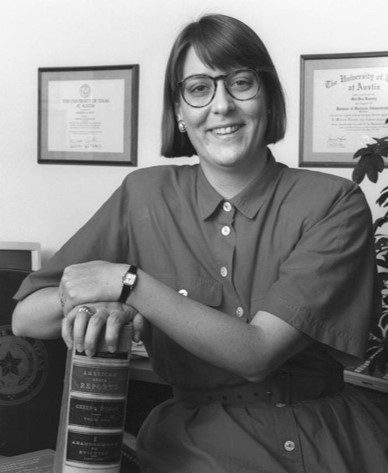 Ramsey was fortunate to be born into a family where being a girl didn’t limit her opportunities. Her father started calling her “judge” at an early age, so perhaps it’s no surprise she became a lawyer. As a native Austinite, MariBen didn’t stray far from home, attending both UT-Austin for undergraduate and law school. She says she can’t help that she was born in the best city in the US! MariBen traded her 11 years as a corporate securities attorney for the non-profit sector when she joined the Austin Community Foundation. During her 20-year tenure, she served in many roles, including General Counsel, Chief Development Officer and Grants Vice President.

She has always looked for ways to create better opportunities for girls and women. She conceived and launched the Women’s Fund, a women’s philanthropy and grant making group focused on helping non profits supporting women and girls. The Women’s Fund published its first report on the status of women and children in Travis County in 2015, “Stronger Women, Better Austin.” As a long-time active member and past president of The Junior League of Austin, she inspired and mentored many young women. She has served on local, national and international boards, most focused on efforts to improve the health and wellbeing of girls and women, including SafePlace, GENaustin, National Domestic Violence Hotline and the Association of Junior Leagues International. Called “Austin’s Best Friend,” MariBen is a passionate advocate for equality and opportunity. She is the principal of MariBen Ramsey Nonprofit and Philanthropy Consulting.