It’s very likely that the computer you’re reading this article on, or the one you have at home, or even that video game system in your kid’s room has a chip in it made by AMD.  They are one of the world’s largest producers of computer technology, and also one of the most devoted to a set of environmental goals at all of their global sites. 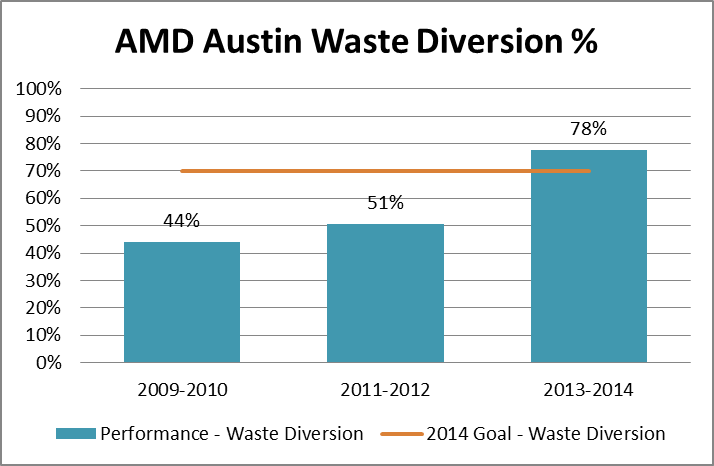 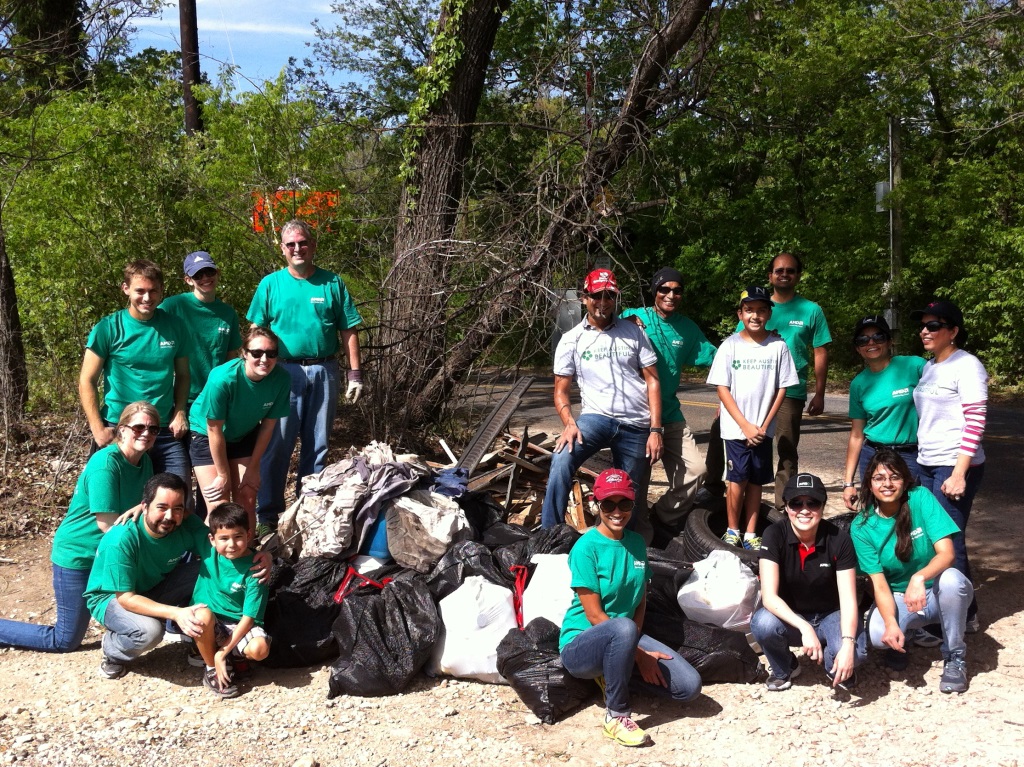 AMD has employee Green Teams around the world that educate fellow employees to conserve resources at work, at home and while commuting. The Austin Green Team consists of 8-10 employee leaders who meet regularly to discuss special events like Earth Week, alternative commute contests, and reusable cup promotions.  AMD partners with the Green Team to promote and improve our corporate Go Green initiative, which has more than 600 AMDers registered in Austin.  Some of the programs they created include electric vehicle charging, bike shop discounts for commuting cyclists, farm-to-home food delivery, and employee solar discounts.  Watch this short video about their efforts at their Austin campus.

600-800 employees eat in the on-site cafeteria at AMD every day.  The Green Team is carrying out several projects and educational campaigns designed around decreasing the waste produced by so many employees in the cafeteria.  One of their biggest projects includes organics collection in the food prep area and in the cafeteria, collecting the food scraps from making employee meals, and those not eaten by employees, for composting.  They have also switched to all compostable materials in their cafeteria, including plates, to go containers, utensils, and cups. The discarded paper towels in all their bathrooms, and the coffee grinds from the on-site Starbucks, are composted, too. And if all of that weren't’t enough, they also recycle all of the electronic waste they produce, like batteries and print cartridges, and other recyclable materials, like cardboard and paper. Composting of organics from the Austin campus occurs off-site by a company called Organics by Gosh. AMD Austin employees and contractors can receive 20% off the price of compost and other materials for their own gardens.

You can learn more about AMD’s environmental goals and achievements both globally and locally in their Corporate Responsibility Report. AMD is just one of the many businesses in Austin that is committed to working towards making Austin a zero waste community.  If you’re a business owner or employee, you can help boost your zero waste goals through the help of the Austin Resource Recovery Business Outreach team.  The time is now to move on zero waste!