In the heart of downtown sits a former power plant that once served as the sole power source for the City of Austin. In its heyday, the Seaholm Power Plant could produce up to 120 megawatts of power. But as Austin's population continued to grow, other plants were built to keep up with the rising power demand, decreasing the city's reliance on Seaholm. The plant was eventually decommissioned in 1989, and it lay derelict for many years.

Around 2004, a major effort to transform this area from a contaminated brownfield to an ecologically resilient neighborhood district was initiated, making this area Austin's first EcoDistrict. Visitors and residents now experience a thriving area that has been brought back to life with green, people-friendly additions that reflect Austin's spirit of originality and soul. There are many notable features of the area that make it an "EcoDistrict", which are centered around the concepts of environmental sustainability, wildlife habitat preservation, people-centric design, and public art. 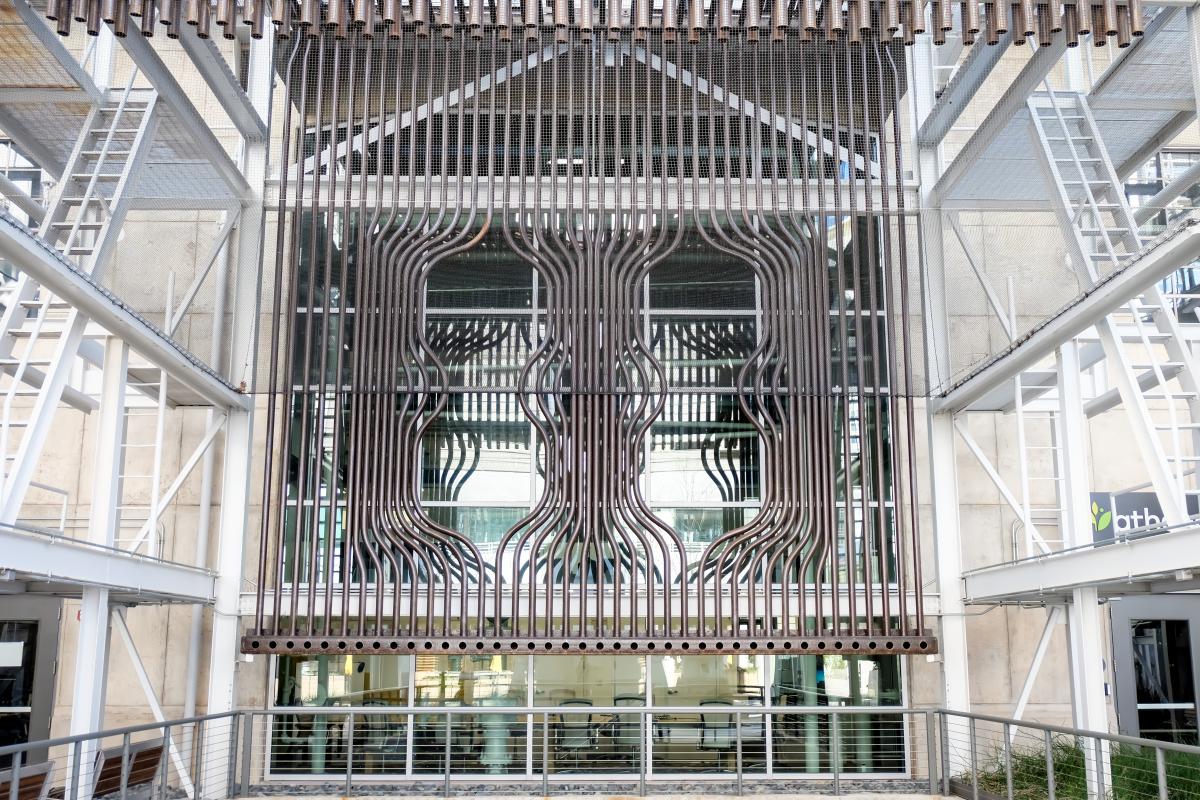 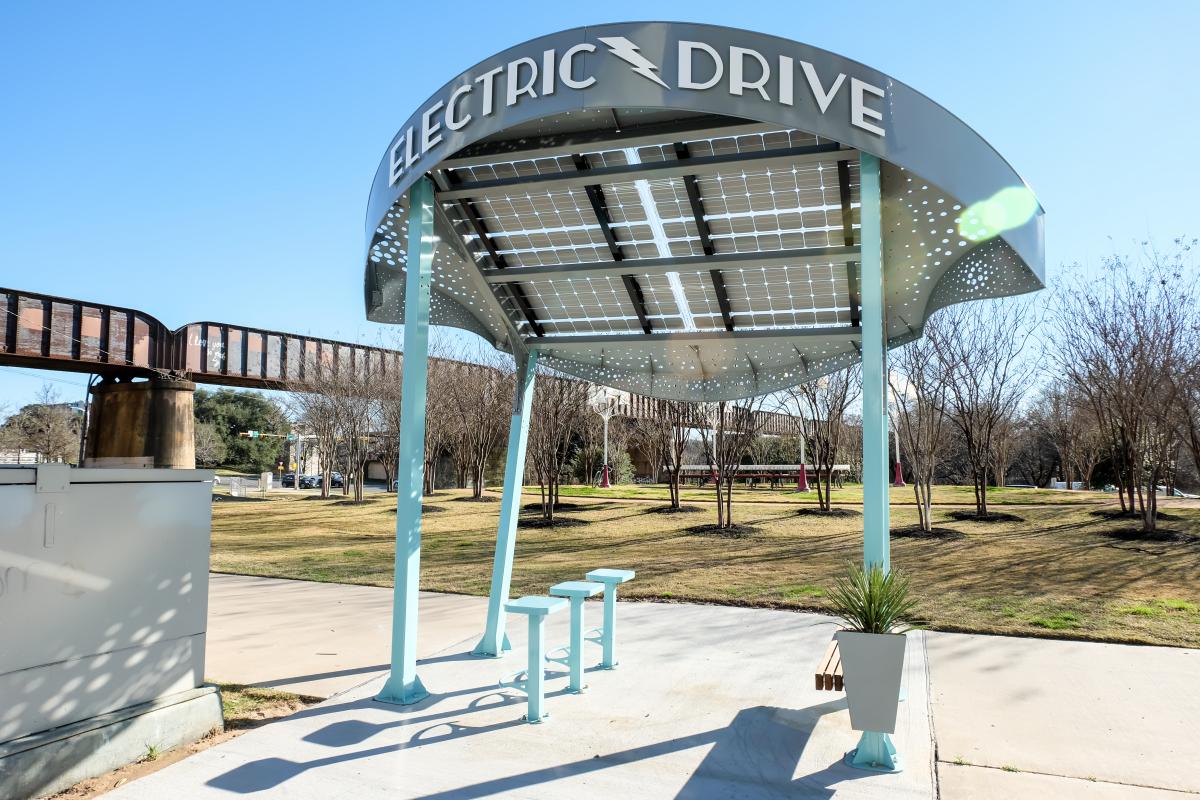 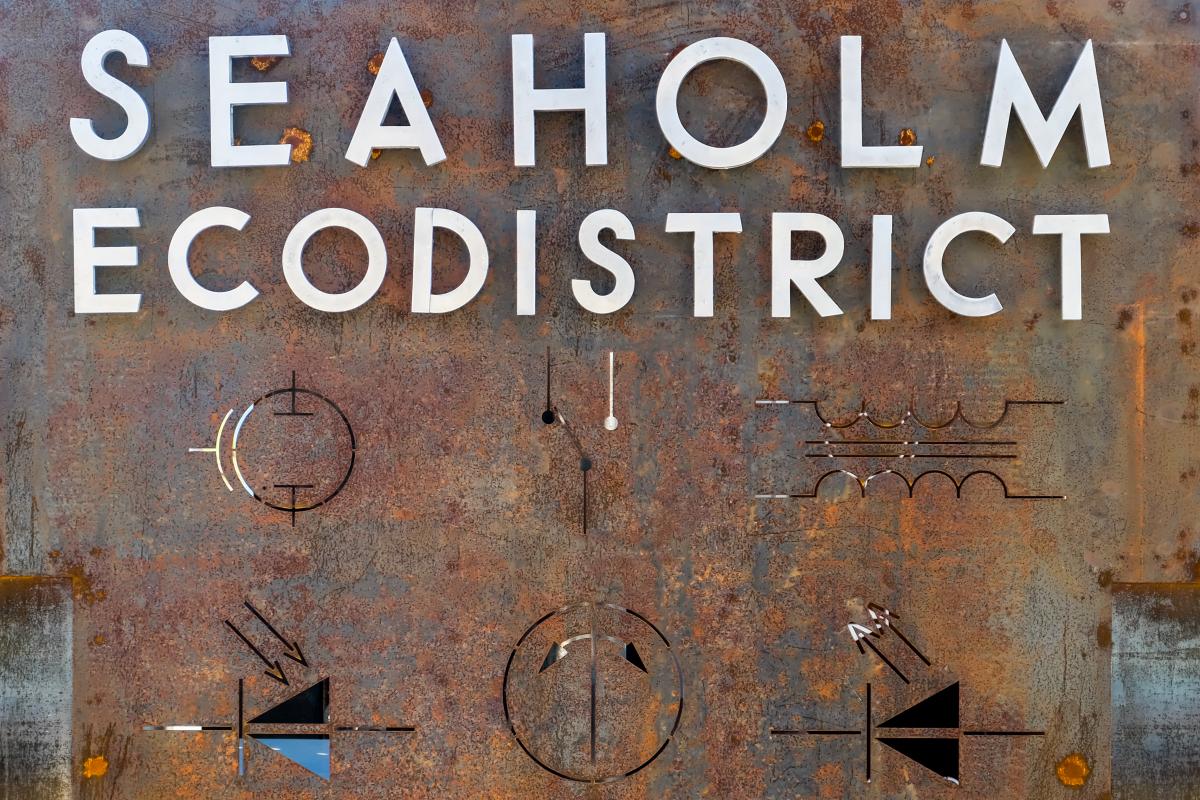 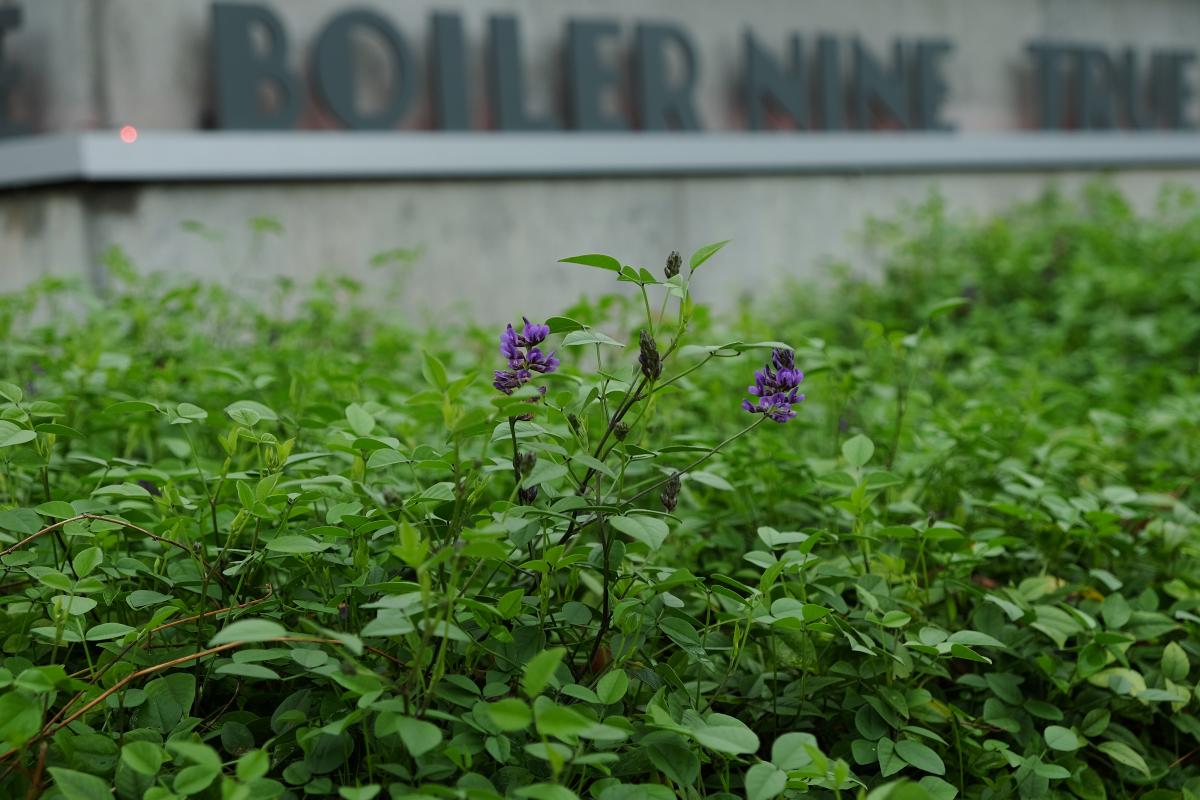 Along the shores of Shoal Creek, and near the Pfluger Pedestrian Bridge are several design strategies at work to protect our natural habitat. Thoughtful design creates attractive earth-friendly landscapes that reflect the character of central Texas, such as the limestone features, while conserving resources and providing attractive habitat for wildlife. Native and well-adapted plants have been carefully chosen to withstand drought conditions, resist pests and diseases, and serve as food sources for wildlife.

Rain gardens in the area help preserve water quality by capturing stormwater and providing natural filtration into the soil. This helps maintain our groundwater, prevent erosion, and keep harmful pollutants like fertilizers, oil, and other chemicals out of our waterways. 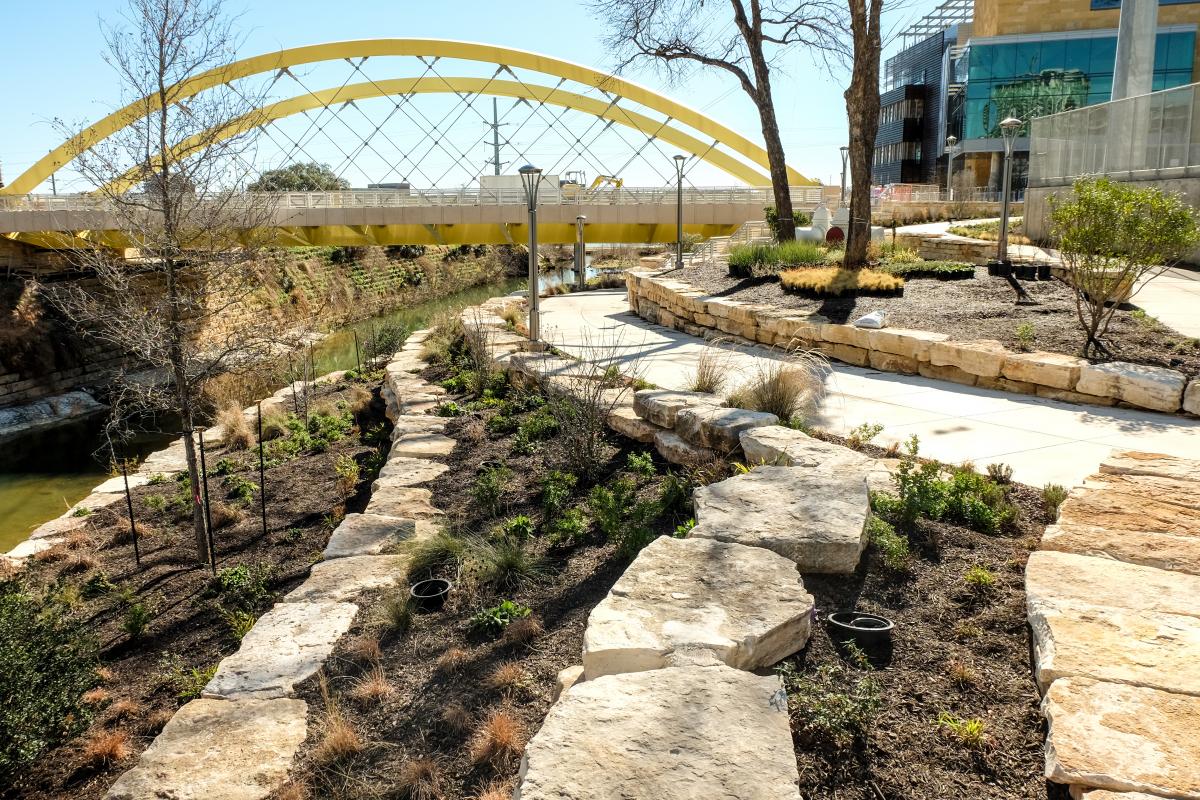 New bridges, trails and bikeways were constructed or improved to help connect bicyclists and pedestrians safely around town and throughout the EcoDistrict. Along many of these routes, there are peaceful spots to sit and reflect, or to take in views of the city. 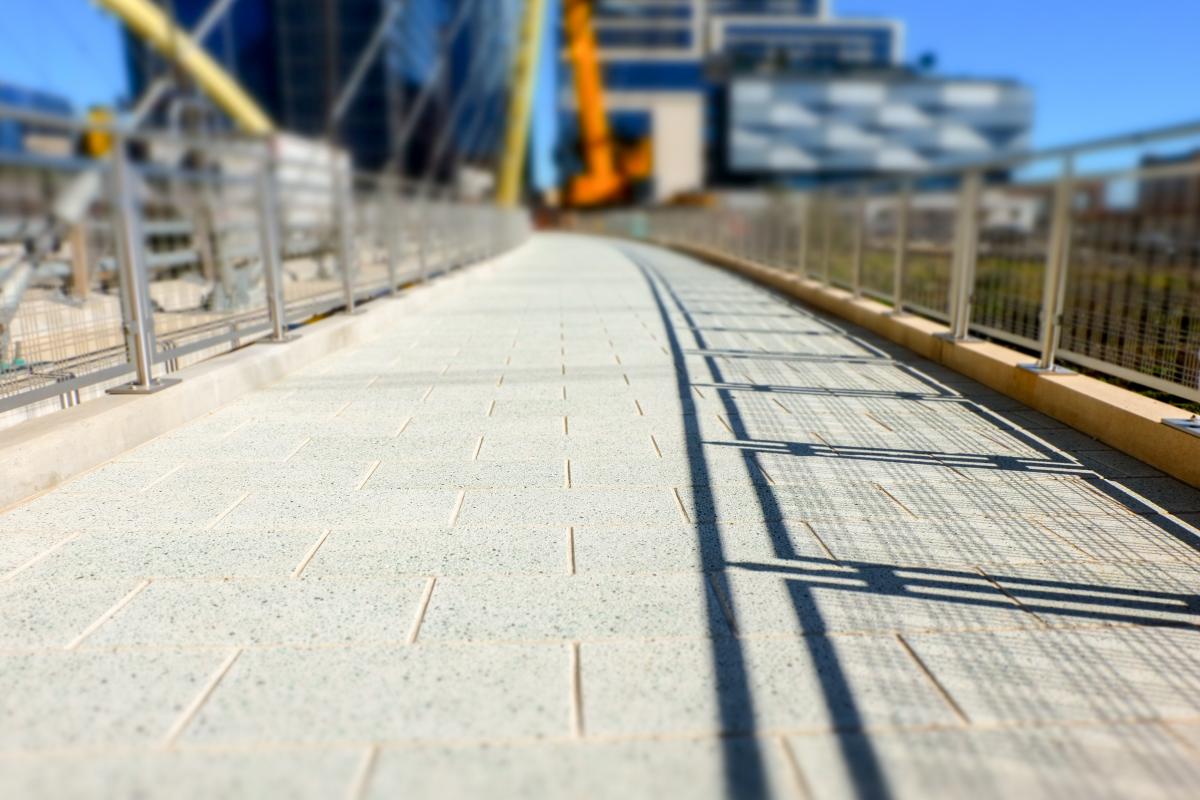 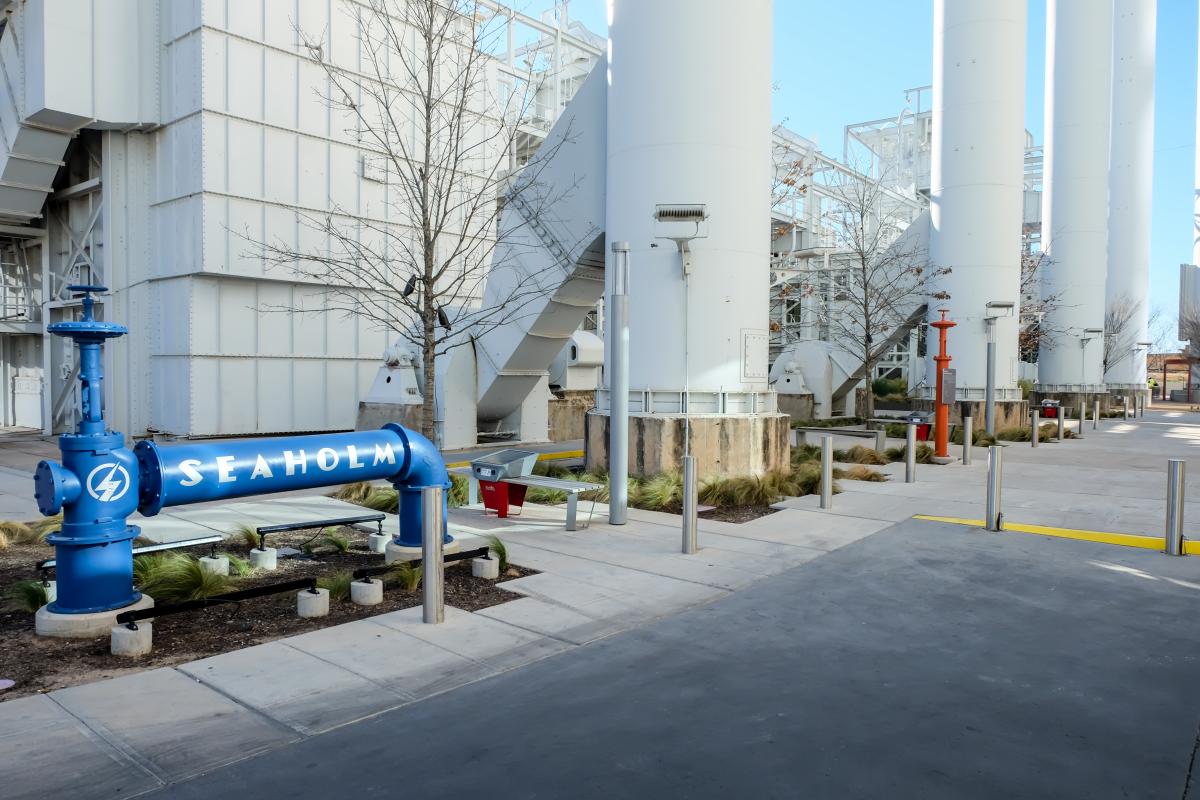 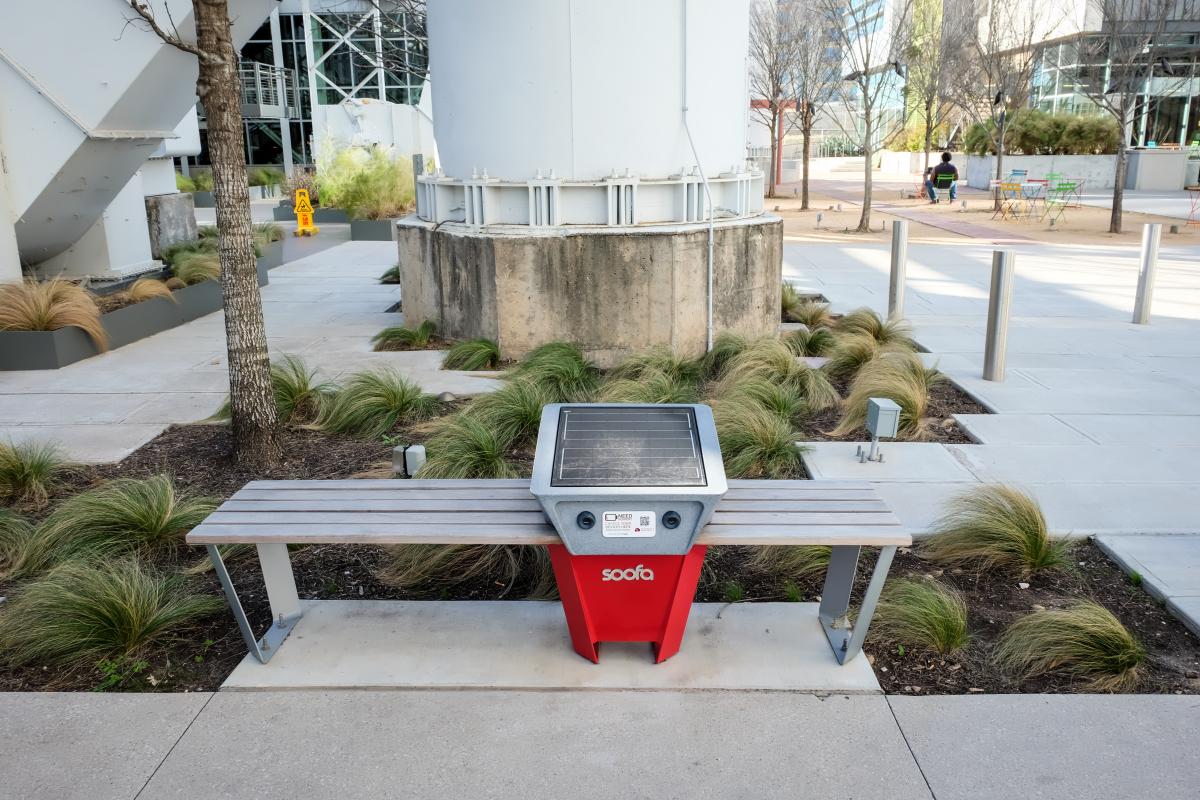 There are several notable public art pieces in the EcoDistrict area, and many are interactive — inviting participants to gather, experience, and wander.

The Seaholm EcoDistrict served to transform a former contaminated brownfield site that was unsafe for people into a thriving new hub for sustainable design. In its new incarnation as a lively neighborhood, everyone is encouraged to come and enjoy this safe, green, and revitalized space as one of Austin’s newest and most exciting assets. In many ways, the features of the EcoDistrict are both a nod to Austin’s past and a beacon toward it’s shining, green future. 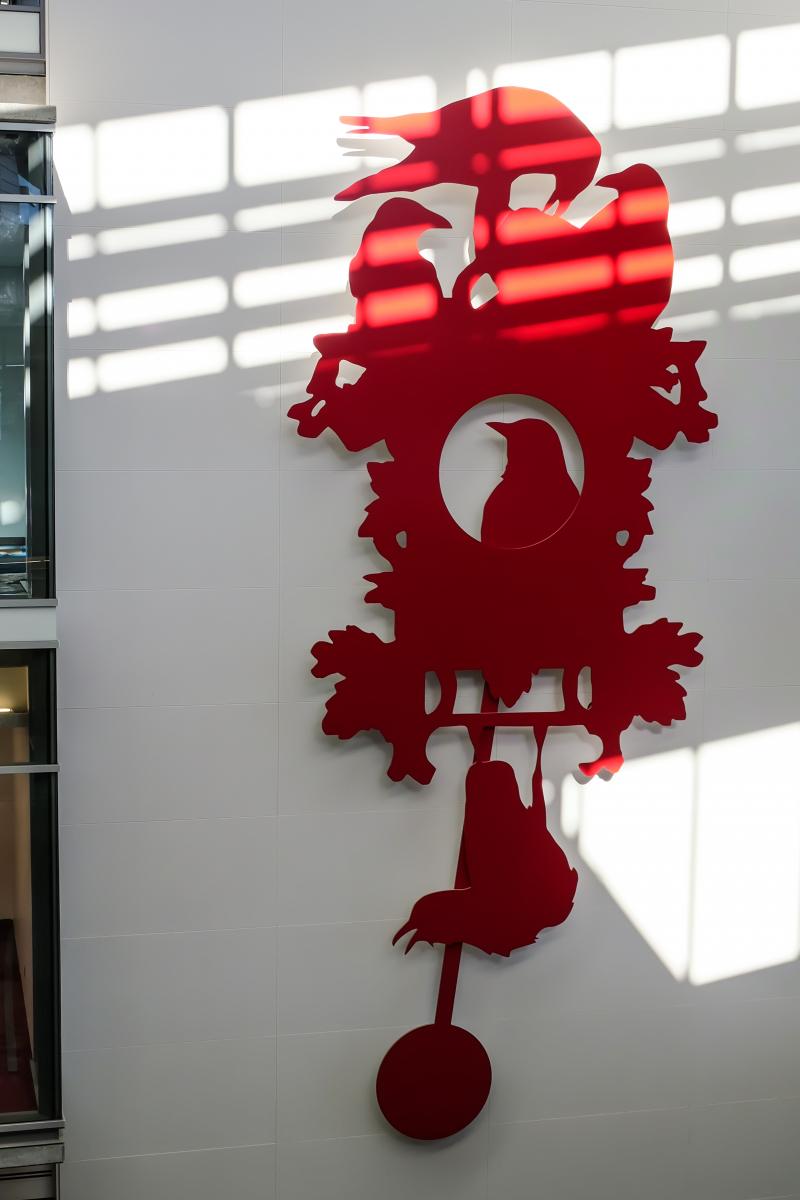 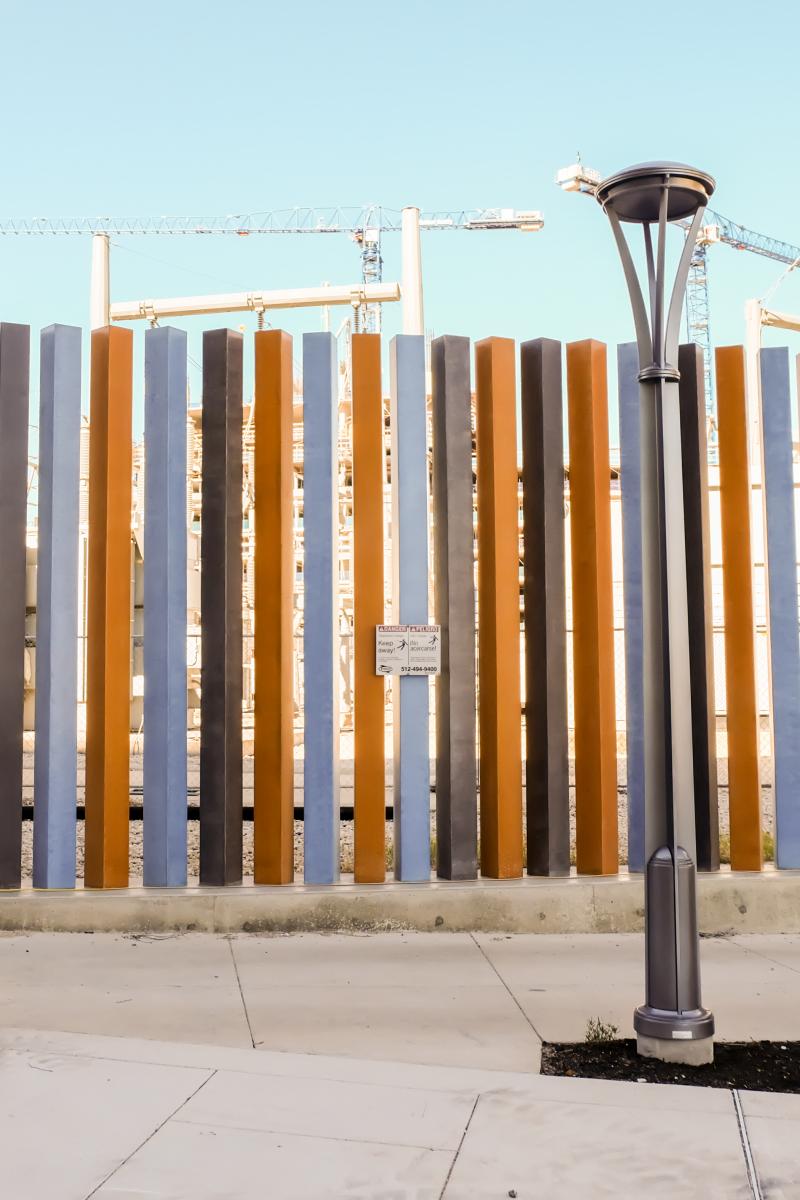 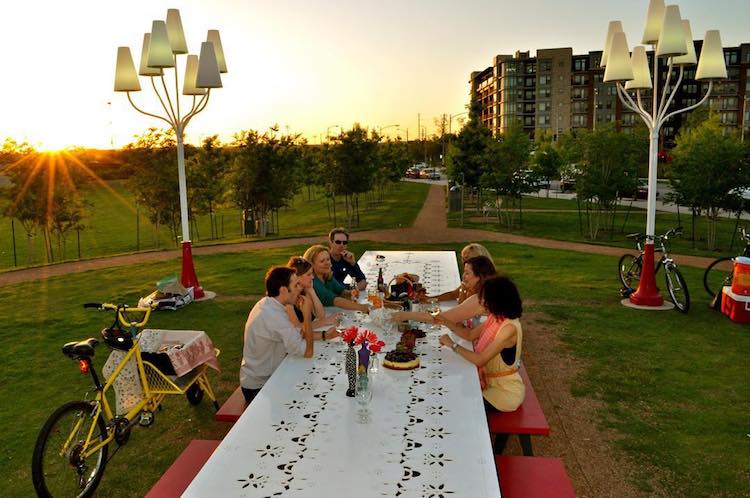