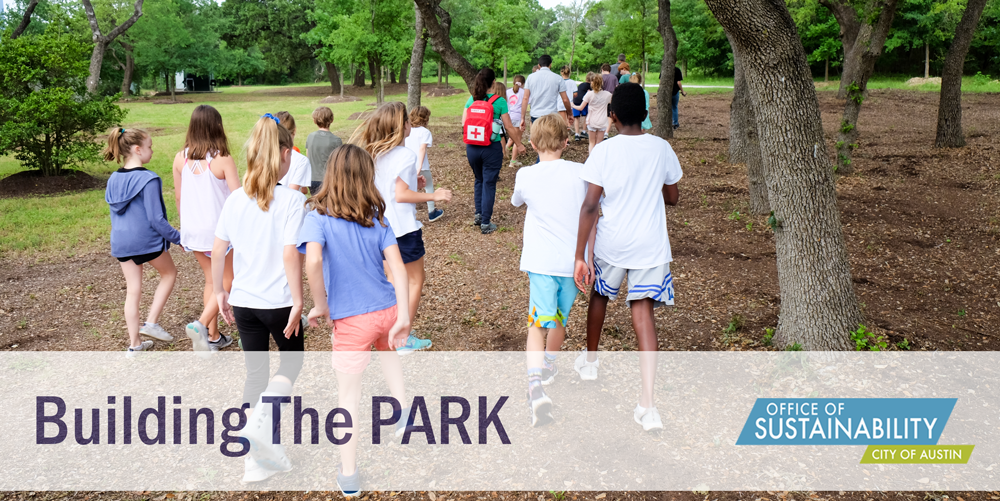 The Upper School campus at St. Andrew’s Episcopal School boasts a meandering network of trails that wind through Texas wildflowers and native oak groves. A couple of ponds on the property offer places for reflection and mindfulness, as well as habitat for birds, lizards, and insects. But, it wasn’t always this way. The students and faculty at St. Andrew’s have made great strides in restoring this land, while also making it accessible for young learners. 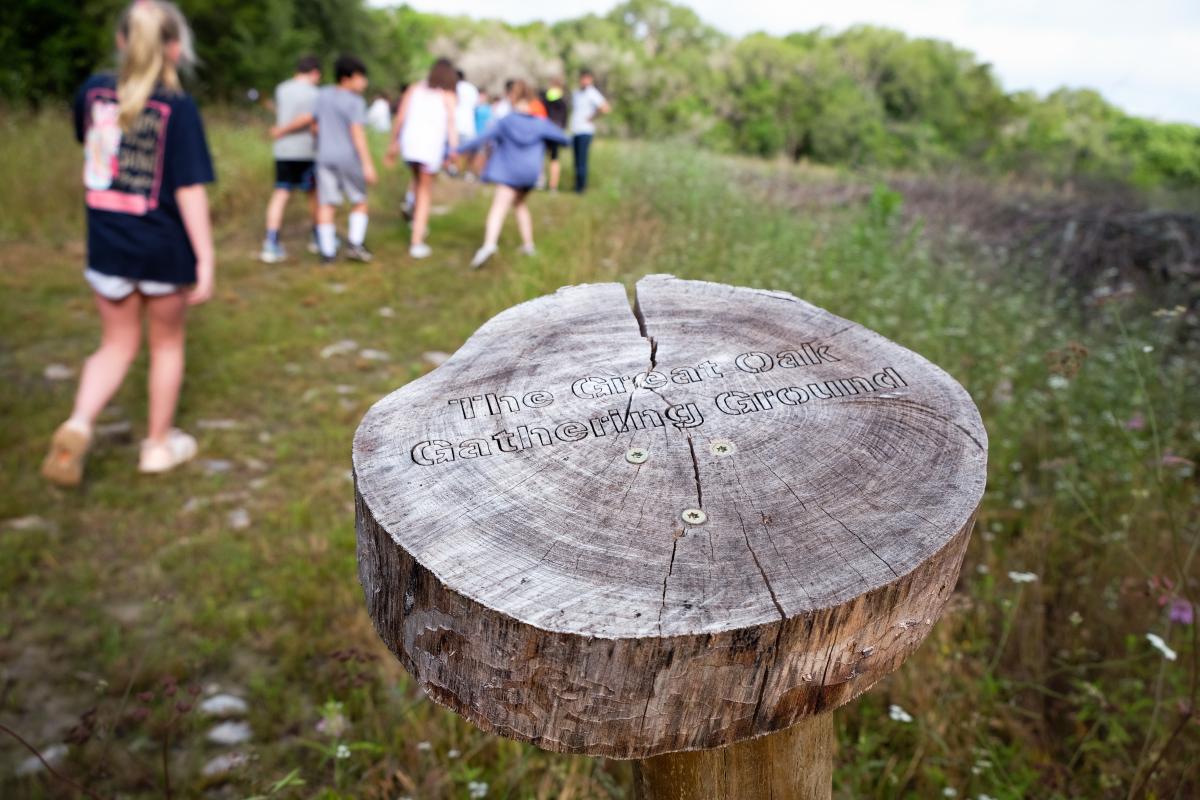 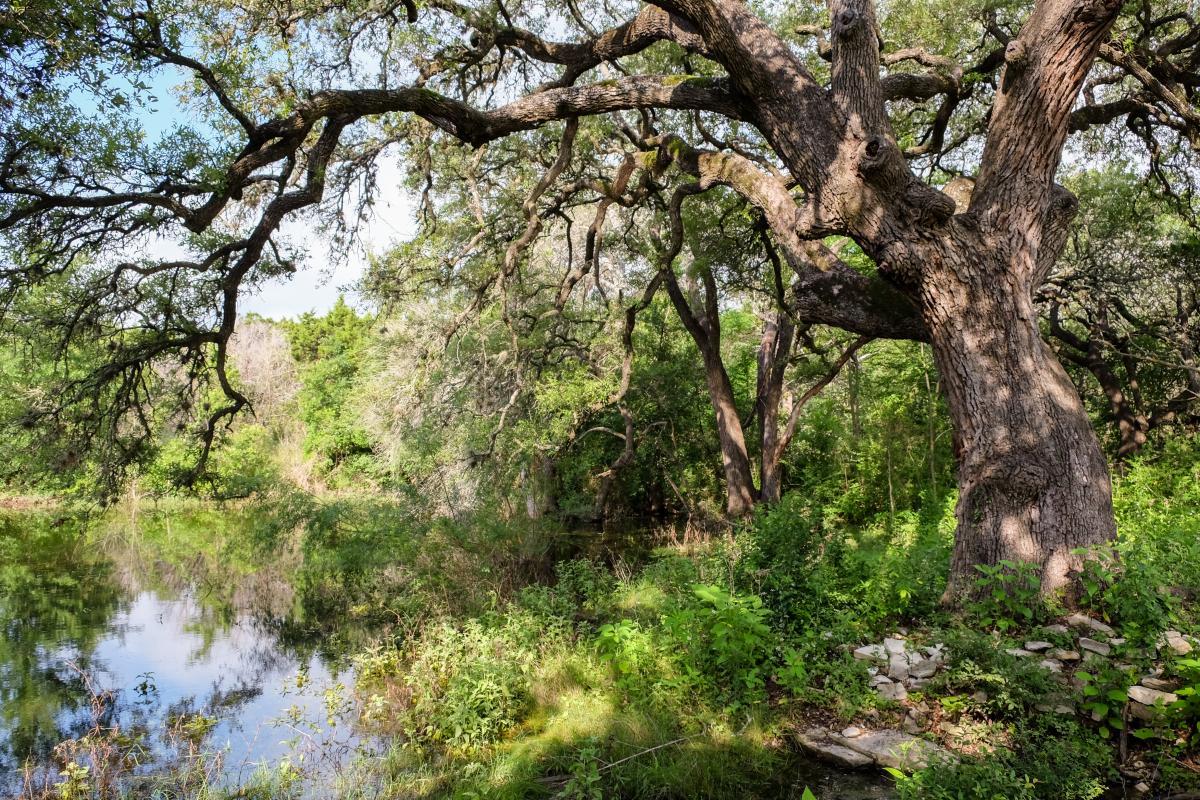 Originally, St. Andrew’s had just one campus on 31st Street, but later expanded to include an “Upper School”, which houses high school-age students. The original “Lower School” now serves the school’s K-8th graders. The Upper School campus, located on Southwest Parkway, is 126 acres, and has a wide-open college campus-like feel. It was designed to embrace the naturally rugged terrain of the land, offering outdoor spaces for students to hang out, study, or learn outdoors.

Last year, Greg Mele became the new Director of Outdoor Education at St. Andrew’s, tasked with improving the school’s outdoor engagement program, fostering student environmental awareness, and enhancing and maintaining the land. He set about developing a plan for the roughly 70 acres of newly acquired and existing property next to the Upper School and expanded the initial vision for the land from a “school farm” to a more expansive “school park” concept. This area is now known as “The PARK-Outdoor Engagement Space”, or “The PARK” for short. 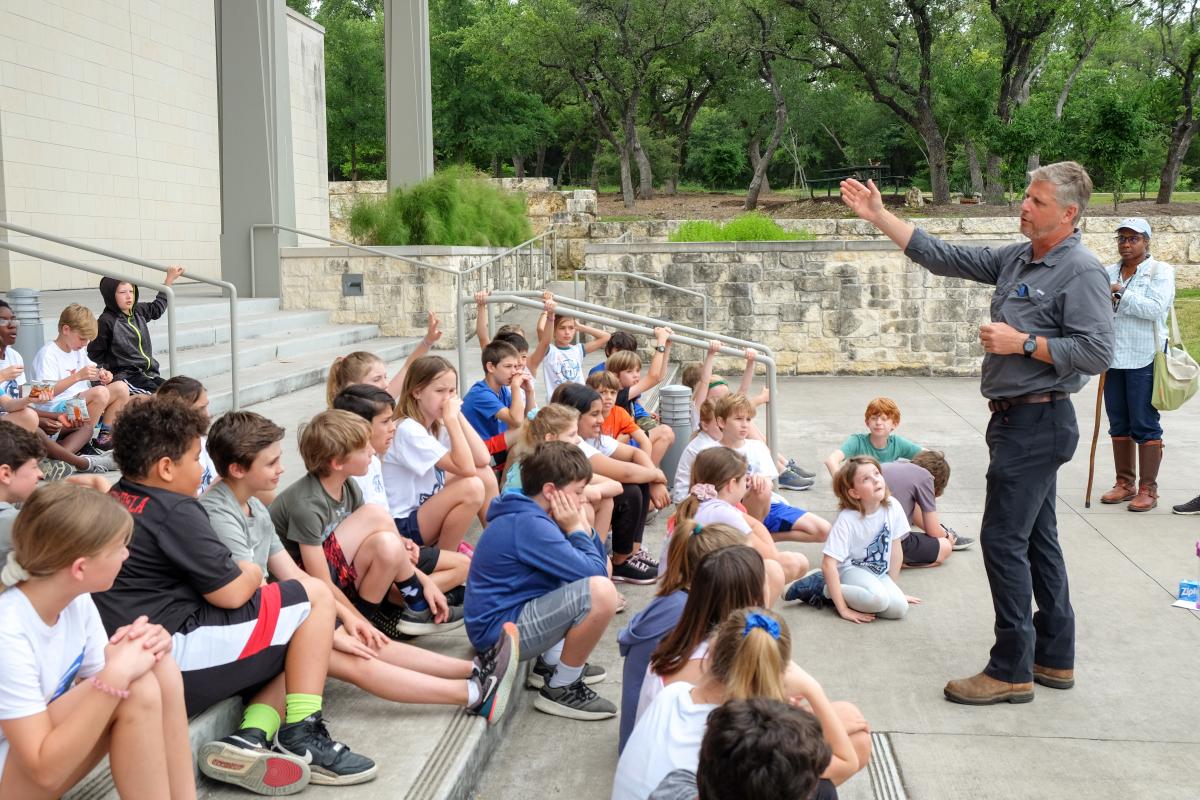 “The student and school community outcomes of The PARK are many,” Greg explained. “At St. Andrew’s, we intend to develop individuals that have a deep understanding and love of nature, and a life-long desire to advocate for the protection of natural areas. We realize that young people have a narrow window of time in their development to make a lasting connection with the outdoors.”

When Greg took on his new role, the land originally had few trails and lots of cedar overgrowth, so Greg knew that he had a big task in front of him. He first came up with a plan for the space that would include an arboretum, a botanical garden, a trail network, and a production garden. He wanted to preserve and enhance the land’s environmental features and species, while also allowing young learners to safely explore and interact with nature.

To help make his plan a reality, Greg applied for and was awarded a Bright Green Future Grant from the Office of Sustainability. The grant helped the school pay for equipment like shovels, chainsaws, work gloves, and loppers. Using these supplies, Greg, the students, and their teachers were able to create the park’s trail system. 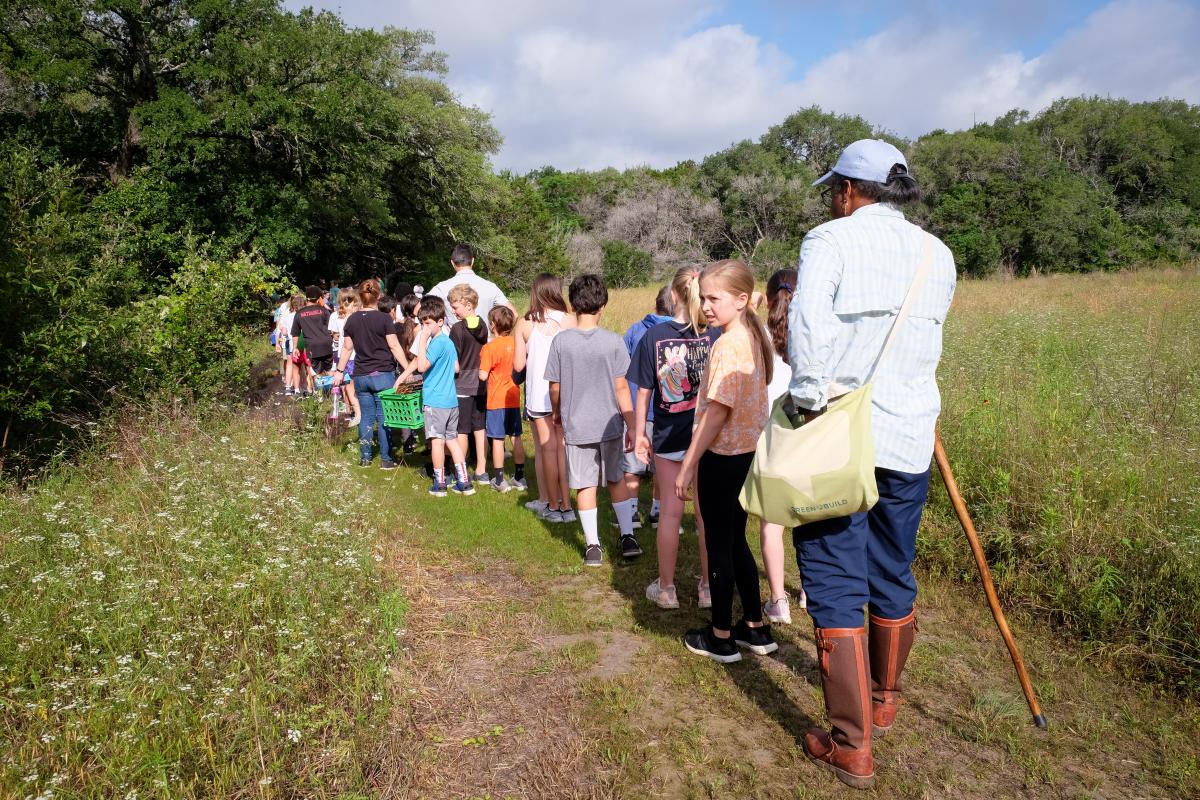 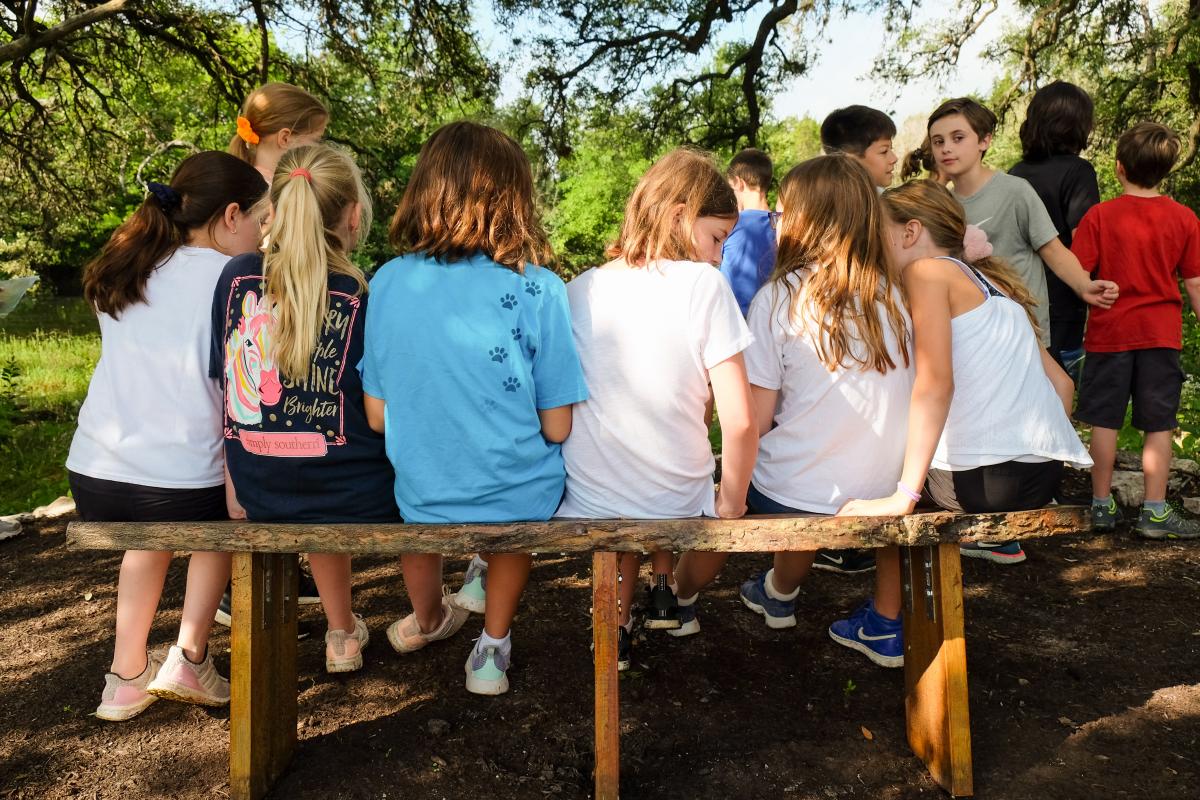 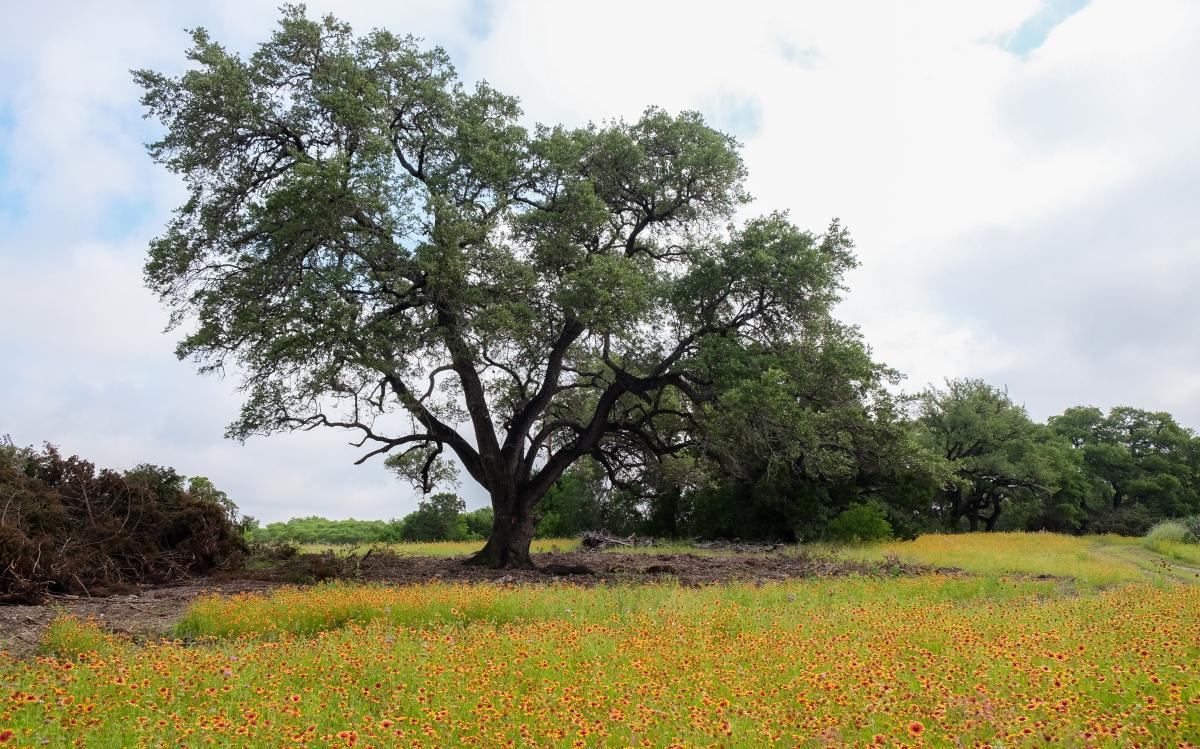 Experiential learning in The PARK

On a muggy, sunny day in May, Greg and his fellow teachers lead the 4th grade class on an art-making activity in The PARK. The task was to collect items like rocks, grasses, and flowers to create a piece of “earth art". Artist Andy Goldsworthy’s work and his approach to making art using natural materials were the inspiration for this activity. After Greg explained the rules to the class, they hit the trail to start searching.

As they explored the trail network, the students were able to identify different wildflowers by name. “The kids helped build these trails,” explained Greg. “Before they were here, it was very difficult to see this beautiful landscape.” To create a park and trail system, St. Andrew’s students helped remove cedar, cut trails, and rebuild stone walls. The gathering space and signage near the lower pond was created through a collaboration between Greg and an Eagle Scout Project proposed by an Upper School student. “It’s important that the students experience the value and dignity of working with their hands.” Said Greg. 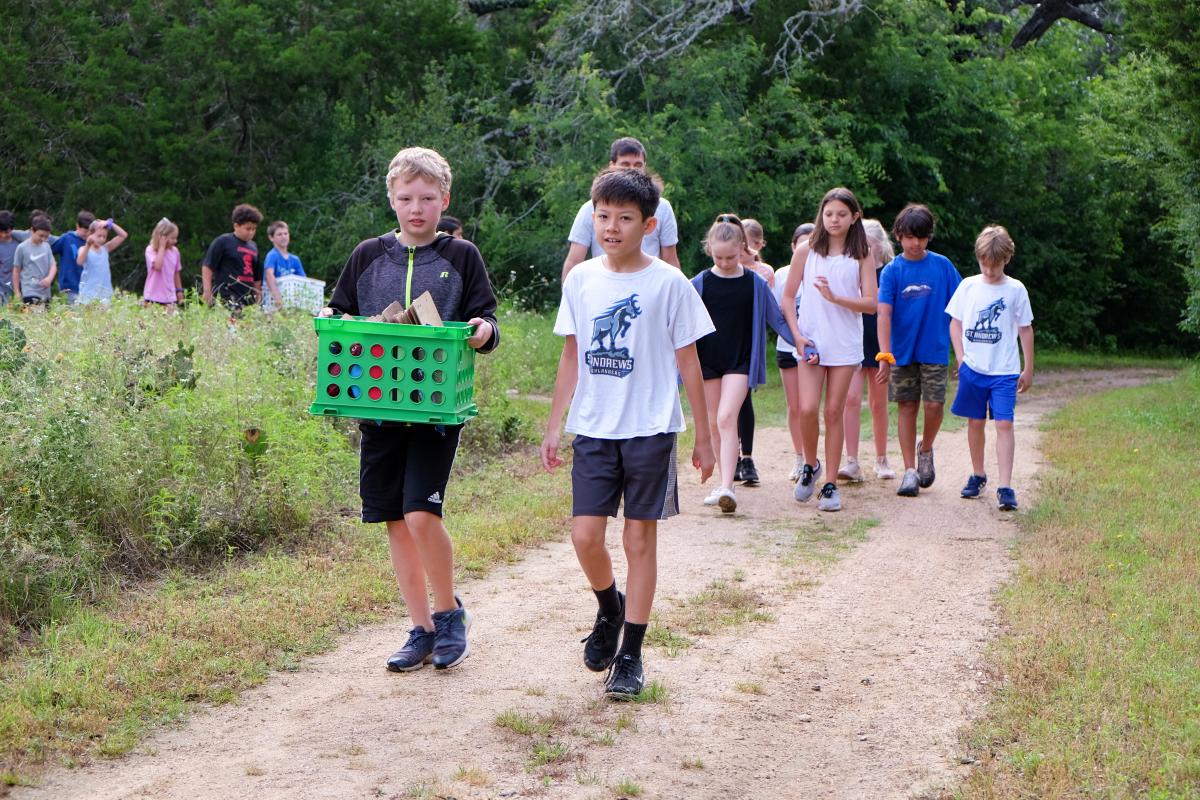 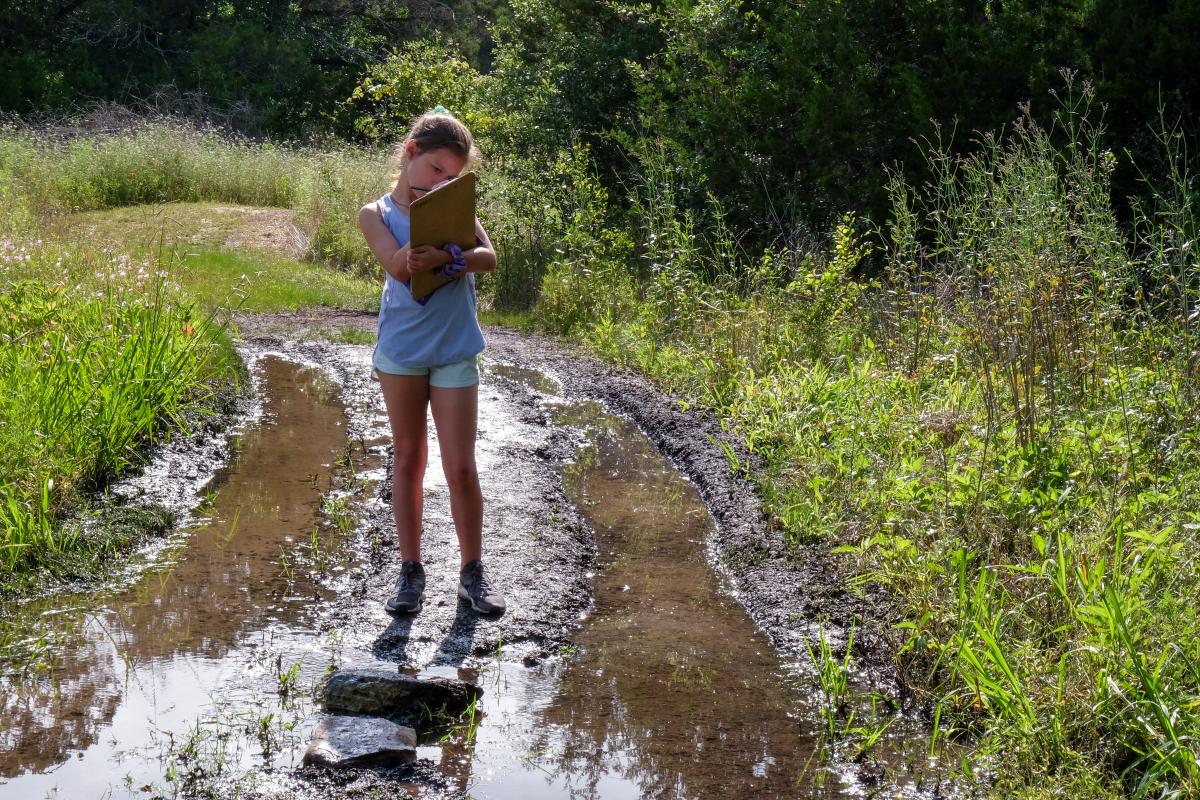 As part of the day’s activity, the students paused near the pond for a mindfulness exercise, led by the school’s Mindfulness Director, Adam Ortman. During the activity, Adam asked the kids to imagine that they were a large oak tree, with roots spreading into the ground and branches outstretched to the sky. The kids were quiet and reflective. “We do mindfulness activities with them from kindergarten all the way through high school,” explained Adam. “This way, these practices will follow them into adulthood. We have a big focus on mental health at our school.”

When the students returned from The PARK, they began building their creations. Each was unique, but almost all of them incorporated elements of wildflowers, since they were so abundant. The students chatted happily as they showed off their artwork.

Greg adheres to the belief that you protect what you love. “There’s a great quote by Senegalese forestry engineer Baba Dioum,” said Greg. “In the end, we will conserve only what we love, we will love only what we understand, and we will understand only what we are taught.” 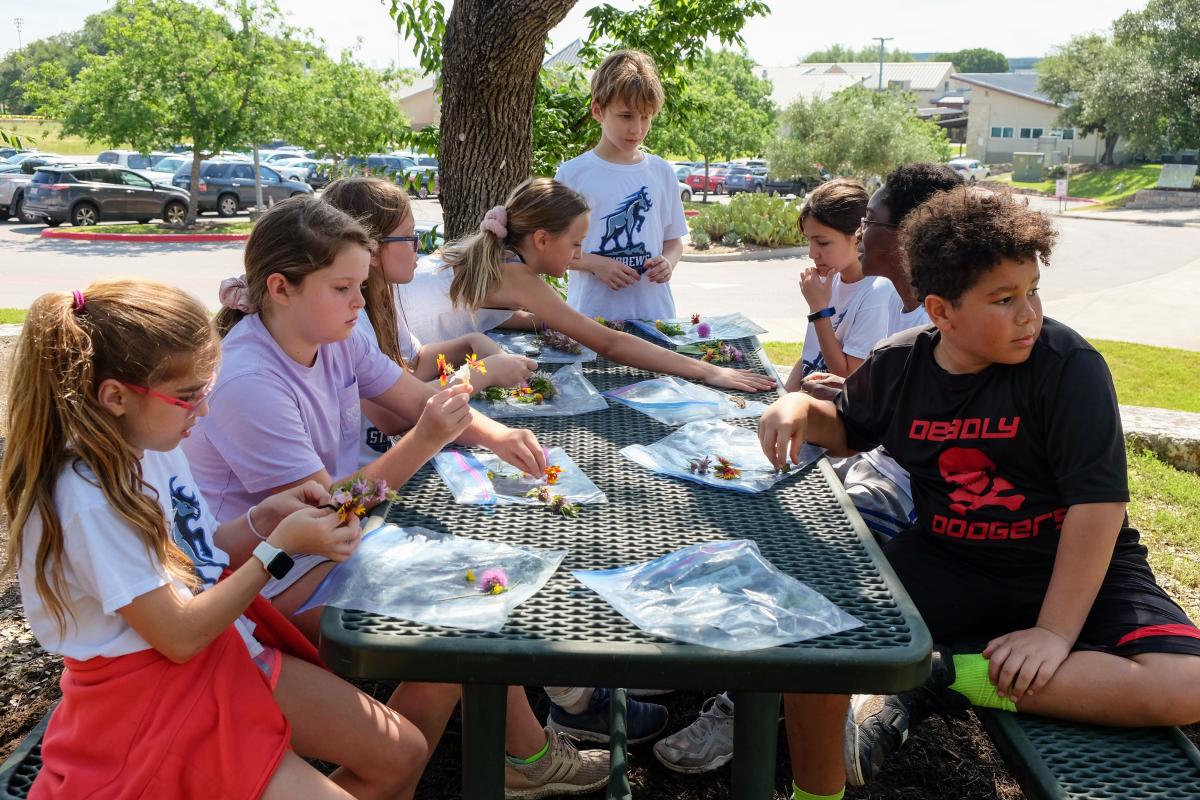 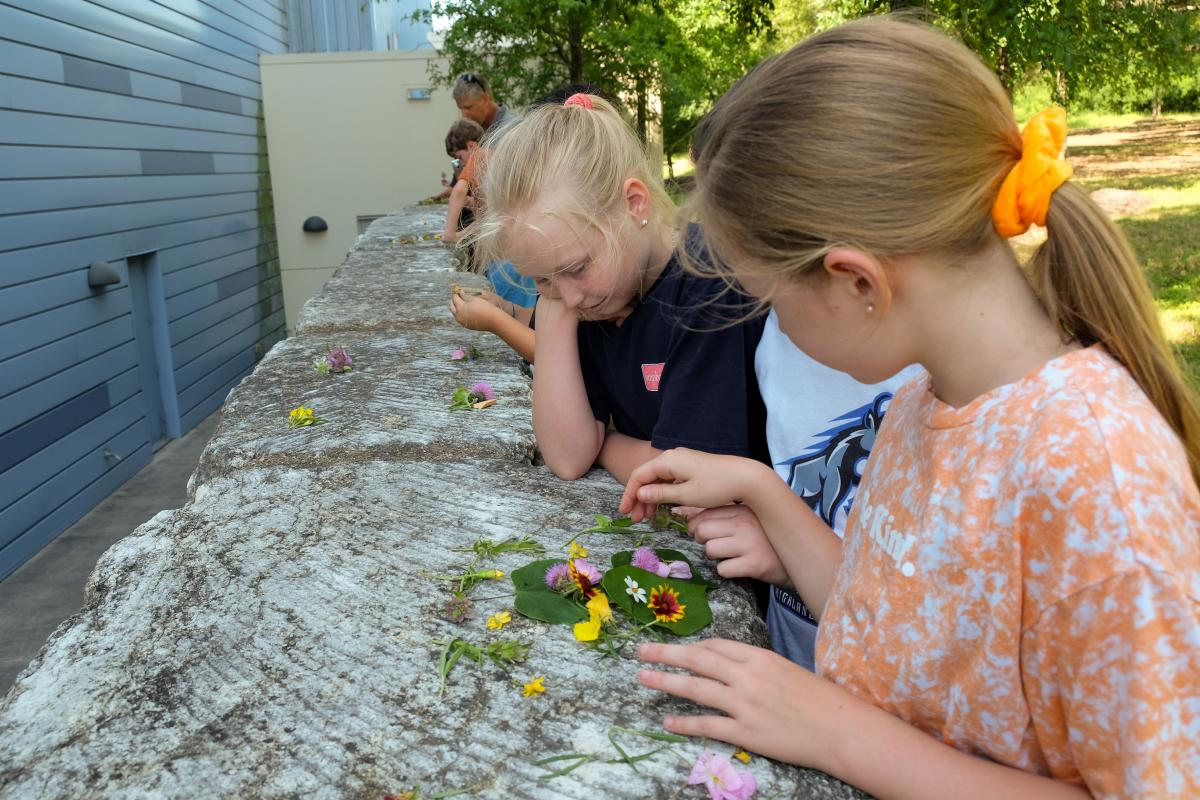 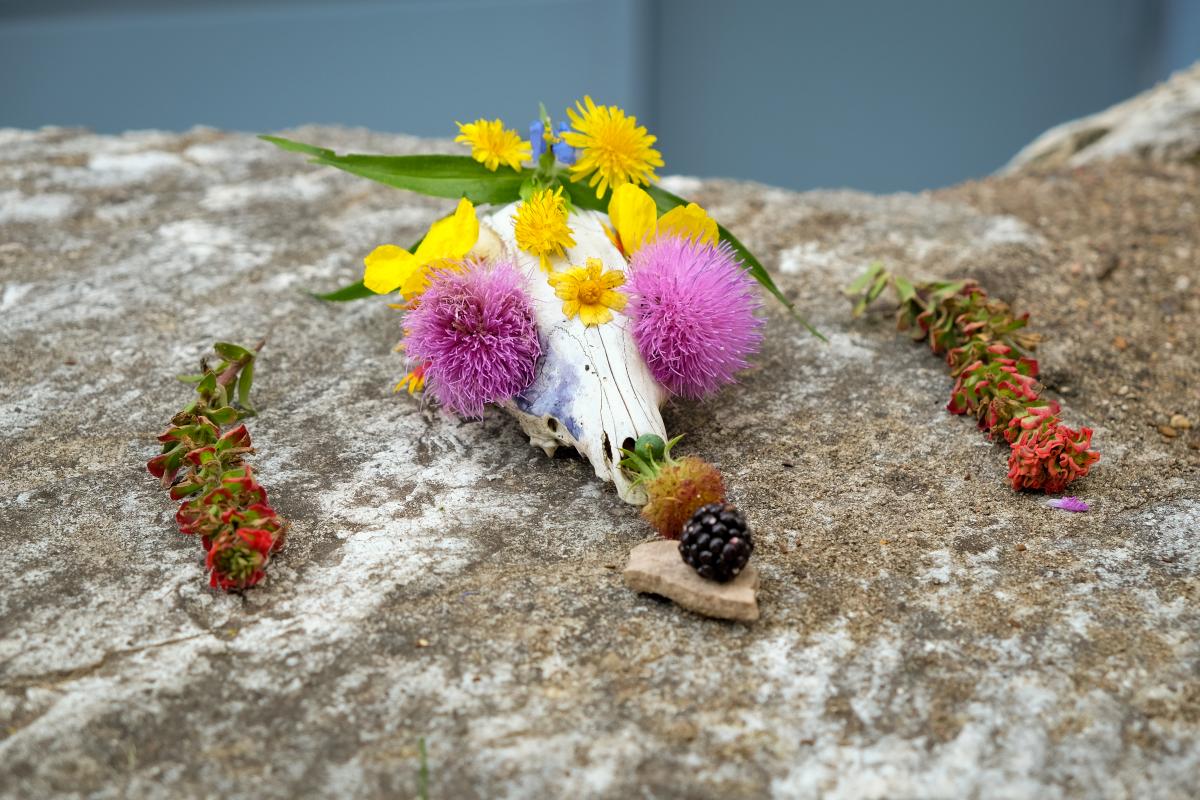 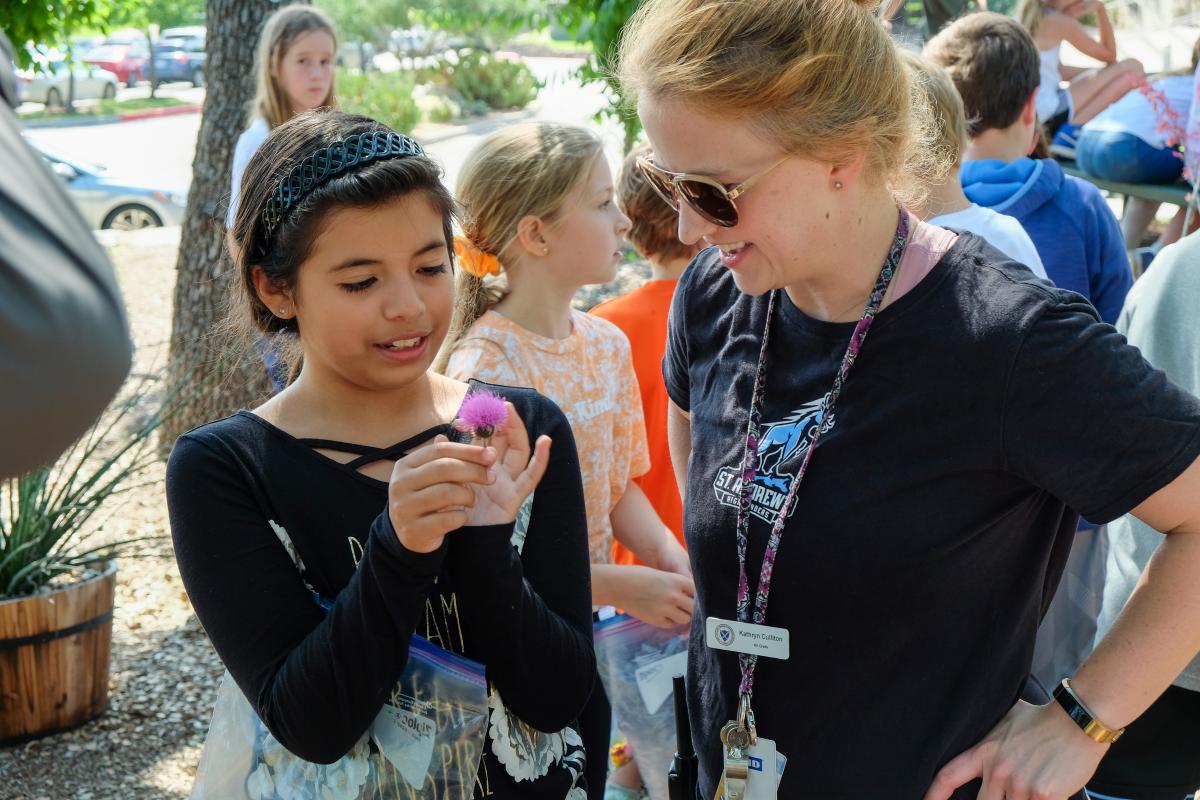 View more photos of students in The PARK>