Can an alley be more than just an alley?

This is the question that has been posed to stakeholders surrounding the Rainey Alley over the last few months.  For some, alleys are no more than back-of-house lanes to bring supplies in and remove trash.  To others they are unique assets of our shared public realm and should be activated with pedestrian centric activities.  To date, the Downtown Commission’s Alley Working Group and Austin’s Public Works Department have received 241 answers to this question; however, four local design teams donated their services to answer our question in graphic form. During our Rainey Alley Ideas Charette these teams offered Landscape Architecture, Architecture, and Civil Engineering expertise to help citizens see how an alley can be more than just an alley. 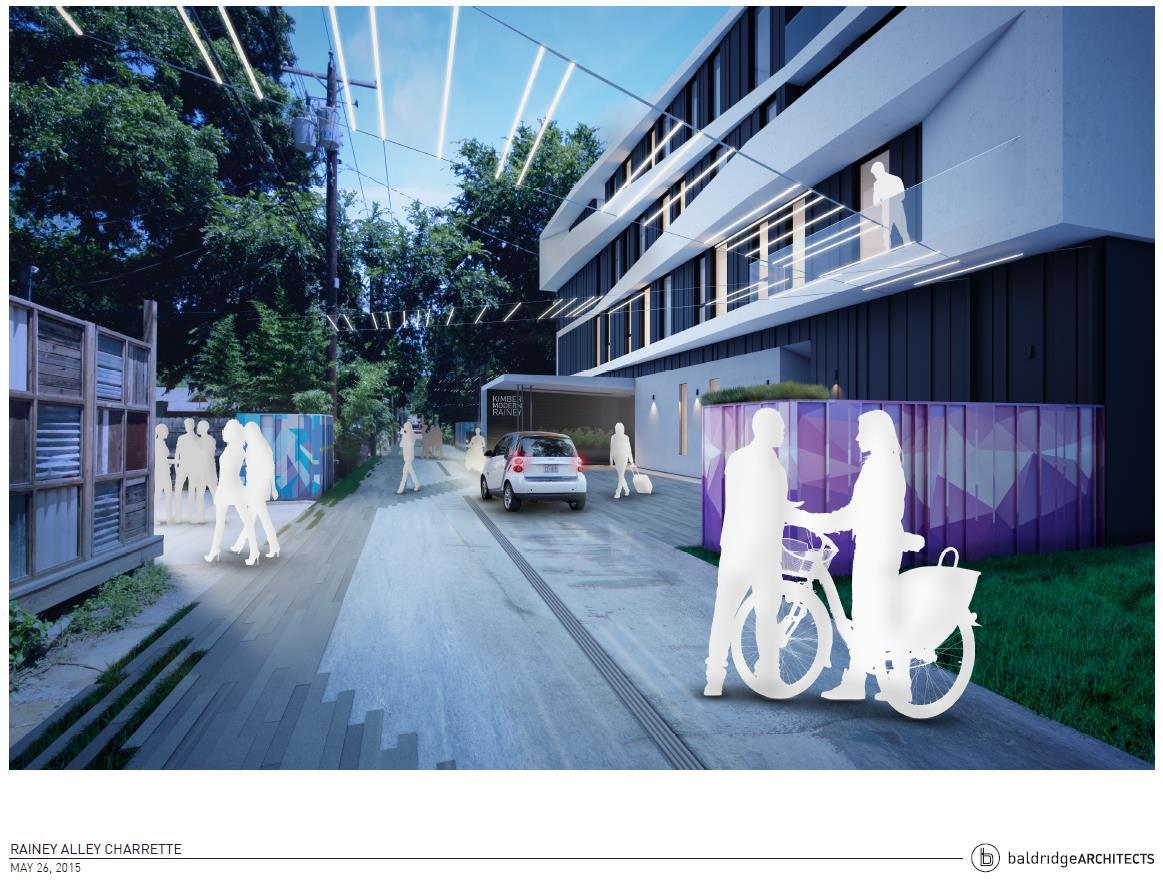 Baldrige Architects provided their answer by casting a vision that embraces the existing chaotic assemblage of trash dumpsters, power poles, property fences and out of control vegetation. Baldrige’s concept tames the alley with bold trash dumpster enclosures, a unique trellis of lights, and paving that helps separate pedestrians from the occasional automobile accessing the alley.

Studio dwg’s Team provided a concept that “stitched” together the Rainey Alley with twinkle lights, a patchwork of paving and sliding enclosures to hide the existing trash dumpsters when not in use. 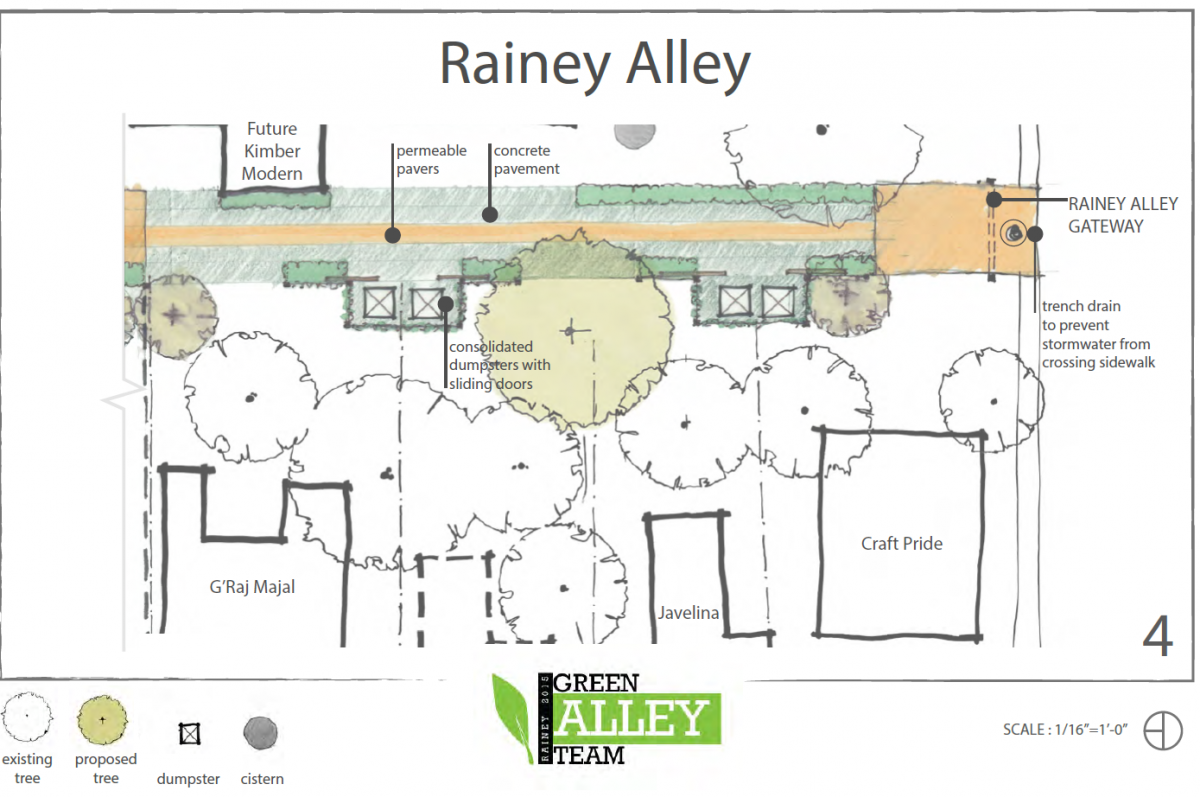 True to their name, the Green Alley Teamcreated a concept plan that envisioned “greening up” the alley with a water collecting spine of permeable pavers, green walls, and the key insertion of a few trees to help shade the alley.

Finally, TBG provided a concept plan proposes living walls to hide unsightly back of house items, underground cisterns to help irrigate the green walls, and street art to liven up the space.

Judging from our these responses and the majority of the other feedback received the answer to our question, “Can an alley be more than just an alley,” is a resounding , “Yes!”  These concepts and other responses from citizens will be used to help inform the use of the funding received to repave the alley.