Nine-year-old Asvini Thivakaran has been tirelessly raising awareness about battery recycling in her community in Round Rock, Texas for the past two years. Beginning with battery recycling in her home, she expanded her efforts to multiple locations in her community, diverting thousands of batteries from the landfill. Asvini was recently recognized for her efforts with the President’s Environmental Youth Award, which she accepted in Washington D.C. Awarded by the US Environmental Protection Agency, the award recognizes outstanding environmental projects by K-12 youth. Asvini is a fourth grader at Brushy Creek Elementary School and the daughter of Jothika Thivakaran, an engineer in the City’s Public Works Department. 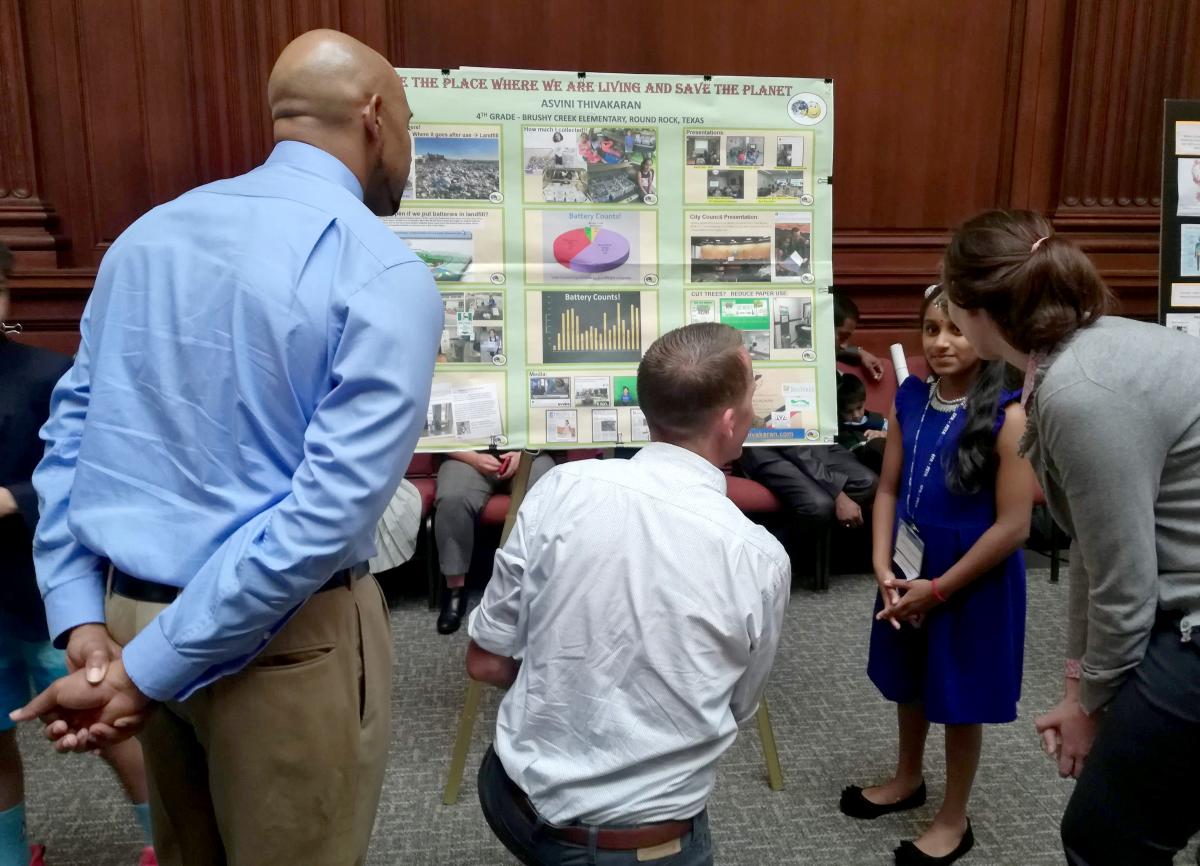 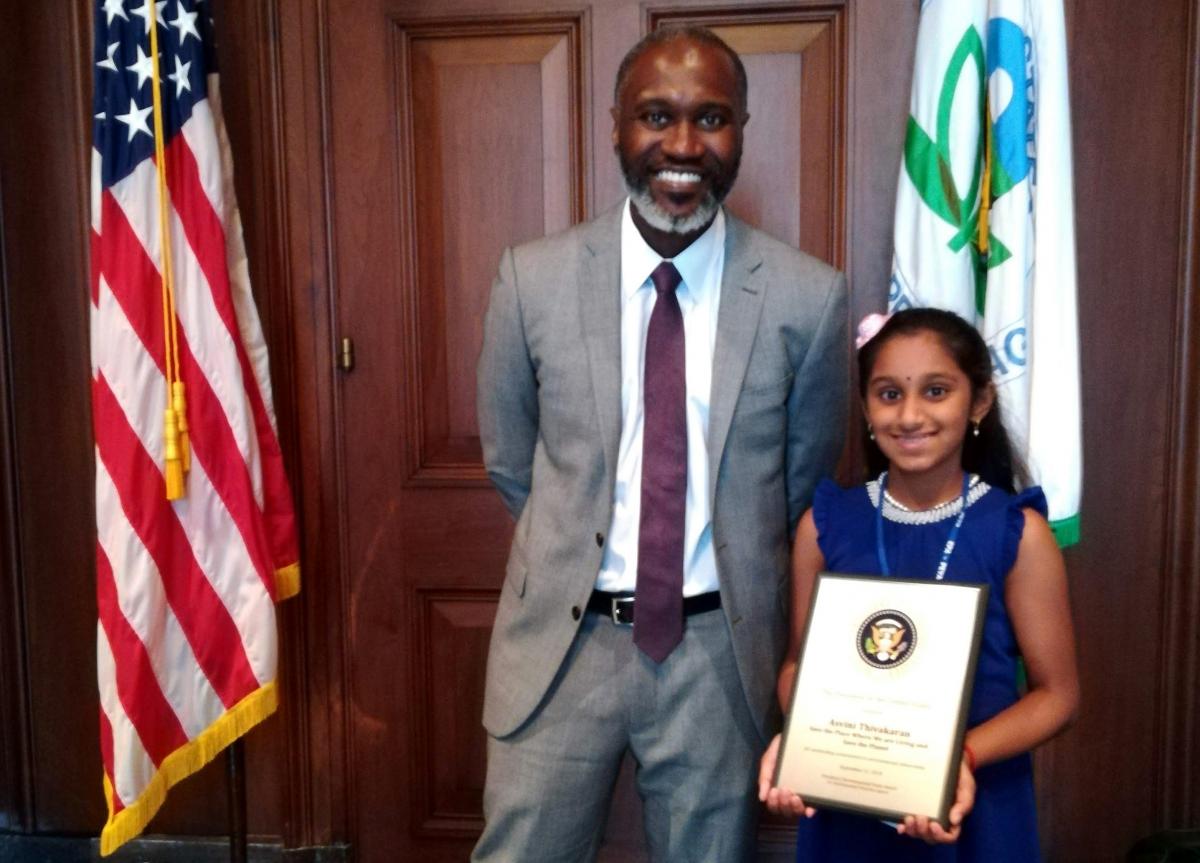 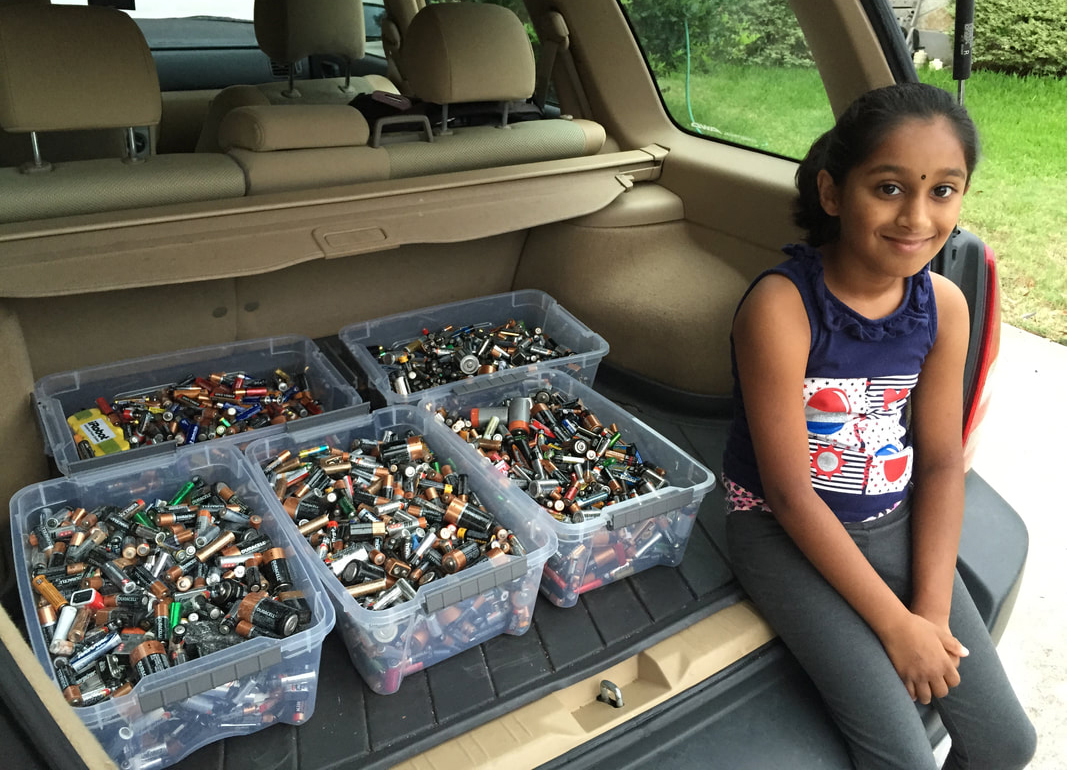 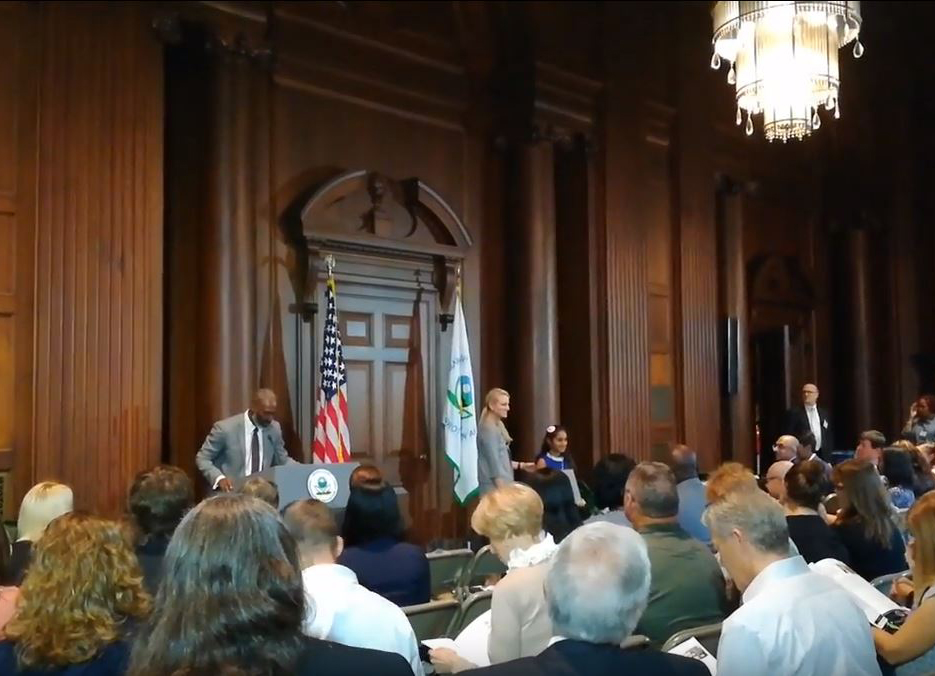 Asvini’s project, called “Save the Place Where We are Living and Save the Planet,” implemented a city-wide battery recycling initiative, diverting over 25,000 batteries weighing more than a ton. Asvini did her research and conducted a series of presentations about the dangers of the chemicals found in batteries. She made a clear connection between those dangers and associated human health risks, as well as damage done to the natural environment.

Soon after, she had her school, the library, and city officials involved, placing battery collection bins in her school’s classrooms, in the local library, recreation centers, and elsewhere. Her efforts have been recognized by the local media, the mayor, and environmental groups, and her work has expanded to include a website and a paper reduction campaign. Asvini has now added paper recycling to her outreach efforts and is taking her campaign even further.

Congratulations to Asvini, and proud parents Jothika and Mahendran Thivakaran! Read more about Asvini and her accomplishments> 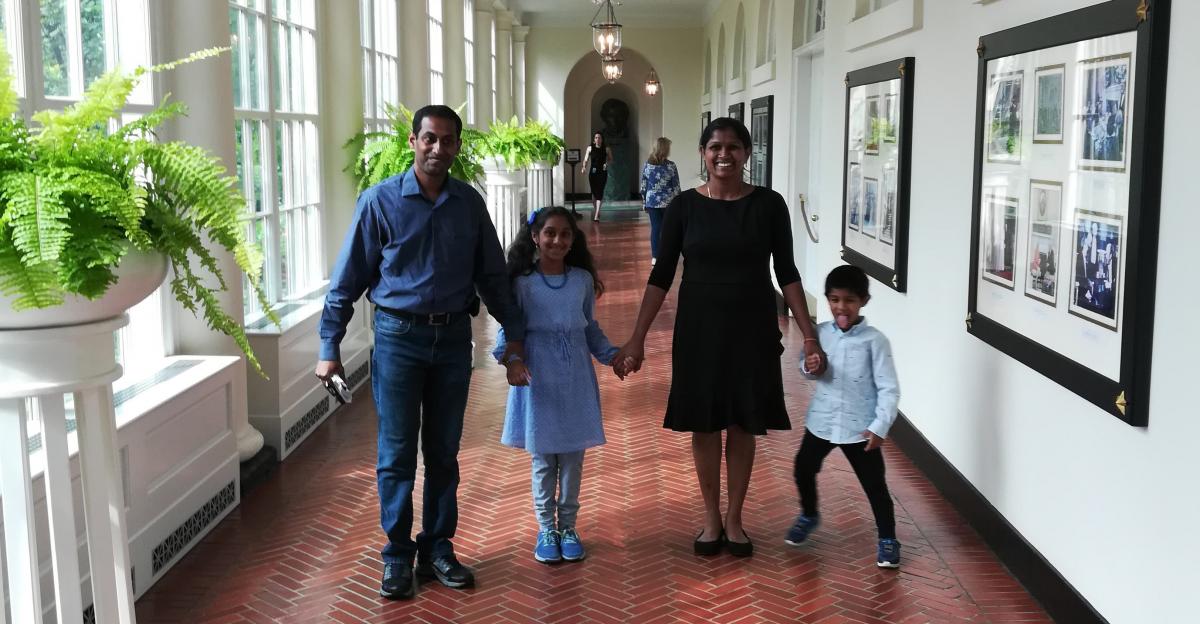