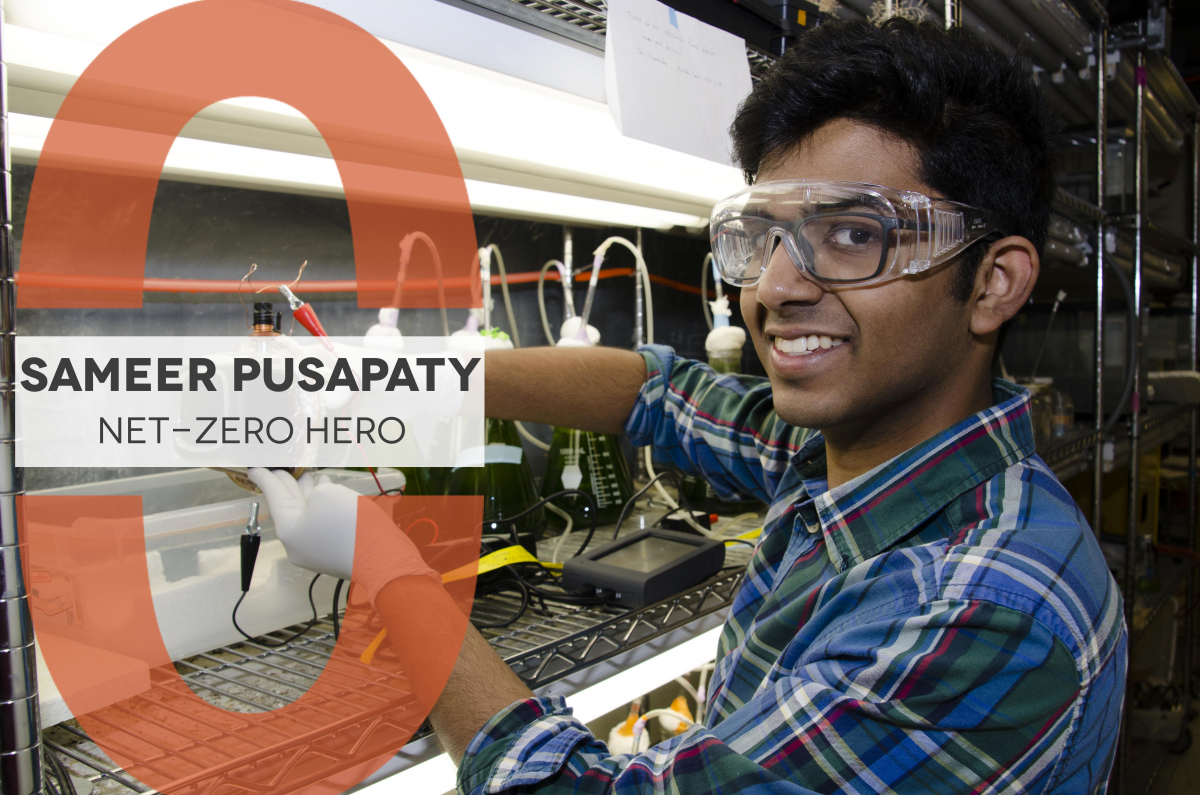 I’m helping to make Austin Net-Zero by encouraging residents of my community to recycle more. 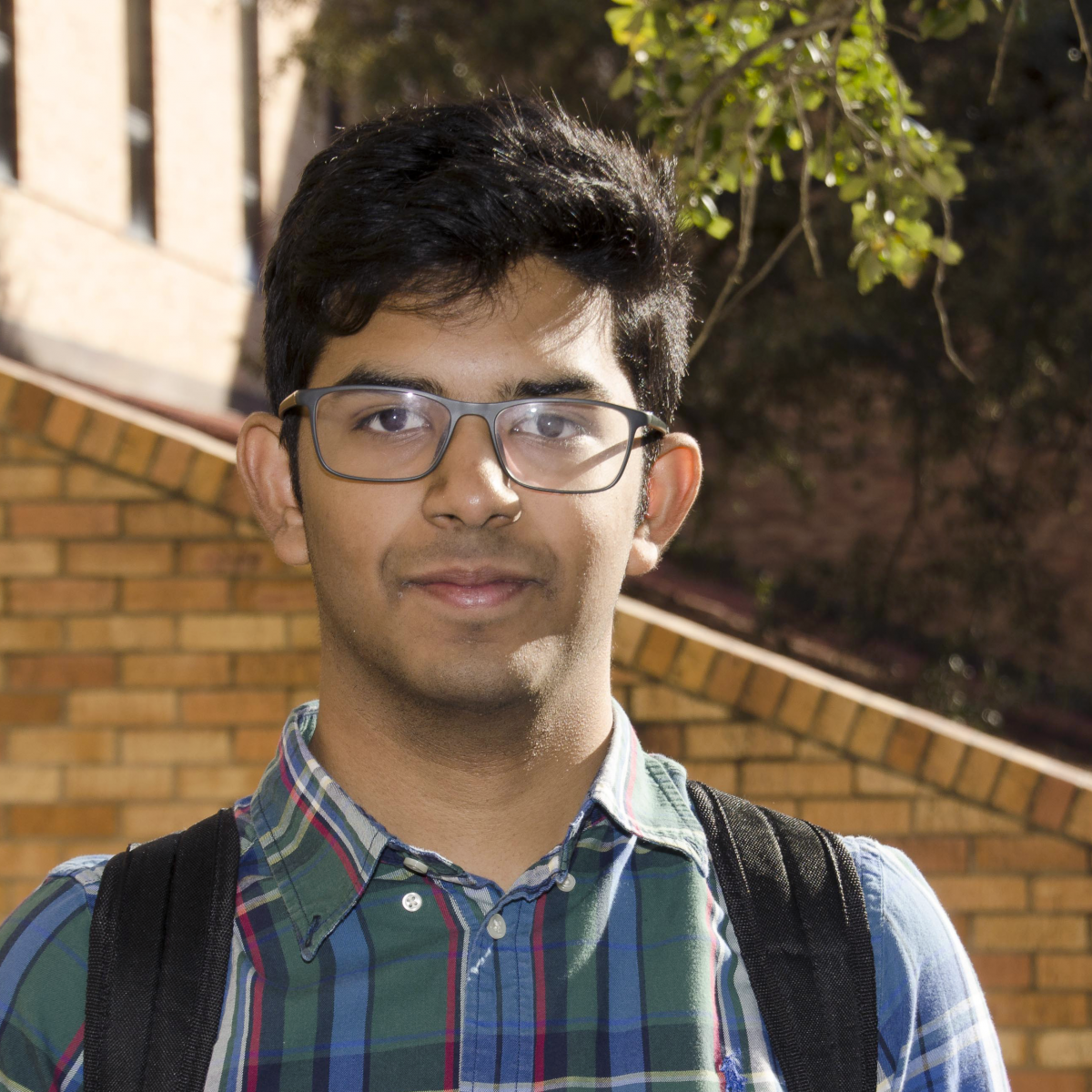 Austin is green and we all want to keep it that way! As a community, we’re committed to reaching the target of Net-Zero greenhouse gas emissions by 2050, which will ensure a safe, healthy, vibrant Austin for many years to come. Here’s the story of how one person can make a difference.

Meet Sameer Pusapaty, one of last year’s Austin Energy Regional Science Festival Best of Fair winners. We’ve been following Sameer’s impressive academic career since the Science Festival, and were pleased to meet up with him again at last fall’s SXSW Eco Conference, where he introduced keynote speaker Bill Nye. Sameer is an Austin Resource Recovery Block Leader and is committed to using science and research to tackle some of our toughest sustainability challenges. We spoke with Sameer about his commitment to Net-Zero, what his toughest challenges have been, and what advice he has for others looking to live Net-Zero. Read more below.

My interest in helping the environment started during my visits to India as a middle schooler. There I noticed discarded plastic bags, leftover food, cigarettes a quarter smoked, and even Styrofoam casings that perhaps once held someone’s TV. This trash wasn’t next to dumpsters on the side of the road, or in some inconspicuous alley. These hills of litter were on main roads, in front of houses, and even next to restaurants.

Unfortunately, the consequences of this ubiquitous garbage were severe. Puddles of water often spread through the town, and many people, including myself, got stomach infections due to contaminated water. This water also attracted disease vectors like mosquitos, which spread illnesses such as the Dengue Virus. Residents like my grandfather claimed that the damage was irreversible. I refused to believe that.

I became even more determined to avoid such littering. Reading about ways to manage waste, I realized that recycling can help and I decided to educate the residents of my own neighborhood. 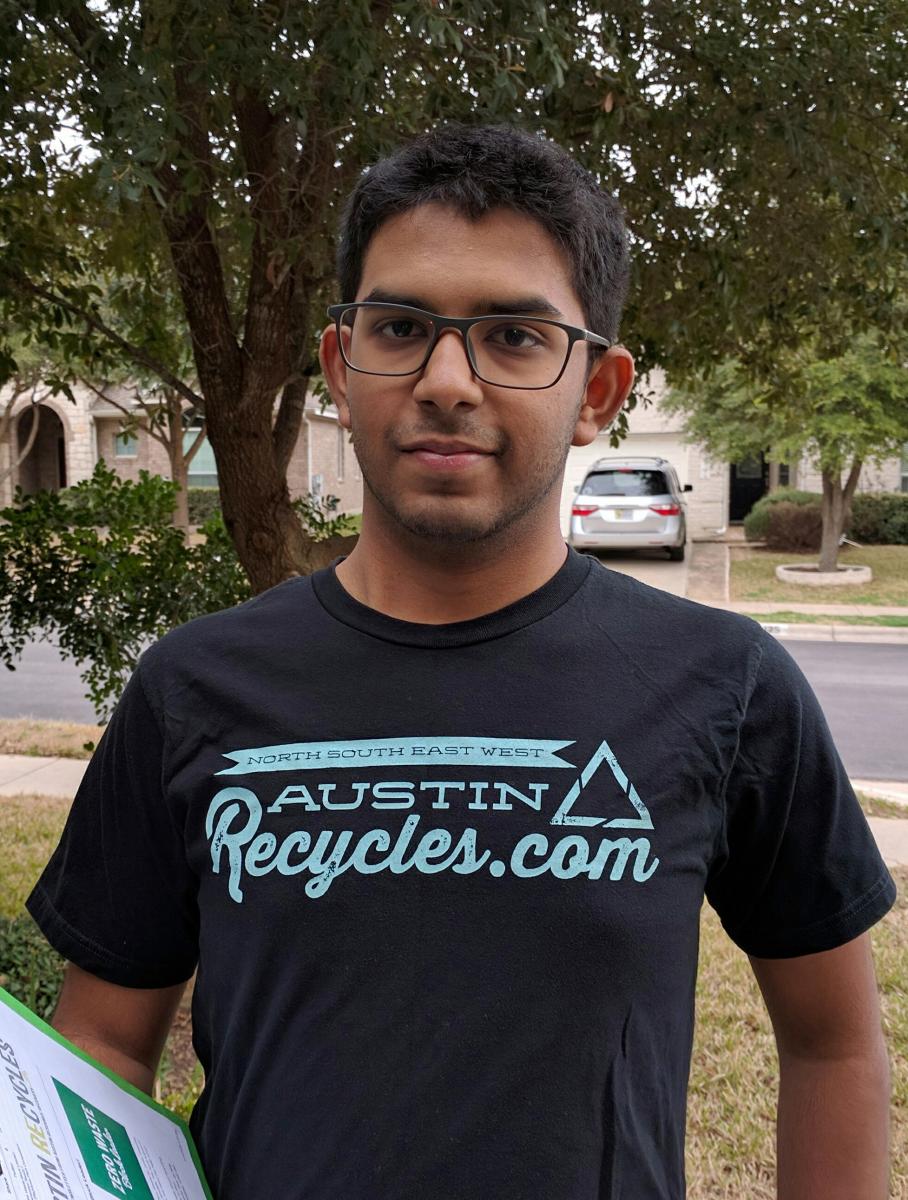 I volunteered to be a Zero Waste Advisor/Block Leader in December of 2012, which involved asking neighbors to pledge to recycle and distributing flyers and information regarding city waste disposal. As I started to reach out to people I learned that the some residents found recycling to be too confusing. I decided that automating recycling would relieve people of some of these challenges.

Most recyclable items have a barcode on the box, which is often easier to find than locating and interpreting the recycling symbol. So, I developed a mobile app which could scan the barcode to know about object’s appropriate disposal method. After customizing the app to add city specific rules, I got in contact with several households willing to try the app prototype first hand. To my delight, it was a hit. Many residents loved the app and offered great feedback.

Reaching out to people is sometimes difficult. Some residents are reluctant to answer the doorbell. It is not always easy to get people’s attention even for few minutes when I suddenly show up at their front door. Sometimes they assume that I am a salesperson asking them to buy something. But the prospect of meeting Austin’s zero waste goals is highly dependent on people’s involvement, so raising awareness is imperative. I have learned to communicate better to make the best use of their time and communicate effectively.

Sameer is working with professors at the University of Texas at Austin to try to identify ways to use carbon dioxide in the atmosphere to generate clean energy.

Promoting proper waste disposal procedures and gathering pledges to recycle, taught me the excitement one feels trying to help his or her own community. It is exciting for me to see people acknowledging the importance of recycling. I conducted an experiment with 10 households where I weighed their waste every week after the residents had meticulously separated their recyclables and biodegradables from their trash. They were all as excited as me to see how little real trash they generated. Instances like this make me realize how I can positively impact our environment. Though the change might be slow it gives me hope for a brighter future.

On a personal level, I feel happy to talk with different people and understand different perspectives. I have found speaking to my neighbors to be an effective way to share ideas and a simple pleasure.

Recycling more can divert a lot of waste away from the landfills. Every time a household recycles efficiently, our community is a step closer to reaching our zero waste goals and a brighter future. 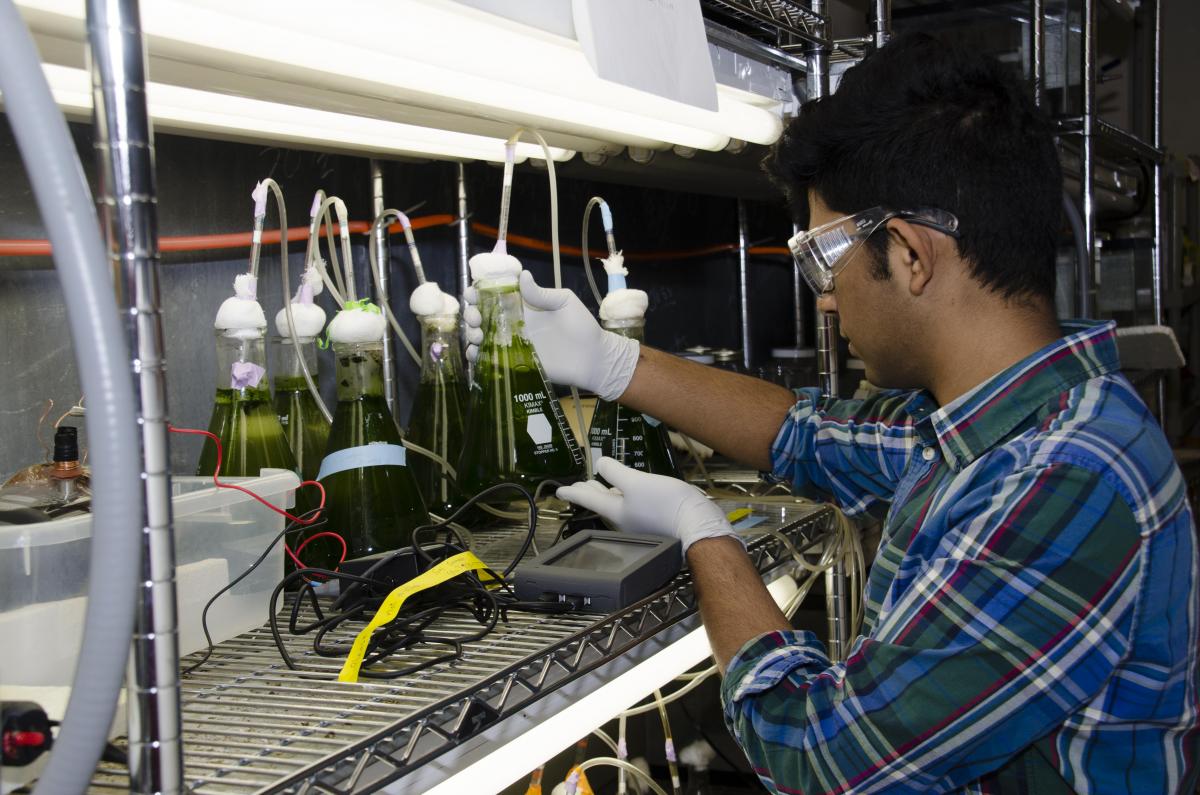 For the last three years, Sameer has also sought ways to remediate air pollution by generating hydrogen gas from captured carbon dioxide in the atmosphere.

Lowering the amount of trash sent to landfills reduces the amount of methane and other greenhouse gases released into the atmosphere. Every action counts!

Share your Net-Zero contributions with us on Twitter or Facebook and use #NetZeroHero. If you know a Net-Zero Hero who should be recognized for their efforts, send your nomination to sustainability@austintexas.gov.