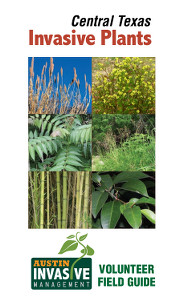 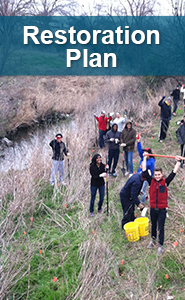 The National Invasive Species Council, established by Executive Order 13112 in 1999, defines invasive species as species that are: “…nonnative (or alien) to the ecosystem under consideration and whose introduction causes or is likely to cause economic or environmental harm or harm to human health.”

A “non-native” (or “alien”, “exotic” or “nonindigenous”) species is one that has been introduced by human action, intentionally or accidentally, into an ecosystem in which it did not previously occur. Introductions occur along a variety of pathways, or vectors, such as through commercial trade of a species or by accidental means. Invasive species can be plants, animals and other organisms (e.g., fungi).

An invasive species grows, reproduces and spreads rapidly, establishes over large areas and persists. In general, species that become invasive succeed due to favorable environmental conditions and an ability to grow and reproduce rapidly where resource availability is high (Daehler 2003). As invasive species spread and dominate ecosystems, they decrease biodiversity by displacing native plants and animals (Texas Invasives.org).

Thus, the definition of invasive used here has two components: 1) nonnative status and 2) the ability or potential to cause harm. It is important to note that not all nonnative species are considered invasive because many do not, or are not likely to, cause economic or environmental harm or harm to human health (Williamson 1996). Many non-native species support human livelihoods or a preferred quality of life. Examples include most crops and a number of exotic ornamentals (IASC 2006). Conversely, in some situations native species can cause economic or environmental harm or harm to human health. Examples include the economic impact of mesquite (Prosopis glandulosa var. glandulosa) spreading through a Texas rangeland, Ashe juniper (Juniperus ashei) altering the hydrology of the Hill Country or a painful rash caused by poison ivy (Toxicodendron radicans) growing along Lady Bird Lake. While these species can cause problems, and do require management, they are not considered invasive because they are native to these particular ecosystems.

Book 2 - Field Resources, Invasive Species Management Plan This is a working document that can be used to plan restoration activities that involve invasive plant management. It has basic information about different types of controls and field methods and includes a review of the most common invasive species in the Austin area, broken down by Woody Plants, Grasses, Herbaceous Plants and Aquatic Plants. Some of these reviews are fairly robust, while others are pretty sparse. We intend to update these annually, so would appreciate any feedback and “field stories” that would improve this guidance document. Please email feedback to John Clement

The Austin City Council passed a resolution on April 8, 2010 directing the City Manager to develop an Invasive Species Management Plan to guide efforts to minimize the harmful environmental and economic impacts of invasive plant species on city-managed properties. Subsequent to that resolution an agreement with the Lady Bird Johnson Wildflower Center led to creation of a working group with representatives from several City departments, Austin Parks Foundation, Keep Austin Beautiful, Texas Parks and Wildlife and the Austin Invasive Species Coalition. Over the course of ten consensus-based meetings, the Working Group developed strategic five-year goals based on a central framework of prevention, early detection-rapid response and long-term control at prioritized sites. The plan also includes recommendations for implementation including staffing, funding sources, centralized mapping and monitoring, and education and outreach. To improve the plan’s success, the working group has developed a preliminary list of priority invasive species and an invasive species resource manual with identification fact sheets and best management practices to control priority species.

The City of Austin Invasive Species Management Plan was developed in collaboration with multiple non-profits and departments.

Pesticides - Use On City Property

Only licensed pesticide applicators who are City of Austin staff or contractors may use pesticides on City property.

Learn more about riparian restoration techniques, including but not limited to invasive species removal in the frequently asked section of www.austintexas.gov/creekside .

Weed wrenches are available to check out from the Austin Parks Foundation and Keep Austin Beautiful.

When a species ends up in a new ecosystem, it is considered "introduced". Often, invasive species are spread by humans who do not realize that these plants, animals and insects are highly destructive.

This may happen, for example, when people plant garden ornamentals, range forage plants for cattle, or plants used for erosion control and habitat enhancement for wildlife. This can also occur when animals and insects are introduced to be used to control other organisms (particularly in agriculture).

Other species are introduced accidentally on imported nursery stock, fruits, and in ship ballast waters, on vehicles, in packing materials and shipping containers, through human-built canals, and from human travel. Dumping aquarium exotic fish and unwanted exotics into the water or wild are other common ways invasive species spread.