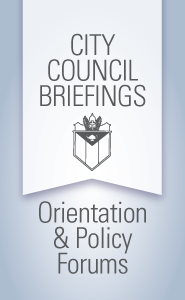 On this page you'll find information about the next upcoming Council election and historic election milestones achieved.