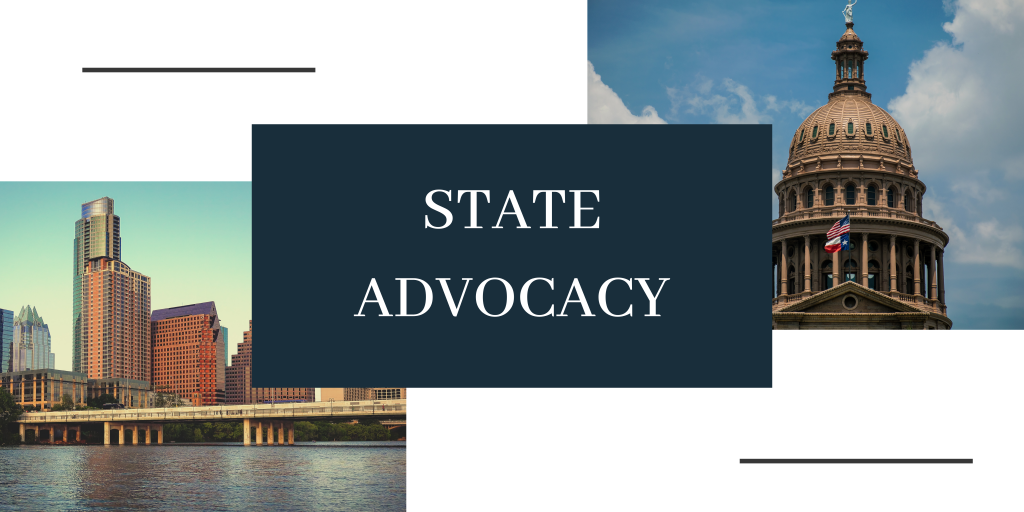 The City of Austin’s 87th State Legislative Agenda reflects the City’s priorities for efficient and cost-effective government services that foster Austin’s prosperity, sustainability and safety.  The City of Austin supports legislation that enhances City services, reduces the cost of providing services, prioritizes a prosperous business climate and improves the quality of life for its residents.  The City of Austin opposes legislation that strips Austin residents of their right to self-governance, increases taxpayer costs for City services that residents rely on, undermines the principle of home rule, negatively affects the City’s financial ability to act in the best interest of its residents, or imposes on Austin taxpayers the burden of paying for State mandates or collecting revenues for the State.

The City of Austin is proud of the work accomplished during the 87th Texas Legislature. Below you will find a recap of the testimony and largest issues that your community advocates tackled this session.

Prior to the 87th Legislature, the Austin Police Retirement System was in need of fundamental changes to the member and City contribution rates in order to improve the financial health and sustainability of the system, to protect the benefits of our current, retired, and future officers, and to put reasonable protections in place for taxpayers. These necessary changes required legislative action. HB 4368, the mutually agreed upon bill between the City of Austin and APRS, passed the legislature unanimously.  The final bill that passed was a win-win for the participants of the retirement system and the City of Austin.

*Note: CFO Van Eenoo testified against the bill before APRS agreed to enter negotiations with the City of Austin. The City amended  its position to be supportive of the bill in its final form.

Support for Investments in Cloud Computing

Prior to the passage of SB 58, local governments could finance computer hardware, but not cloud computing services.

With the passage of this City of Austin initiated legislation, the City will be able to realize long-term cost savings for the taxpayer by being able to finance cloud computing services. This bill also allows the City to invest in technology that will result in increased security for our employees and residents.

HB 1683 as originally filed would have removed the ability for any City to initiate or participate in lawsuits involving an oil or gas company or pipeline company without losing state grant funding.

The issue for the City of Austin is that it holds multiple permits from the U.S. Fish and Wildlife Service that allows the operation of Barton Springs, which is both home to two native endangered Texan salamander species.  A requirement in our federal operating permit for Barton Springs requires Austin to participate in regional actions that may affect the quality and quantity of water in the Edwards Aquifer.  Austin complies with that requirement in order to maintain its permit by providing comments and participating in permit actions for pipelines. Not complying with federal requirements as HB 1683 originally stipulated would have put Austin’s operating permit in jeopardy. This could have forced Austin to close Barton Springs.

Ultimately, the City of Austin was able to amend the bill that clarified the language to ensure that Barton Springs was not impacted and could remain open.

Prior to the Medicaid Managed Care environment, local health departments were able to receive reimbursement for services provided to Medicaid clients. Senate Bill 73, which will be effective September 1, 2021, directs the Health and Human Services Commission (HHSC) to establish a separate provider type for local public health entities – including local health departments -  for purposes of enrollment as a provider for and reimbursement under Medicaid.

By establishing local health departments as a provider-type recognized by Managed Care Organizations (MCOs), SB 73 allows local health departments to be reimbursed for the services they are already providing to Medicaid recipients.  SB 73 is not an expansion of Medicaid.  Austin Public Health leadership submitted written testimony in support of the legislation.

The City of Austin currently maintains city ordinances that provide important protections to our workforce such as ordinances that require 10-minute water breaks every 4 hours in the extreme Texas heat, "ban-the-box" and fair chance hiring ordinances that protect formerly incarcerated citizens during the job application process, and prohibitions for small businesses discriminating against their workers based on sex, race, religion, gender, gender identity, and HIV status. SB 14 would have preempted these ordinances, and failed to pass during the Regular legislative session.

SB 14 was also included in the Governor’s Call for the Second Called Special Session. The bill died on a point of order.

Winter Storm Uri was a major focal point for the 87th Texas Legislature due to the questions the storm brought about regarding the reliability of Texas power grid. Immediately following the storm, Austin Energy was invited to provide testimony before the House and Senate regarding their response to the storm. Their testimony focused on how Austin Energy was integral in stabilizing the power grid with the utility’s diverse generation portfolio, and how the City’s utility worked closely with ERCOT and the PUC to avoid a catastrophic grid failure.

Ultimately, the legislature passed SB 3, which provides new legal requirements for certain entities, including utilities, as well as a legislative directive to establish new regulations and collaborative efforts to help better prepare for, prevent, and respond to weather emergencies and associated power outages.

The City of Austin is committed to providing reliable and safe energy for Austin's residents through its oversight of Austin Energy. Legislation was filed during the 87th Legislative session that would have deregulated Austin Energy, as well as put our municipally owned utility into a perpetual rate review. The passage of these bills would have resulted in increased costs for Austin Energy customers, which is why the City of Austin opposed these efforts. Ultimately, no bills impacting Austin Energy or its customers passed into law during the 87th Texas legislature.

Equity in Taxation and Disannexation

Various bills were filed this session that would have allowed certain neighborhoods in Austin to disannex from the City, leaving the cost of providing services to these neighborhoods to other Austin taxpayers. Various representatives from City departments such as the Austin Police Department (APD), Fire Department (AFD), and Watershed Protection Department (WPD) testified against this group of bills. Ultimately, all of these bills failed to pass.

Opposition to Preemption of Local Strategies to End Homelessness

Multiple bills targeted the City's and County's ability to address homelessness in their communities, many of which were aimed directly at the City of Austin’s efforts.

Just a month after Austin voters approved Proposition B, the Legislature passed HB 1925, the ‘camping ban’ bill, which makes it a Class C misdemeanor for persons experiencing homelessness to camp on City-owned land unless that land is approved by the Texas Department of Housing and Community Affairs. Council Member Casar and Homeless Strategy Officer Dianna Grey testified against the bill.

Other legislation seeking to undermine the City’s ability to create housing for individuals experiencing homelessness failed to pass.  Among other things, SB 646 & HB 1803 would have required cities to obtain county approval prior to purchasing a property or converting a City-owned property “to house homeless individuals,” creating significant barriers and bureaucracy around the City’s efforts to create more housing for individuals experiencing homelessness.

Numerous bills targeted local governments’ control over their own budgets, specifically with regards to law enforcement funding. While the majority of these bills failed to pass, the Legislature ultimately passed two ‘defunding’ bills, with one impacting large cities, such as the City of Austin.

HB 1900 prohibits municipalities with a population over 250,000 from decreasing police department appropriations as compared to the larger of the previous two budget cycles.  Penalties for a “defunding municipality” include, among other things, dis-annexation elections, a prohibition on annexations, a decrease in sales tax distribution, and caps on property tax and utility rates.

Community advocacy is the act of local governments (cities, counties, and school districts) hiring advocates to serve and represent their constituents before the legislature. With SB 10 and HB 749 failing to pass during the regular legislative session, the effort to ban community advocates in Texas was unsuccessful. The failure of these bills represents a win for all of our residents who are served by community advocates.

This tool is especially important to level the field at the Legislature. Many private and nonprofit entities who do not agree with the policies adopted by the residents of our City would still have the ability to advocate at the capitol regarding local issues. Preserving the City’s ability to advocate for the policies developed and supported by Austinites means preserving Austin.

State Regulations and Other Communications

Below you will find a list of communications regarding state regulations in which the City of Austin has submitted comment.