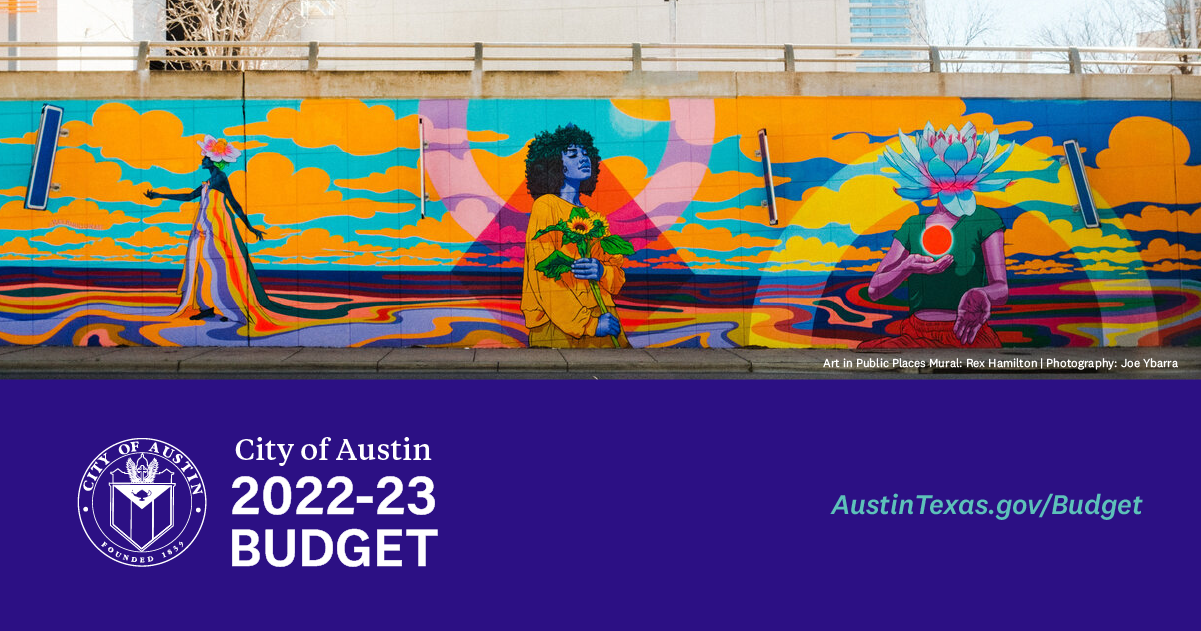 The Austin City Council has adopted a fiscal year 2022-2023 budget.

The all-funds budget, which includes enterprise departments as well as the core services provided by the General Fund, totals $5 billion, and aims to head off an emerging crisis in staff recruitment and retention to ensure City government can continue to provide high quality services, operations, and essential programs for the Austin community.

The General Fund budget is $1.3 billion and the Capital Budget includes $1.5 billion in planned spending.

“The budget adopted by Council today puts the City in a strong position to recruit and retain the people we need to sustain the high quality of services our residents have come to expect,” said City Manager Spencer Cronk. “It does this while reducing the City’s portion of the annual property tax bill for the typical homeowner and investing in public safety, disaster response, and actions to address climate change. We look forward to implementing Council’s priorities in the coming fiscal year.”

The largest portion of the General Fund budget - almost two thirds (62%) - is allocated to public safety. The remaining third funds a range of core services including court services, animal services, family health services, and management of libraries and parks.

To address the City’s rising vacancy rate, civilian staff will receive an across-the-board pay increase of 4% – the largest increase in more than two decades for librarians, rec center staff, utility line workers, waste collection and road repair crews, community health professionals and many more. The City’s living wage – the minimum payable to any employee – will rise by 33%, from $15 to $20 per hour, with a longer-term goal to go higher, per Council’s recent direction.

The budget dedicates new funds and positions – including in the Office of Homeland Security and Emergency Management – to promote resiliency and mitigate climate change, with investments in disaster-response infrastructure – such as cold weather shelters – community preparedness programs, and efforts to prevent wildfire and reduce community-wide greenhouse gas emissions.

This is the fifth year in which the proposed budget was organized by outcome area, and not strictly by City department, to reflect the priorities of the Austin community, using Council’s adopted Strategic Direction 2023 as a guide. The outcomes are Culture & Lifelong Learning, Economic Opportunity & Affordability, Government That Works for All, Health & Environment, Mobility, and Safety.

Council began their deliberations on Wednesday working from the Manager’s proposed budget, (snapshot summary here) which included the following investments, now part of the adopted budget:

After the Manager presented his proposed budget in July, stronger-than-expected sales tax revenues and other adjustments freed up an additional $20.3 million in one-time and ongoing funding. After two days of deliberations Council made the following amendments and directions:

The approved property tax rate of 46.27 cents per $100 of taxable value is 3.5% above the projected ‘no-new-revenue operations and maintenance tax rate’, which is the measure used by the state to determine compliance with its revenue cap.

At the same time, some of the City’s rates and fees, including for electricity, trash service, and the transportation user fee, will rise for typical rate payers in response to escalating operations costs, as well as increasing service demands from a growing population.

Taken together, the combined projected impact of tax, rate and fee changes represent an increase, for the typical ratepayer, of 3.8% - equivalent to an additional $169.68 per year or $14.14 per month.

The approved budget document will be published in the fall.