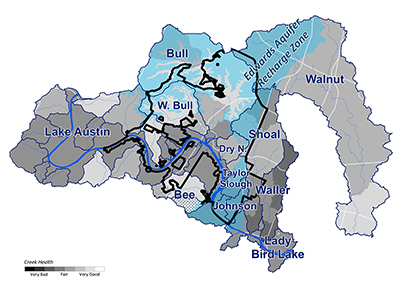 District 10 has the highest level of tree canopy of all the districts and one of the highest levels of protected open space, including over 5,000 acres of the Balcones Canyonlands Preserve system.

District 10 has numerous low water crossings, which can be hazardous to cross during floods. High priority flooded structures and roadways are shown in red on the map below. Three crossings of Bull Creek and its tributaries by Old Spicewood Springs Road are among the most problematic crossings in the city, with each crossing 3 to 4 feet underwater in a two-year storm.

The lack of adequate storm drain infrastructure in the older urban core and outlying annexed areas contributes to localized flooding of buildings, streets, and yards. Major clusters of drainage complaints are shown in blue on the map below. Older systems in the Bull Creek and Lake Austin watersheds are among the highest priorities for storm drain improvements in the city. 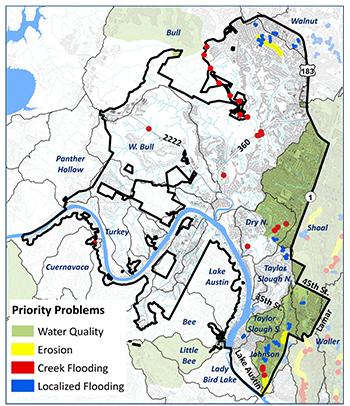 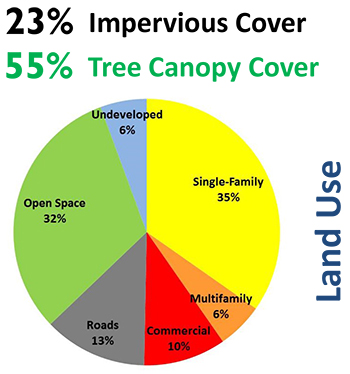 The Watershed Protection Department addresses drainage and environmental problems using a three-tiered approach of capital improvement projects, programs, and regulations. Examples of these strategies in District 10 include: 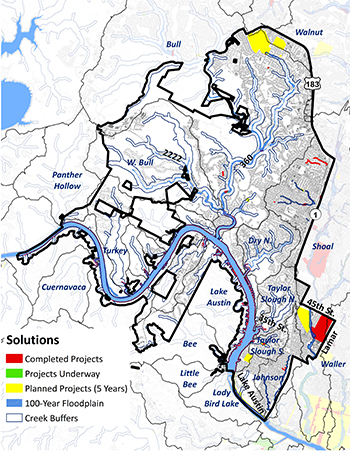 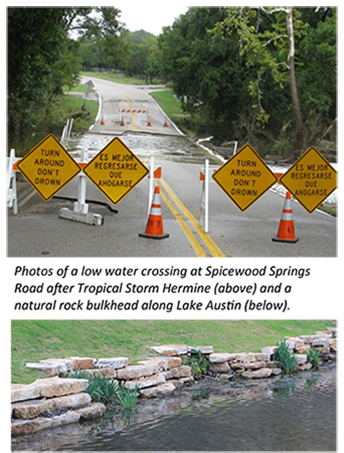