Over 350 Austinites were seriously injured or killed in the last five years on just these 13 sections. The 13 sections also comprise more than half of the top 100 comprehensive cost locations in Austin, which is based on national guidance to quantify the negative quality of life and economic impacts of crashes on our community. Pursuing low-cost treatments to increase safety will continue to build on the ongoing efforts towards reaching Austin’s Vision Zero goal of eliminating serious injuries and deaths caused by traffic crashes. 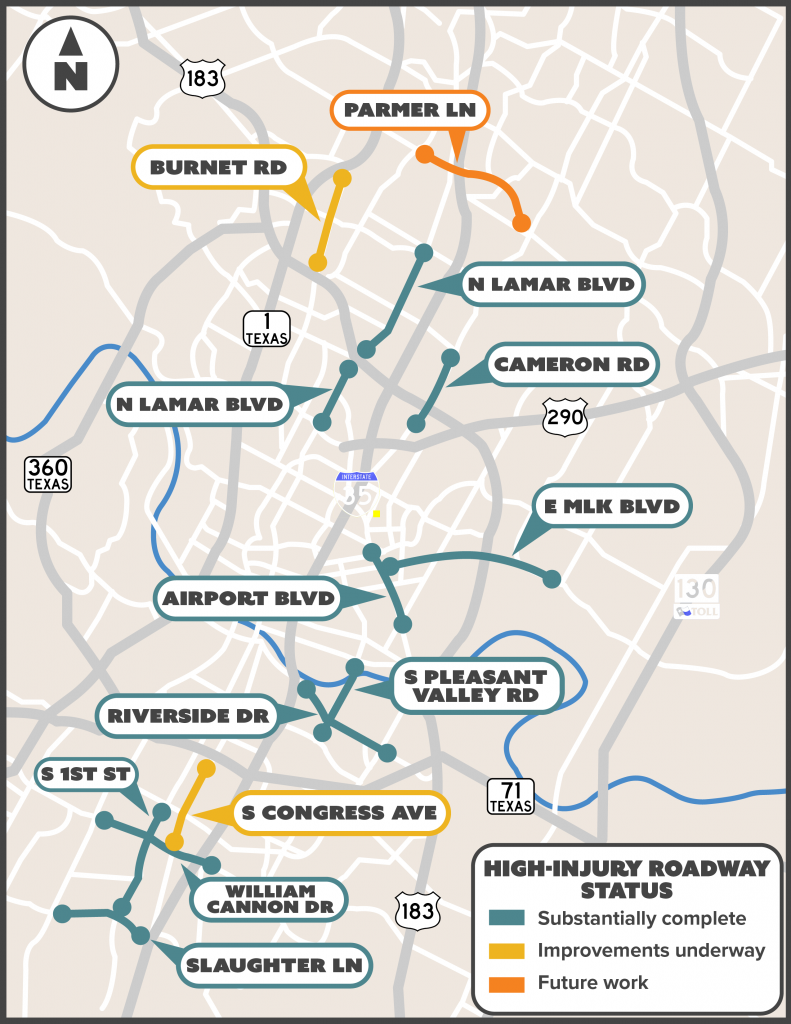 Installation of High-Injury Roadway signage is complete on City roadways, and Austin Transportation has planned and completed improvements on the following sections:

The scope of work will vary for each section depending on current conditions and observed crash patterns. In some locations, Vision Zero is partnering with planned street design work already underway on other City of Austin projects, including multiple 2016 Mobility Bond projects.

To identify the 13 High-Injury Roadway sections, a quantifiable approach based on national guidance was developed to compare crash locations. Through using a consistent standard of comparison, a number of streets were identified where focused efforts might have the biggest impact.

A comprehensive cost scale was used to determine the economic impact of crashes at locations throughout the city, including costs associated with wage and productivity loss of those involved in the crash, medical expenses, motor-vehicle damage employers' uninsured costs and more. This approach does not attempt to put a dollar value on a life, but represents the loss of calculable costs and the loss of quality of life depending on the severity of the injuries resulting from a crash.

To learn more about the methodology for High-Injury Roadway identification, read the report.