Why We Preserve Historic Buildings and Sites 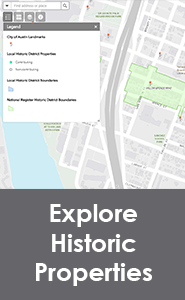 Historic preservation recognizes and safeguards our history—and it can also play an important role in shaping the future. Older buildings are more sustainable, support affordable housing, and help small businesses and arts organizations to start and grow. And they foster a sense of place by preserving the character and culture of a particular street or neighborhood.

Preservation contributes to the local economy.