Austin Transportation is making improvements around the intersection of Manor Road, Cherrywood Road and Chestnut Avenue to increase mobility and safety. 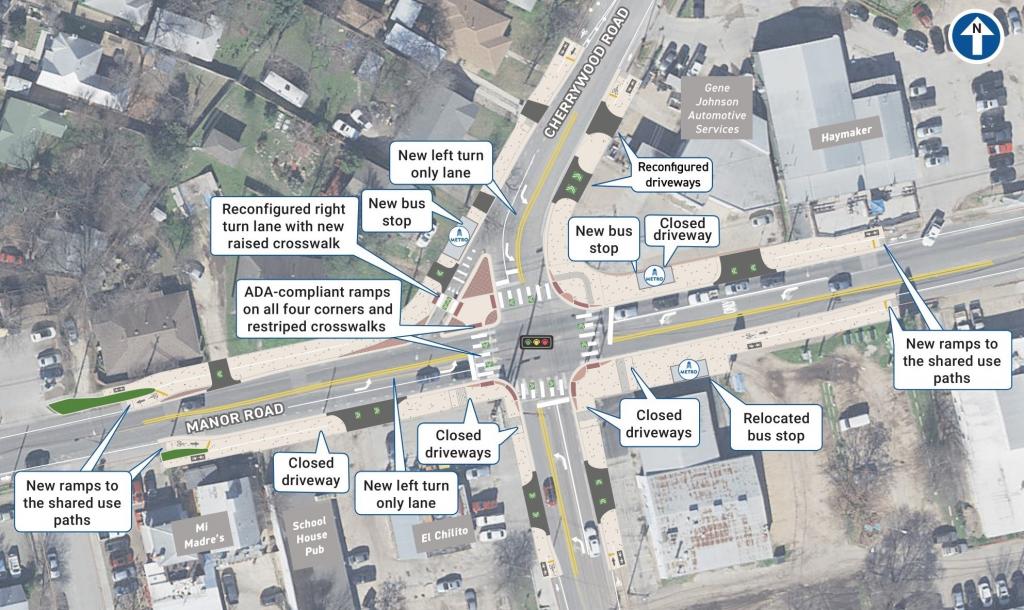 Austin Transportation began construction in August 2021 with crews working one corner of the intersection at a time.

After completing work on the northeast and northwest corners of the intersection, contractors are set to move to the southwest corner on Nov. 20, where they will be working for approximately 6-8 weeks.

Construction is expected to be completed in March 2022. The intersection will remain open and passable at all times during construction.

These improvements are made possible through a combination of funding from the City of Austin’s Mobility Bonds and Quarter Cent programs as well as Capital Metro. In April 2020, Austin City Council allocated $634,000 of Quarter Cent Program funds as the primary funding source for improvements to improve the intersection. The Quarter Cent Program administers funds received by the City from approximately 25% of Capital Metro’s 2001-2004 sales tax revenue towards local transportation infrastructure projects selected by City Council.