The site is one of the last owned by the City of Austin downtown that is designated for redevelopment.  It consists of two parcels – 1215 Red River Street and 606 East 12th Street – summing to 1.73 acres of land near Interstate Highway 35, the State Capitol, and the University of Texas at Austin.  The northeast district of downtown Austin blends iconic live music clubs, world-class parks and open spaces, and respected healthcare institutions.

Through a series of acquisitions from 1952 to 1976, the City purchased the site at 1215 Red River.  In 1988, the City offered the land to Brackenridge Hospital to attract Rehab Hospital Services Corporation (RHSC), a physical rehabilitation provider.  RHSC executed a ground lease with the City through February 28, 2063, and constructed the four-story facility, which opened in 1990.  RHSC assigned the ground lease in 1995 to HealthSouth which developed a parking garage with 62 spaces at 606 East 12th Street to serve the facility.  In 2016, HealthSouth closed this facility, and sold to the City its leasehold interests as tenant and title to the parking garage on February 28, 2017.

All questions about the solicitation and plans for former HealthSouth site should be directed to these Authorized Contact Persons. 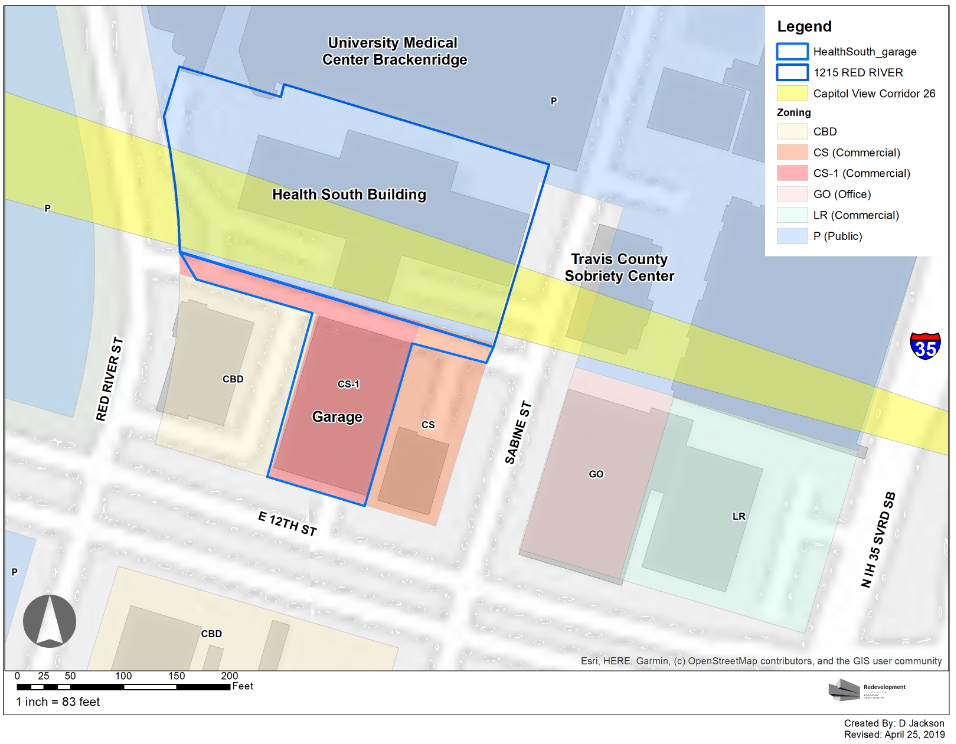