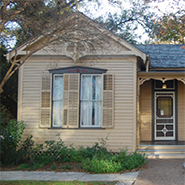 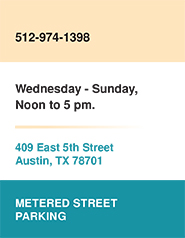 “As Others See Us”

In 2015, the museum published a “lost” story by Porter, written not under the pen name O. Henry but instead Del Oliver. The story reveals an alcoholic’s decent into madness. The book, featuring original illustrations by Pulitzer-Prize-winning editorial cartoonist Ben Sargent, is currently on display, with Porter’s original, handwritten manuscript.

“Beyond the Veil: Spiritualism in the 19th Century" - Online Exhibit

Athol Estes Porter, William Sydney Porter's first wife, died of tuberculosis on July 25, 1897.  At the time of her death, thousands of Americans followed a new religion called "Spiritualism", which believed that the living could communicate with the dead.  This exhibit explores the roots of Spiritualism and ties in with the museum's Halloween special event "Journey into the Beyond" (October 31st).