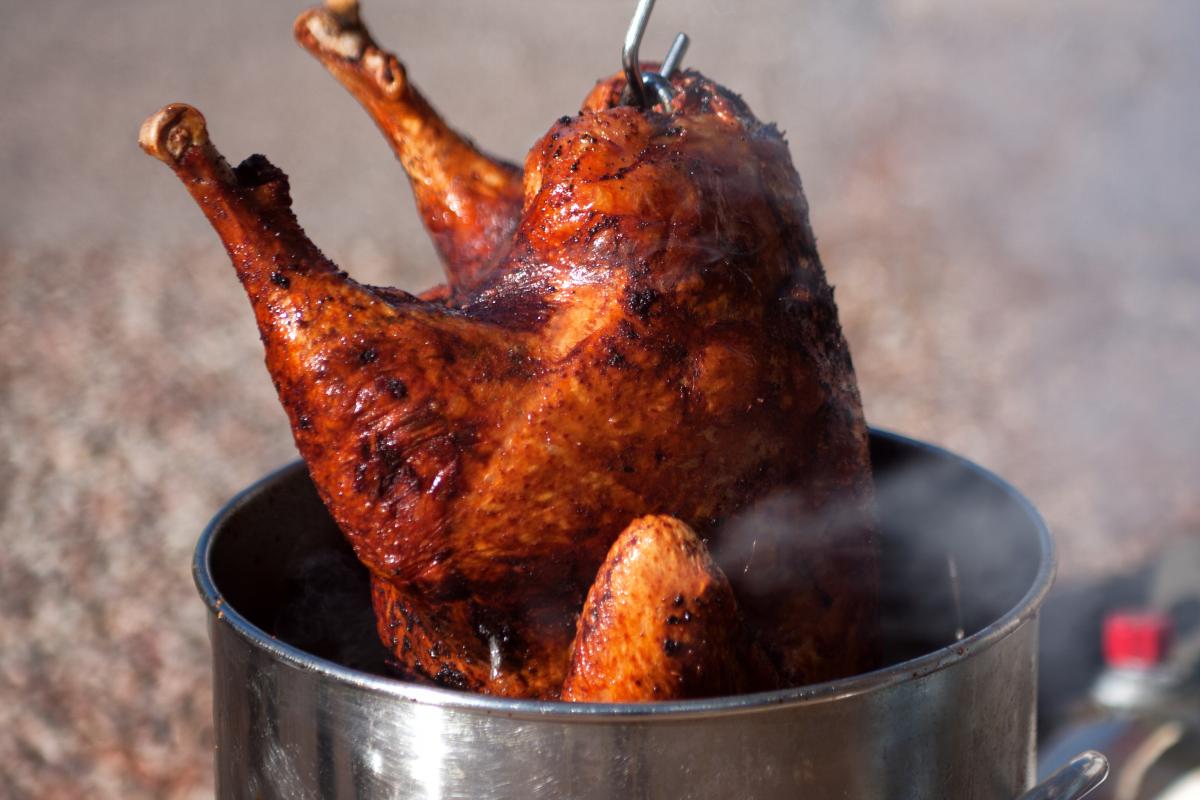 Many people deep fry turkeys during the holiday season, leaving behind a lot of used cooking oil. But, what do you do with it afterwards? It can actually be dropped off for recycling!

The City of Austin’s Recycle & Reuse Drop-off Center (RRDOC) collects more than 12,000 pounds of cooking oil and grease annually, as part of its household hazardous waste collection program. During and after the holidays, the center sees an influx of people dropping off oil, and it’s not just the normal quart or two. Austinites drop off a few gallons at a time after frying their turkeys.

Once collected at the RRDOC, the oil is poured into a 100-gallon tank. A vendor then picks up the tank and processes the used cooking oil into biodiesel, which is a more safe, biodegradable and clean burning transportation fuel than petroleum-based diesel.

Collecting this oil also keeps it out of water pipes, where it can solidify and develop into fatbergs that clog up Austin’s water lines, resulting in expensive repairs, foul odors and sewer overflows. Fatbergs are made of congealed fats and other non-biodegradable items like “flushable” wet wipes, and are the cause of nearly half of all septic clogs in the United States.

Recycling your cooking oil and grease is just one more way you can help the environment and the City where you live.