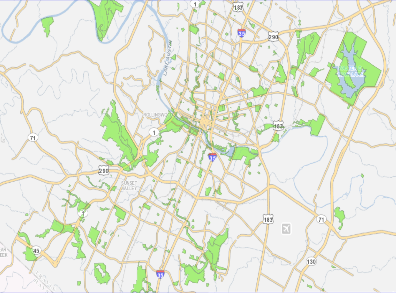 Austin's Wildland Urban Interface (WUI) is dispersed throughout the city.

Attracting wildlife to residential backyards can be a rewarding experience. Since the City of Austin is a Certified Wildlife Habitat with the National Wildlife Federation, Austinines are passionate about creating habitat in the Wildland Urban Interface (WUI). As Austin grows, creating and preserving wildlife habitat is critical, but as the city expands and the temperatures (and mating season) heat up in late spring and early summer; this is prime time to see some of Austin’s larger native predators. 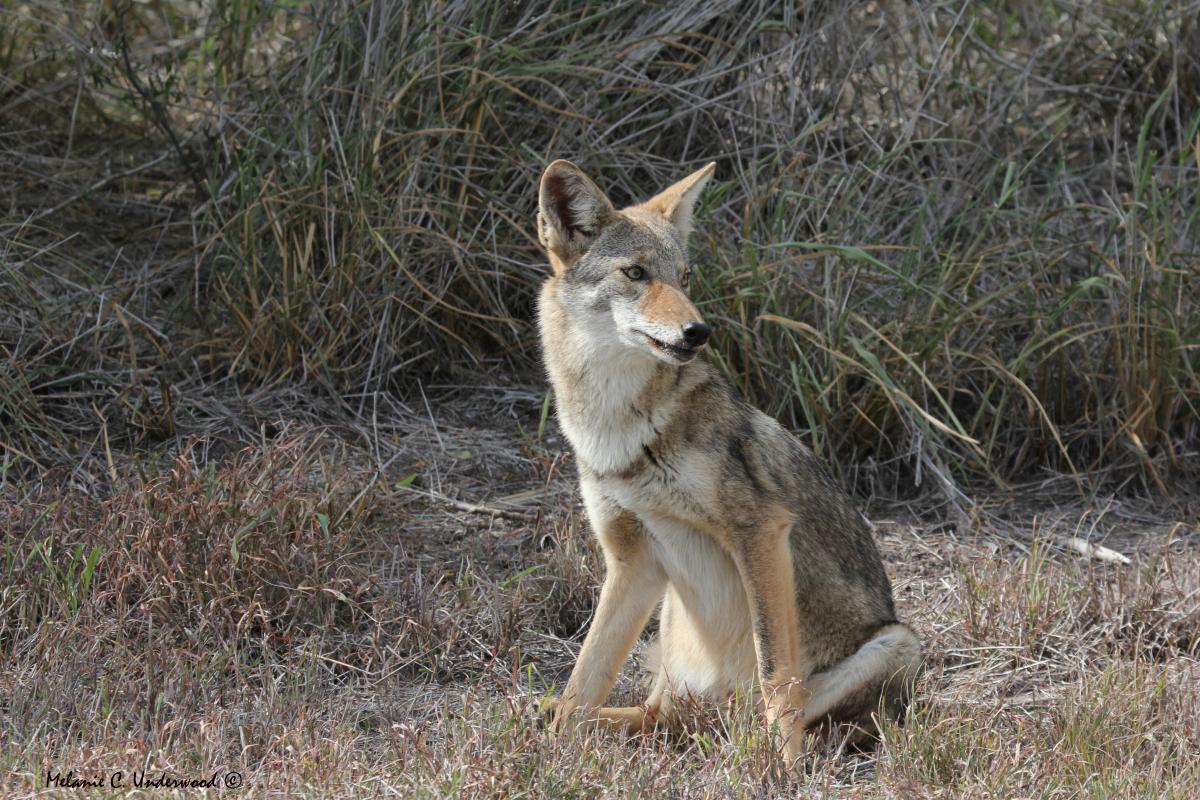 Canis latrans, Austin’s resident coyote is the ultimate urban adaptor. They look similar to a medium sized dog, weighing in at 15 to 36 lbs, though they appear somewhat larger due to their often bulky fur and downturned tail. Their natural diet consist mostly of small rodents, insets, birds, lizards as well as fruit and berries. Needless to say they play a critical role in rodent population control. In the WUI however, coyotes also find abundant food in unsecured garbage cans, pet food, and food debris left in parks and open public spaces.

Coyotes Through The Seasons 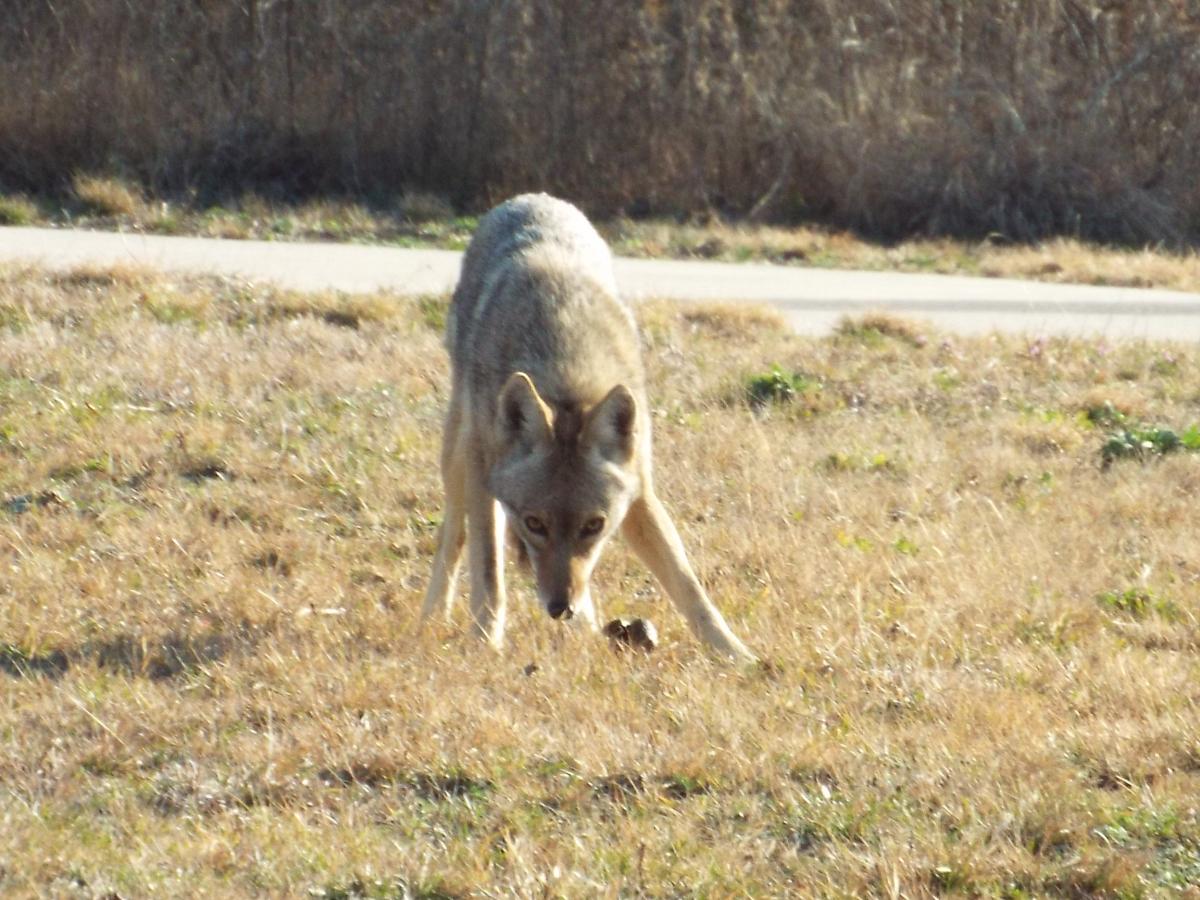 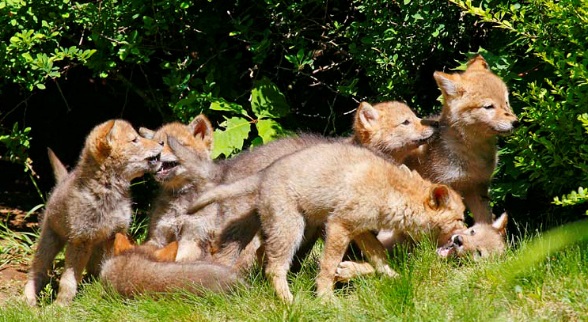 Seasonally, coyotes spend their winter and early spring months in monogamous pairs. By late spring and early summer, the alpha female and male create dens to rear a litter of pups. Once mature some coyotes will leave their litter searching for mates beginning the cycle over. During the late spring and early summer (roughly April through August) both male and female coyotes search for food in their home terrain to feed their brood of hungry pups.

Although coyotes generally avoid humans, as Austin’s city limits encroach more into the coyote’s native habitat, they can often be seen, particularly around dusk or dawn. When coyotes are spotted it is important to notices their behavior and location, and if they seem to be a threat to human populations. Coyotes that become too familiar with human’s can lead to negative interactions. If a coyote is spotted moving through an area away from humans this is typically normal behavior. If coyotes are spotted adjacent to residential areas, frequently entering yards, playscapes or other areas frequented by humans, there are some tactics that deter the habituation of coyotes to human areas.

Hazing or vexing is a technique used to scare coyotes away from an area. Coyote hazing has proven more effective and more humane than killing or relocating. This method conditions the coyote to form negative associations with humans and sensitive areas such as lawns and playscapes. Here are some tips to on vexing or hazing coyotes to avoid future interactions:

For more information and steps to deter coyote’s from frequenting your home and neighborhood visit the City of Austin Animal Services webpage. To read more about the City of Austin’s policy on Coyote Management review Resolution No. 20141120-088.

The Wildlife Austin program educates the public on using native plants and sustainable gardening to attract Austin’s native wildlife population. The Wildlife Austin program coordinates the restoration of habitat on appropriate parkland and open spaces through engage volunteers in the community. LaJuan also speaks to school groups, communities and home owners about the value of Keeping Austin Wild.