The spring water bubbles up from the Edwards Aquifer, a natural underground reservoir, through holes built in the amphitheater floor.  The Edwards Aquifer is an underground layer of limestone rock containing water, which enters the aquifer through caves, sinkholes, and fractures on the land’s surface and flows through large openings in the limestone.  Some water flows back up to the surface at springs. 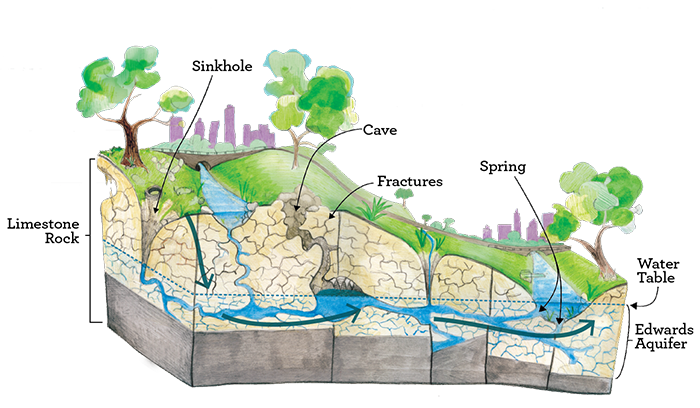 Water movement through the Edwards Aquifer

In the early 1900s, landowner Andrew Zilker built the amphitheater around Eliza Spring to serve as an Elks Club meeting space that could be cooled by the natural spring water. 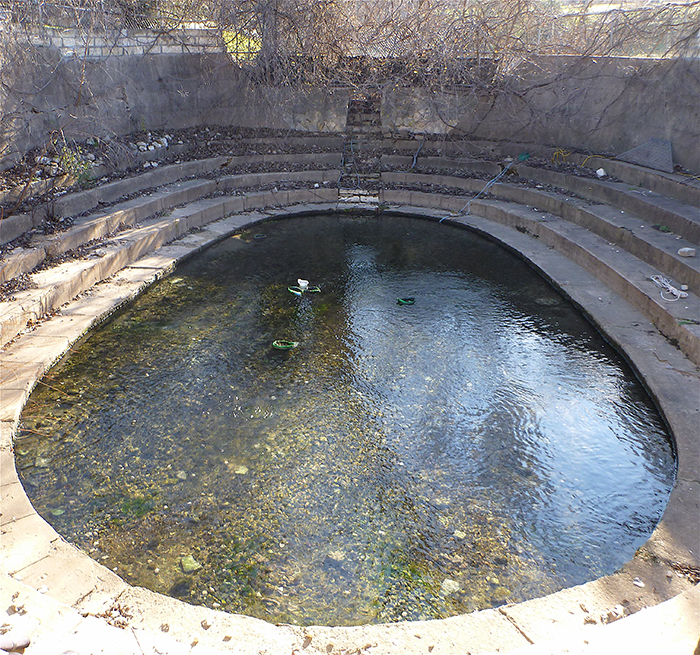 The Eliza Spring amphitheater before this construction project

Historically, water leaving Eliza Spring formed a stream that flowed to Barton Creek, and an open section of the amphitheater allowed this natural flow.  Austin’s endangered salamanders lived in both Eliza Spring and its stream.

In the 1920s, the salamanders lost this valuable area of habitat when the stream became buried underground in a concrete pipe. 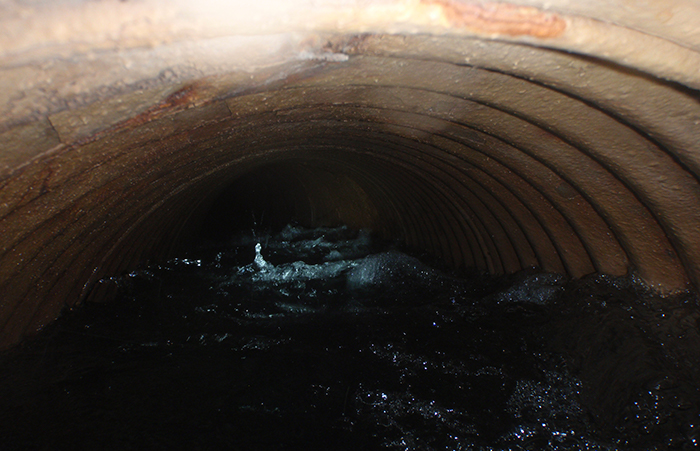 The spring water moving through the buried pipe

As years passed and the pipe aged, it began to fail. In 2017, the City removed the old pipe and restored the stream to a natural state. 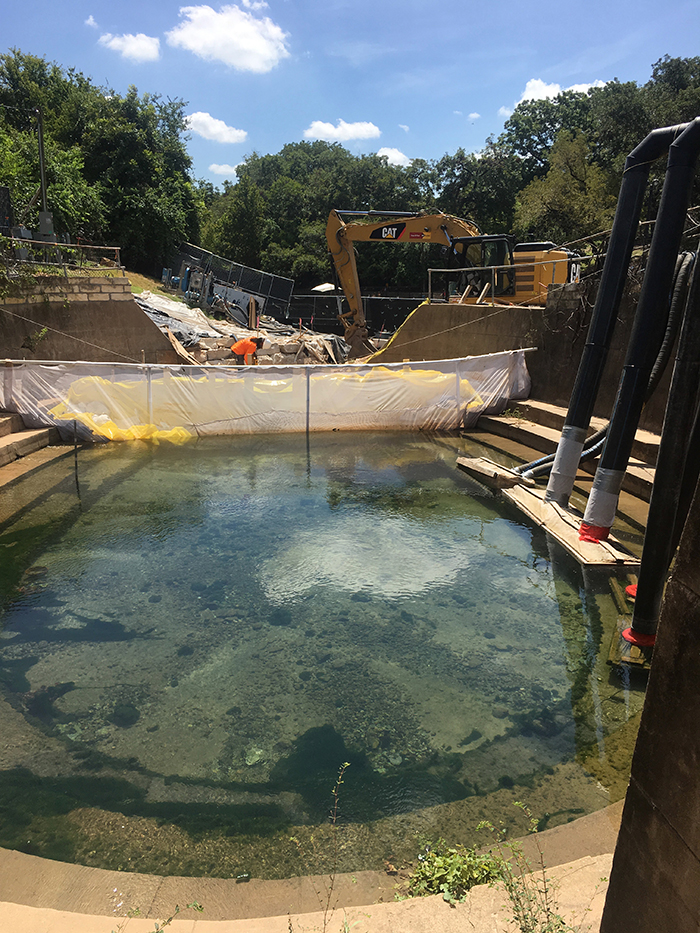 Construction of the restored stream

Once again, the stream provides the needed water speed and depth, as well as hiding places and native plants to support native aquatic life, including our endangered salamanders.  The stream also provides pool and park visitors with a beautiful place to view important salamander habitat. 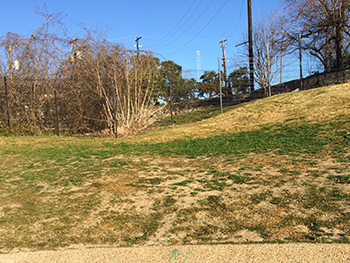 BEFORE:  The northern lawn of Barton Springs Pool prior to the stream restoration 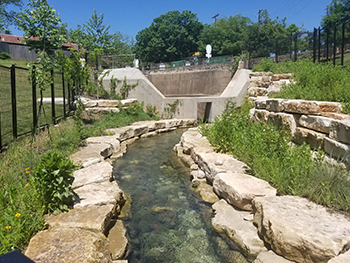 AFTER:  2017 view of the north lawn with the restored stream 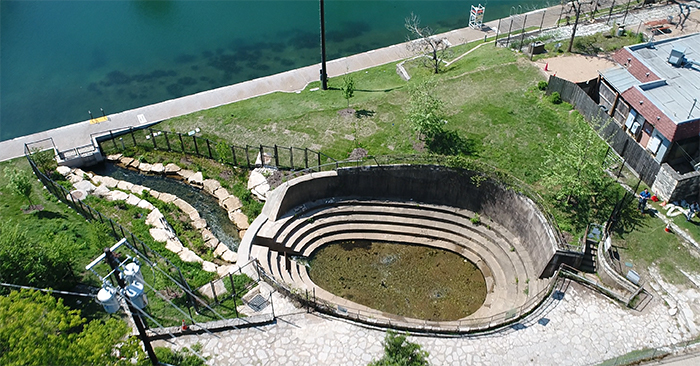 Aerial view of the Eliza Spring amphitheater and restored stream

When you’re at Zilker Park, be sure to also check out the free, family-friendly “Splash! Into the Edwards Aquifer” exhibit to learn about Austin’s natural springs and amazing underground world.  Peek into the salamander exhibit to see if the Barton Springs salamander is in view!