Understanding what habitat conditions are important for a species provides valuable information whether you’re trying to prevent it from spreading or make a case for its existence. This is especially true for threatened and endangered species when we are trying to protect them or improve their habitat. Recently, City of Austin biologists set out to understand what types of habitat are occupied by the Jollyville Plateau Salamander which was listed as threatened in 2012 under the Endangered Species Act. 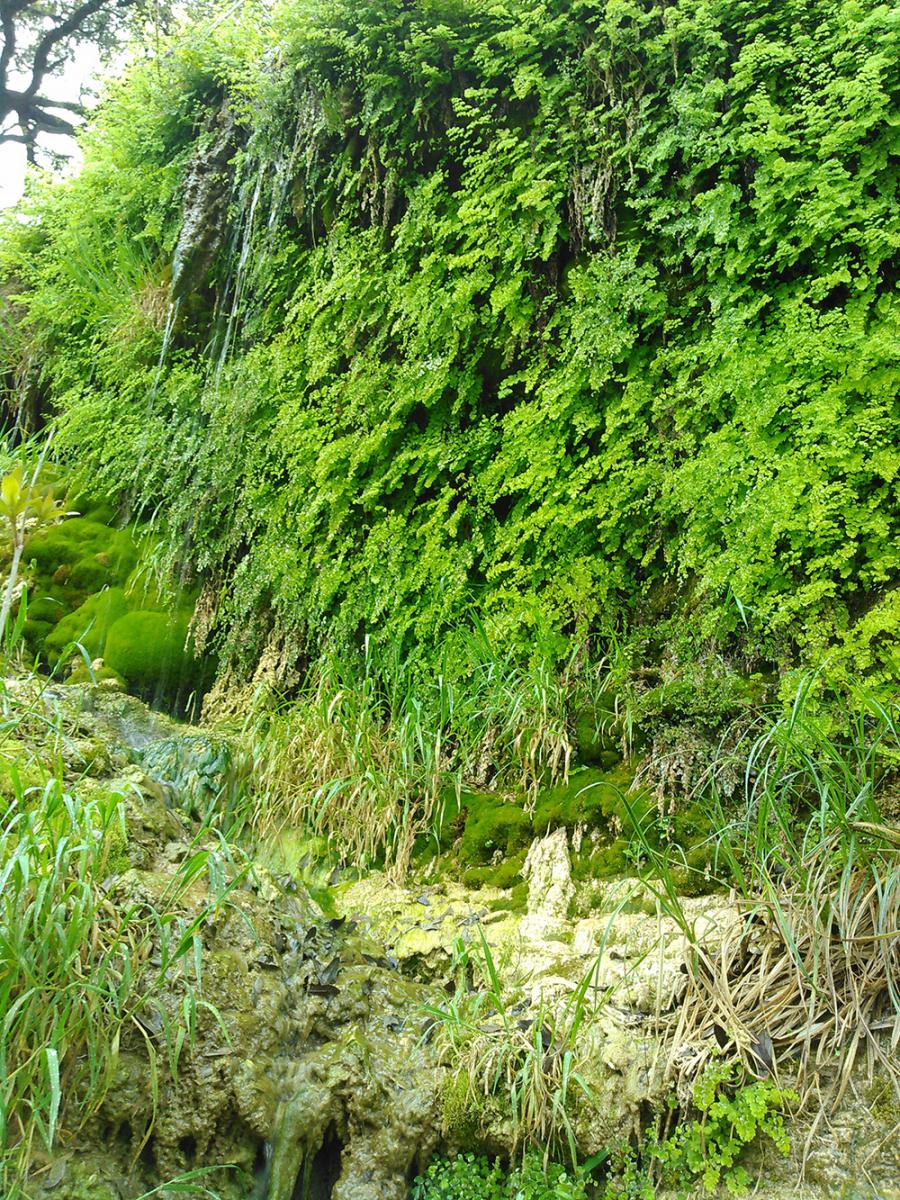 Maidenhair ferns are indicators of springs

Each spring, from 2013–2015, biologists searched up to 118 sites along five tributaries of Bull Creek to evaluate where Jollyville Plateau salamanders were present. These sites ranged from those that were dry in some years (not good for these aquatic critters) to those that were always wet. A variety of habitat conditions were also measured, including water depth and temperature, as well as the presence of maidenhair ferns, a plant commonly found associated to Hill Country springs.

This study found that salamanders occupied areas within streams that were far from known or obvious spring locations, but their presence was associated with low water depths and conditions associated with groundwater infiltration into the stream (presence of maidenhair ferns and where temperature did not change much). This groundwater could be from unknown springs and seeps, as well as resurgence of stream water from underground conduits along the channel. Salamanders were also able to colonize sites that had been dry the previous year. This is important because, even during dry years, areas of the creek without water may be important habitats in the future. 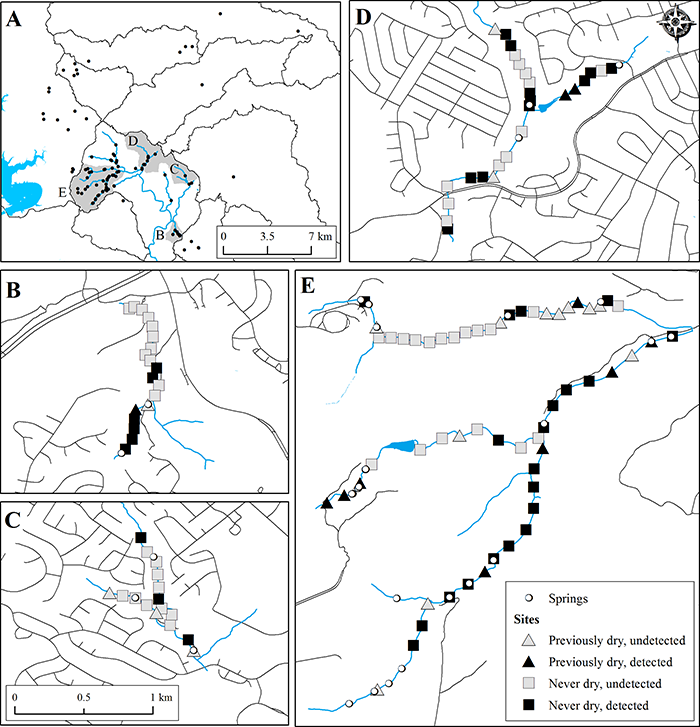 Biologists also examined how far individual salamanders could move within the stream during a four-month period of time. Salamanders were captured every two weeks along a transect and released at the same spot, after being photographed. High resolution photographs were used to identify unique individuals (with the help of computer software) so it could be determined whether the same individual in one spot later moved to another. 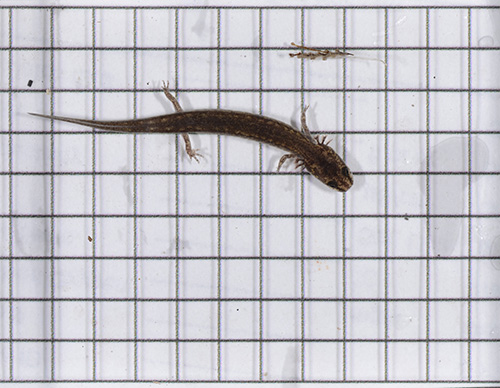 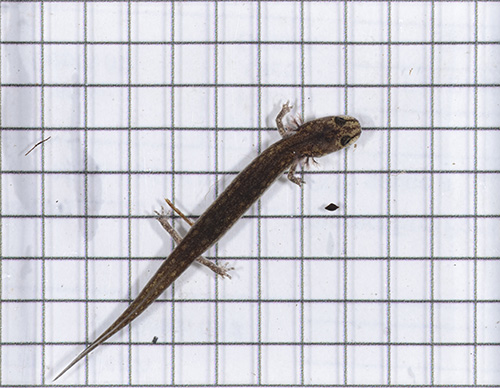 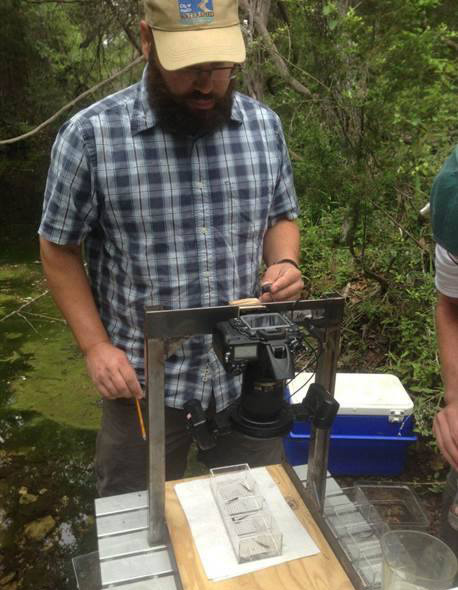 The results show that individual salamanders moved up to 80 meters within a single season. One salamander was even found from a previous study over 500 meters away! While salamanders were most abundant around the nearby spring entering the creek, abundance was also high downstream of the spring and many small juveniles were observed 80 meters from the spring as well.

Habitat protection beyond the springs

In contrast to what was previously believed about Jollyville Plateau salamanders, that they were restricted to spring habitats, these results show that they may move through and occupy many areas along spring-fed streams in Austin. If only the area around the springs is protected, we may be missing important habitat for the salamanders. Furthermore, restricting protection to springs may result in more isolated populations and prevent important dispersal and colonization events!