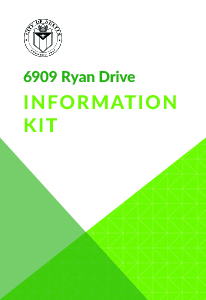 The publicly owned land at 6909 Ryan Drive is a 5.5-acre property adjacent to Capital Metro’s Crestview Station. Austin Energy purchased the site in 1997 for their operations but will relocate these functions in the near future as it is currently being used for storage.

The Economic Development Department uses an open process to review city-owned properties and make recommendations to City Council for community benefit. Community discussions regarding the future of 6909 Ryan Drive have been ongoing since 2012.

After the report, Austin City Council directed staff to issue a Request for Proposals (RFP) for the redevelopment of the site through Resolution 20181101-024.

Staff and a consultant team are working together on a strategy to focus on local benefits based on community conversations. The team will develop a site plan for a solicitation seeking a developer partner to deliver a project that meets future community goals for the property.

Staff received authorization to bring on a consulting team and put together a timeline to develop and issue the Request For Proposals.

Community Meeting #1 was an open house opportunity for the public to hear about the Request for Proposals process and give feedback on potential site uses, along with a corresponding online survey which closed on December 4, 2019.

We received input during our October 2019 Open House meeting and subsequent survey from community members about their preferences for the type of development they would like to see on the Ryan Drive tract of land. Here is an overview of the input received from the public meeting and the online survey:

Housing: Many participants stressed the need for housing that is affordable and appealing to different types of households, including seniors and families as well as live/work tenants.  A wide range of housing types from row houses to multi-story apartment buildings were considered appropriate.  The site’s location is near the transit system and schools making it highly valued for housing, not just for the neighborhood, but for the entire City of Austin.

Open Space: Many participants want to see open space on the site, and some expressed willingness to allow taller buildings to maximize open space.  An open lawn attracted the most interest, but a children’s playground and dog park were also commonly requested.

Transit Connectivity: Given the location directly adjacent to Crestview Rail Station, there has been frequent interest cited in designing the development to support and improve pedestrian and bicycle connectivity between Crestview Station and the area to the south.

Retail: Many participants viewed retail as a bonus for the site, but not a primary component of the development.  Given the location, a coffee shop or neighborhood cafe has been frequently suggested to encourage local business development.

Community Space: Respondents also asked for multi-use spaces that accommodate performance, art exhibits, and gatherings that can be used by the community organizations and local artists.

On February 20, 2020, the team help Community Meeting #2 to receive public feedback on the five scenarios and gather information on what was liked or disliked about each option. A corresponding online survey was open until March 13th:

With the advent of COVID-19 and the desire for robust community input, Community Meeting #3  consisted of an interactive video presentation offering a final opportunity for the public to review project scenarios and share comments before the Request for Proposals is released.

Thefinal report summarizes the public engagement process and the recommended minimum development criteria for the site that embraces the community goals identified in Resolution No. 20181101-024.

The City has issued the Request For Proposals (RFP) for the 6909 Ryan Drive project.

This will begin a several months long process to request, review, and select a preferred response to negotiate all necessary legal agreements to redevelop the property.

On August 6, 2021, the City’s Purchasing Office issued the Award Recommendation for the 6909 Ryan Drive project, after the staff evaluation of the proposals was completed.

The Economic Development Department issued a memo to Mayor and Council on August 16, 2021, providing an update on the Ryan Drive solicitation, recommended development team, and public information packets for all the responsive proposers.

At the August 26, 2021 meeting, Council authorized staff to proceed with negotiating and executing an Exclusive Negotiating Agreement (ENA) with 3423 Holdings, LLC.

Over the next several months, staff will meet with the recommended development team regarding the ENA. During this time, the City’s Anti-lobbying Ordinance is still in effect for this project. Any questions regarding the solicitation should be addressed to Shawn Willet, Deputy Procurement Officer, Shawn.Willett@austintexas.gov.

It is anticipated that after the ENA is executed, there will be opportunities for community input, as the City and 3423 Holdings expand on the ENA and begin crafting the master agreement for redevelopment of the Ryan Drive site.

3423 Holdings and the City executed an Exclusive Negotiating Agreement (ENA) for the Ryan Drive project. The ENA provides a baseline for the terms governing a master development agreement and outlines a possible 15-month timeframe to negotiate the MDA, based on an initial period of nine months followed by two 3-month possible extensions.

The ENA outlines numerous community benefits, consistent with the RFP and Council direction, to be achieved by the project including delivery of affordable housing, parks and open space, community-serving commercial space, and pedestrian and bicycle connections to transit through the site.