Severe erosion has occurred along an artificial drainage channel, known as Country Club West, in Roy G. Guerrero Colorado River Metropolitan Park. The erosion undermined the pedestrian bridge that used to be in the park, currently threatens the ball fields, trails and parkland, and makes the channel too unstable to support a new bridge.

This channel was partially constructed in the late 1970s, before the park belonged to the City of Austin and it was built before the City of Austin adopted floodplain and environmental regulations. The channel was constructed to divert floodwaters from the natural channel of Country Club Creek to the Colorado River and allow development on Riverside Drive. The channel construction was never completed, so the water created its own path to the river, forming gullies in the park.

The planned stabilization project, including multiple large concrete structures that "step" the water down to the river, will protect the channel from further erosion by slowing the powerful force of water as it plunges downstream. In-between each "step" structure, the channel will be restored to a more natural state with native plants to improve wildlife habitat and park aesthetics. The design phase for this complex stabilization project is underway and is projected to be completed by the end of 2021.

The estimated construction cost for the larger stabilization project is $25 million dollars, which will be funded by a combination of Drainage Utility Funds, General Funds, 2018 Bond Funds, and a FEMA Hazard Mitigation Grant. 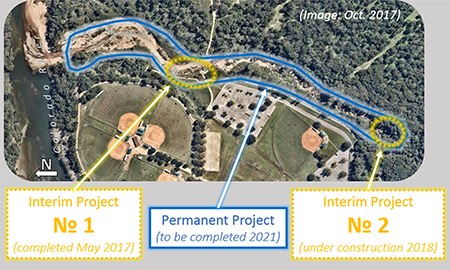 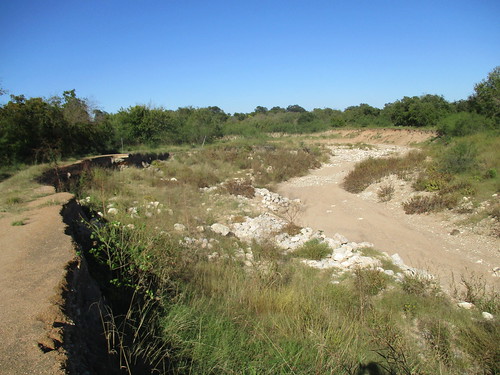 It takes several years to design and build this type of large project.

<p>This video shows the Watershed Protection Department staff’s report to the Environmental Commission in May 2017. This report includes the preliminary project schedule, the project history, and the larger planned project. See the timeline section below for the current project schedule.</p>