A History Column by Gloria Espitia, Marketing & Outreach Representative at the ESB-MACC 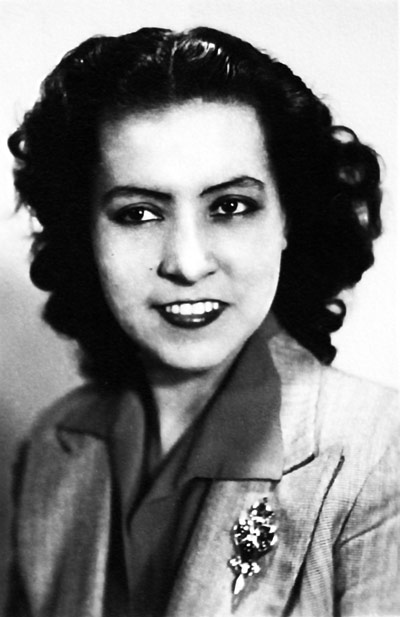 In celebration of Women’s History Month, we join in acknowledging and sharing the history of a local Latina who has walked a path of her own by defying the odds of possible failure and in contributing in innumerable ways to her community, family and society. We ask that you take the time to celebrate this special month by acknowledging and thanking a special woman in your community or in your life for her contributions. 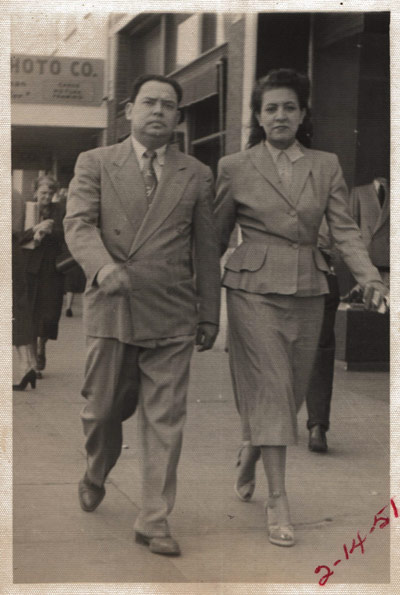 Josefina Lopez de Rocha was born in Austin in 1917. A product of the Austin Independent School District, she graduated from Austin High School in 1934. Shortly after graduation, with the support of her brother Joe and a monetary loan from Roy Velasquez, Josefina started a small printing press at the home of her parents which was located at 902 Lydia Street. Due to the success of her business she was able to purchase land at 909 Lydia Street and built a new home for her parents and her print shop.

At the beginning of World War II, Josefina noticed that Mexican American men and women were going off to fight in the war effort but were not being acknowledged in local newspapers for their contributions, therefore she began publishing her own local Spanish-language magazine entitled El Organo which she printed once a month at ten cents a copy. Unbeknownst to her at the time, the magazine was preserving the history of the local Mexican American community by including photographs, stories, poetry and local news of a community that was under documented in the annals of Austin history. Published from 1942 to 1952, each monthly cover of the magazine would always have a photograph of a well-known Mexican movie star.

Josefina married Andres Rocha in 1948 and decided in 1962 that she would rather stay at home and raise her two children. Since her brother Joe was very knowledgeable in running a printing press, Josefina turned her business over to him but in 1966 she found herself once again wanting to start a new business venture. With the help of her husband, she opened the Fabric Shop which was located at 316 E. Oltorf Street in the Twin Oaks Center.  In 1974 Josefina’s daughter, Gloria Rocha, joined her mother as an employee. The Fabric Shop was able to survive the local competition of larger fabric shops and national chain stores. A devoted business owner, Josefina would be a daily fixture at the shop until February 16, 2012 when she fell down and hurt herself preventing her to return to her beloved shop. Josefina passed away on April 5, 2012. 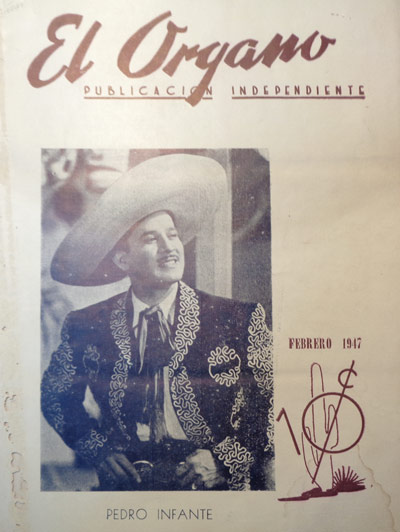 An active member of St. Ignatius Catholic Church for over 50 years, Josefina was highly respected as a business woman and entrepreneur. In 2010, she was honored by the South Austin Civic Center and in 2011 recognized as one of the 101 Voces de Latinas project and exhibit sponsored by the Austin History Center. Although in December 15, 2015, the Fabric Shop closed its’ doors for the last time, the success and contributions of Josefina Lopez de Rocha will always be remembered. 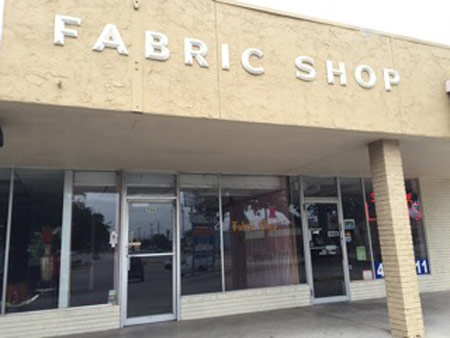 Latinos in the Civilian Conservation Corp 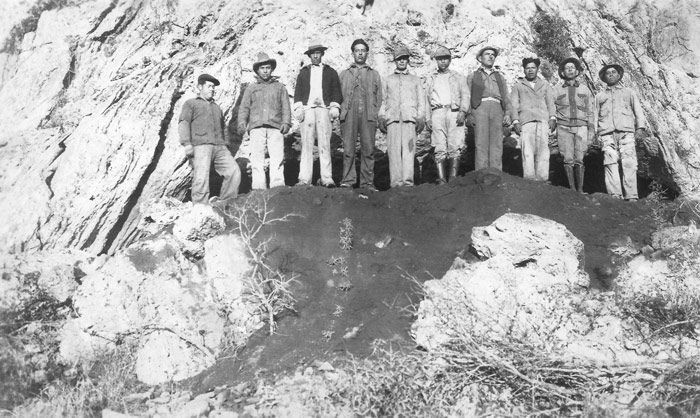 Born in 1888 in Mexico, Juan Zuniga Saldaña, father of Moses P. Saldaña (aka the unofficial Mayor of South Austin) and his family came to the United States in 1904 in search of a better life. A hard working man with no formal education, Saldaña worked as a laborer most of his life in order to provide for his family which consisted of his wife, Maria Santos-Perez Saldana and his three (3) children; Moses, Eva and Daniel. 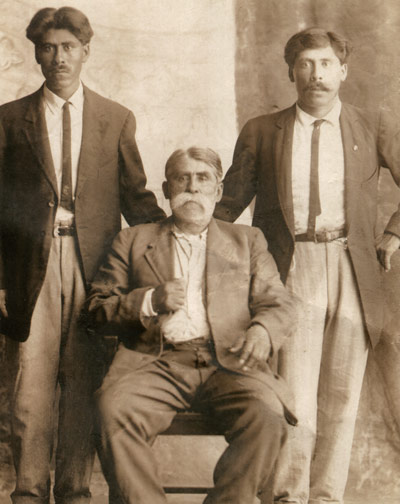 In 1933, the Civilian Conservation Corps was created during the Great Depression era by President Franklin D. Roosevelt to help kick start the economy and put unemployed men to work. It was also intended to promote environmental conservation and build good citizenship. On May 1934, CCC Company No. 854 was moved to the Longhorn Cavern State Park located in Burnet, Texas thus given hundreds of unemployed men like Saldana the opportunity to work as part of the excavating crew developing the entrance to the Cavern, building roads that connected the Cavern with State Highway No. 66, removing extensive cubic yards of soil and debris, discovering many new tunnels and rooms formerly closed by debris, assisted in the installation of a complete lighting system for the cavern and countless other projects that would not otherwise have made it possible for the Longhorn Cavern to be accessible to tourists.

The CCC is considered to have been one of the most popular training programs in American history as it made available on the job training to individuals who may not otherwise had the opportunity to learn new trades. It also provided enrollees with regular meals, clothing, education, recreation, housing and a temporary solution to a financial hardship. The CCC ceased on July 1942 due to World War II. 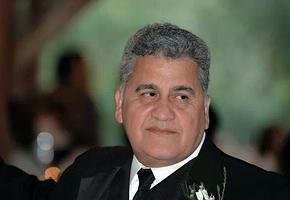 The son of Domingo and Andrea Mendoza, Robert was born and raised in the East Austin neighborhood known as “La Loma”.   After graduating from Johnston High School he attended the University of Texas at Austin and graduated with a Bachelors Degree of Fine Arts and a Certification in Education.  In 1972, he was offered a teaching position at Johnston High School where he taught world history, art and jewelry for 20 years. After leaving Johnston High, Mendoza continued his tenure with the Austin Independent School District as an assistant principal for an additional 21 years.  Although retired from AISD, he still continues to fill in as an administrator for the district when needed.

Mendoza is deeply committed to the east Austin community. In 1990, he organized a softball and athletic program for at-risk youths in east Austin and was appointed by Mayor Lee Cook as co-chair of the Community Task Force on Gangs, Crime and Drugs.  In 1994, he ran for Precinct 4 County Commissioner against Margaret Gomez and in 2000, he served as Advisory Board Chair for the new community center which was to be located at the corner of Bergman Avenue and Robert Martinez, Jr. Street.  He was also a strong supporter for having the center named after “Lorraine “Grandma” Camacho, a well- known east Austin activist.

Mendoza is married to Annabel Martinez whom he met while a member of the Catholic Youth Organization.

Annabel taught for 33 years as a 3rd and 4th grade teacher and later as a reading specialist with AISD. Robert and Annabel are true artisans and are proud owners of Mendoza’s Bellas Artes.  They have studied the artistry of jewelry in New Mexico and have been making jewelry for over 40 years.  It is not unusual to see them selling their jewelry at the Pecan Street Festival, at Saint Vincent DePaul and near the Vespaio Italian Restaurant parking lot located between Milton and Monroe streets.

A Hidden Jewel on the Grounds of the ESB-MACC 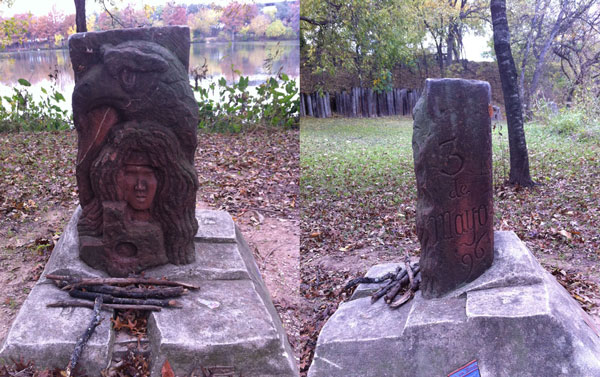 It is not unusual to see people on a daily basis jogging, walking or riding their bikes on the Lady Bird Lake Hike and Bike Trail which is located behind the Emma S. Barrientos Mexican American Cultural Center.  What these individuals do not notice or know is that inconspicuously nestled closed to the edge of the banks of the lake is a sculpture that was erected in May 1996 by David Santos, a local artist and sculptor, to commemorate the long awaited dream of indefinitely reserving 600 River Street as the site for  the Mexican American Cultural Center. If any of our newsletter subscribers or ESB-MACC supporters know how I may contact David Santos please let me know.  Also if anyone should have photographs or information regarding the sculpture or on the ceremonies that were held during May 1996 in conjunction with the cleansing of the land, I would love to hear from you.  It is our intent to preserve and document as much of the ESB-MACC history as possible.  I may be contacted at Gloria.Espitia@austintexas.gov or at (512) 974-3793.