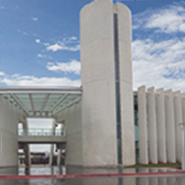 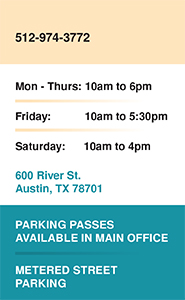 The Austin City Council adopted the Emma S. Barrientos Mexican American Cultural Center (ESB-MACC) Master Plan on May 24, 2018. The plan presents design recommendations to better meet the current and future needs of the center. The process sought public input on programming to guide the expansion of the existing facility, new facilities, new shade structures, parking, landscaping and the potential redesign of the plaza. Additional site plan elements include design options for mobility access or circulation, the “Gran Entrada” or entrance to the complex, its relationship to the waterfront at Lady Bird Lake and Waller Creek, and to the neighboring commercial and residential properties.

Board, Commission and Council presentation schedule

Board, Commission and Council presentation

Public input on the project began in late May of 2017 with the team hosting four small stakeholder group discussions with the MACC Board, former board members, artists, community members and ESB-MACC staff. Three additional sessions were hosted with partners such as the Waller Creek Conservancy and The Trail Foundation. The first of three public open house meetings took place on June 17th and provided participants an overview of the project and an opportunity to discuss programming space needs directly with representatives from the CasaBella design team. This phase encouraged participants to complete a substantive survey made available online and in print. A list of the public meeting materials is available for download here:

On October 7, 2017, the City hosted a second public open house meeting for the CasaBella design team to present a series of design concepts that responded to the input received from the community.  Four additional focus group sessions were held with performance and visual artists, community arts and cultural groups to gather feedback on how well the proposed design concepts met the objectives and needs for the future. The public feedback received during this meeting helped CasaBella prioritize elements of the design and prepare a final recommendation to be presented during the third and final public open house. A list of the public meeting materials is available for download here:

On January 20, 2018, the third and final public meeting was hosted by the City to present a final draft of the proposed Master Plan. The purpose of the meeting was to document public input on how well the plan accomplishes the needs for each of the Center’s key programming space elements. Feedback received during this phase will be considered for a final design presentation being prepared for City Council, Boards and Commissions in early 2018. A list of the public meeting materials is available for download here: