Austin is required by Texas law to designate a Non-Radioactive Hazardous Materials (NRHM) Route for non-radioactive, hazardous cargo traveling through Austin. The Austin Transportation Department is currently in the process of identifying this route. 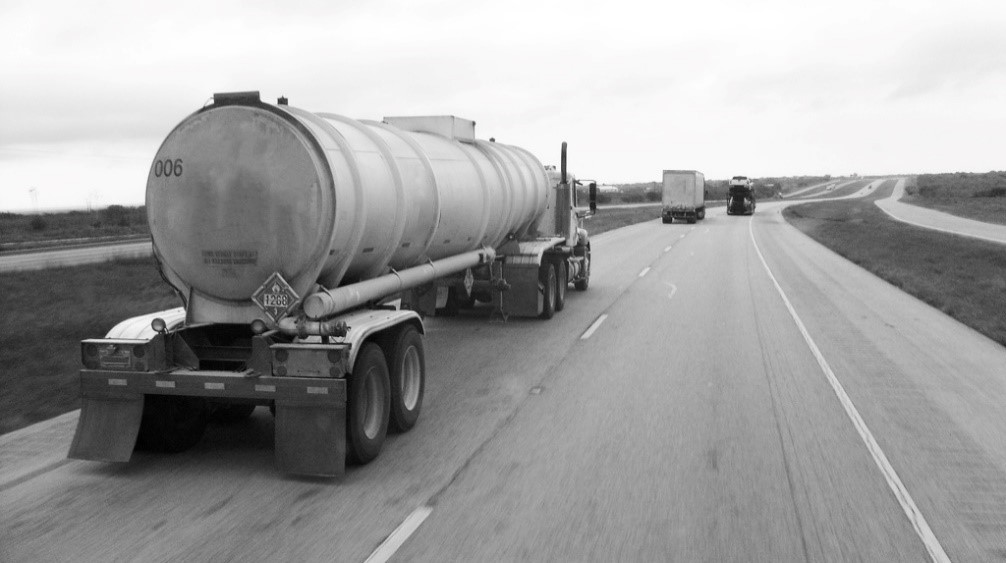 What are Non-Radioactive Hazardous Materials (NRHM)?

Hazardous materials are substances that the U.S. Secretary of Transportation has determined to be capable of posing an unreasonable risk to health, safety and property when transported in commerce. NRHM include the nine classes of hazardous material (excluding radioactive materials), which, when transported, require placarding to display the type of NRHM being carried. 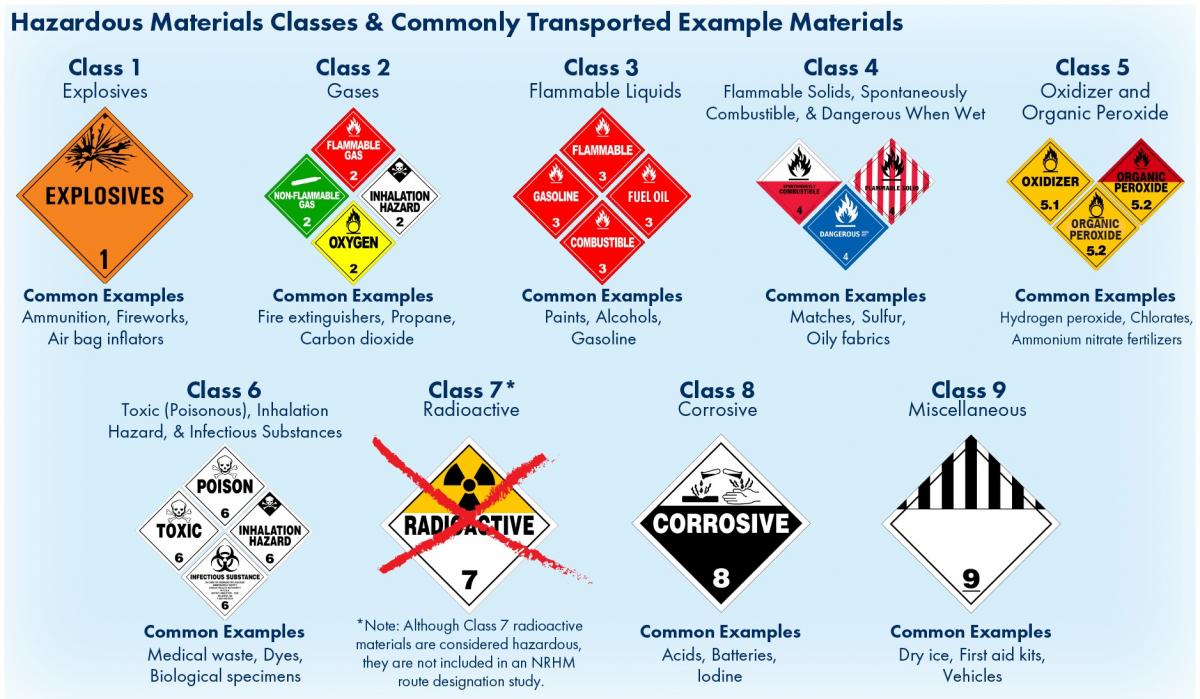 Purpose of the Study

Currently, trucks transporting NRHM are allowed to use any road in Austin, except those with prior restrictions on truck traffic. The primary objective of this study is to designate a route or set of routes that direct the travel of trucks carrying NRHM through and within the City of Austin without unduly burdening commerce. This will:

When analyzing potential routes for NRHM travel, the study will consider:

The study will also consider current commercial hazmat travel patterns and the location of NRHM facilities within the city.

The draft proposed routes were developed through a process guided by the Federal Highway Administration publication titled Highway Routing of Hazardous Materials: Guidelines for Applying Criteria (November 1996), as well as feedback from local stakeholders and the public. The draft proposed routes include travel in either direction on the following roadways:

It is important to note that these routes are designed to specifically address the trucks/vehicles traveling through, not within, the city. Click the maps below to enlarge. 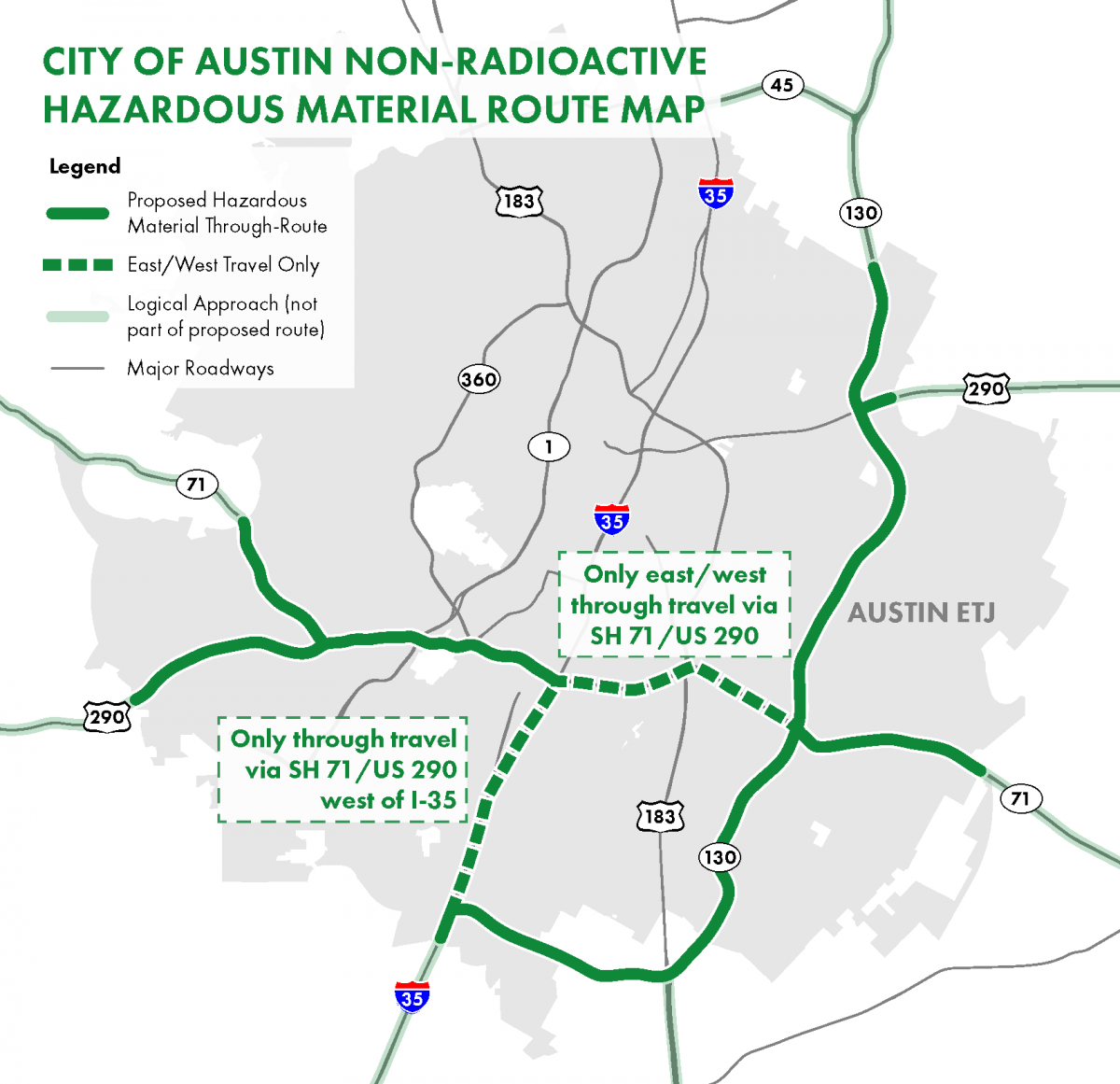 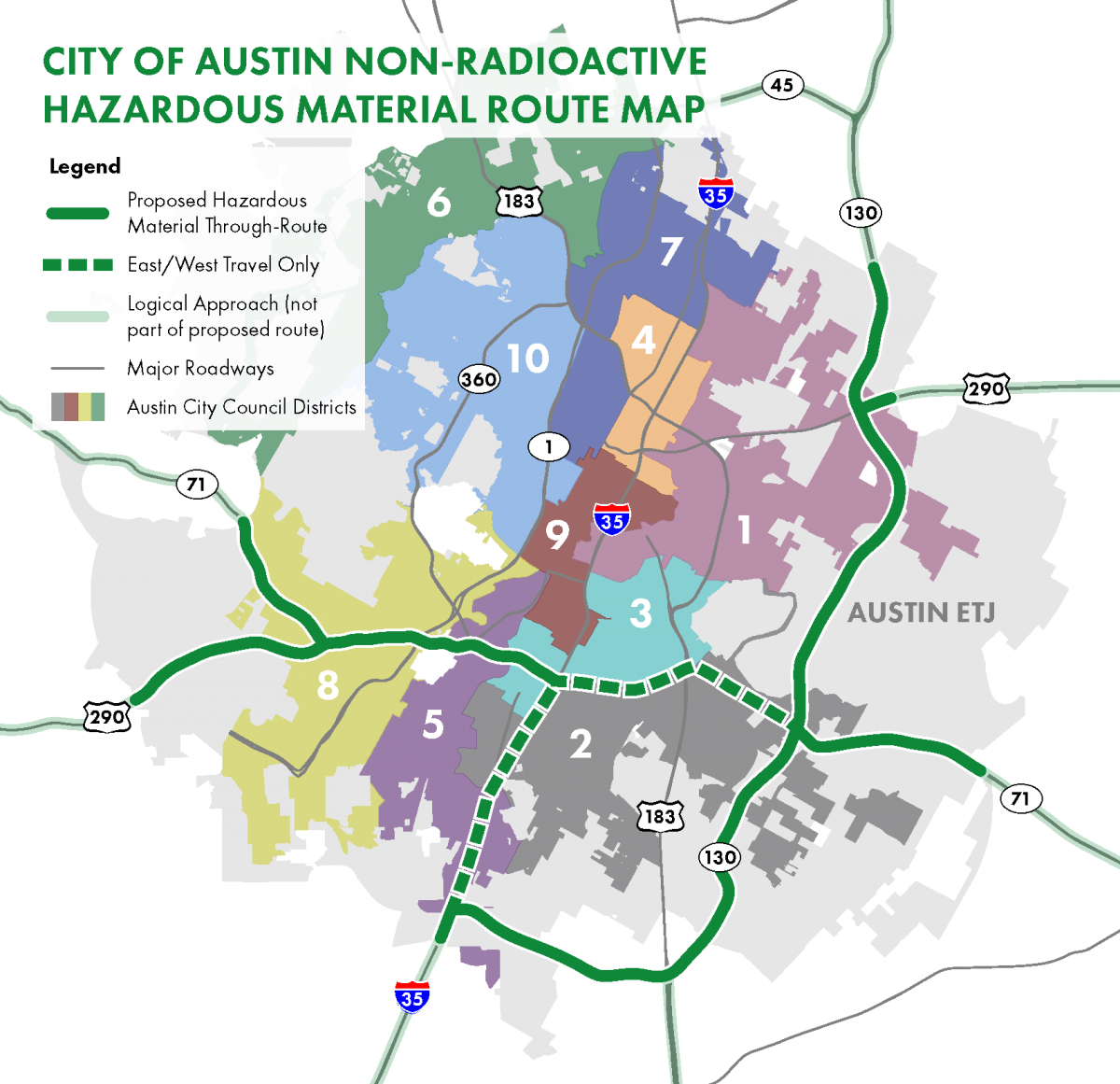 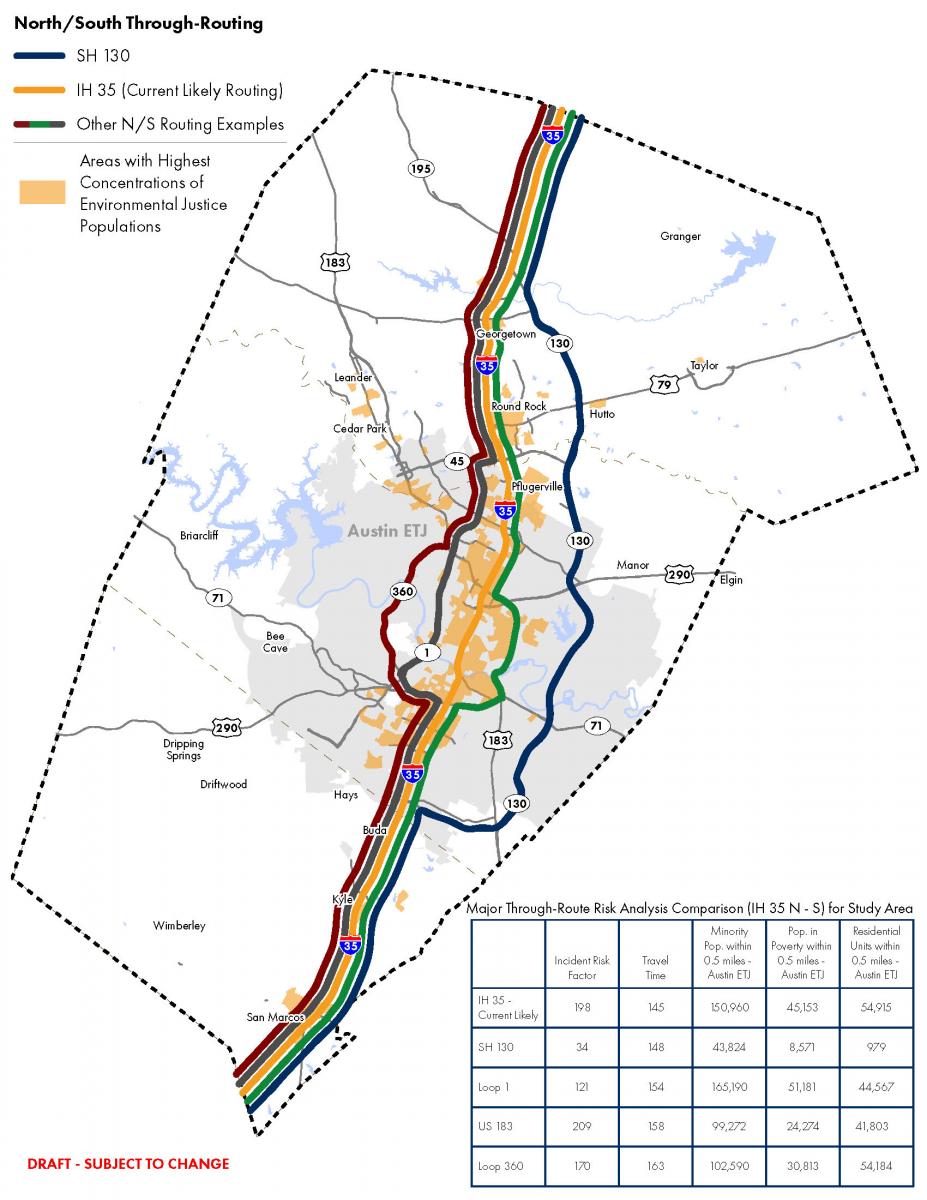 We want to hear your feedback!  In addition to the stakeholder and public meetings held over the past two years, the City of Austin has been conducting ongoing public meetings and workshops on route development and designation through the Austin Strategic Mobility Plan (ASMP) public participation process.

The NRHM Route Designation Study is part of the Austin Strategic Mobility Plan (ASMP), which is the City’s future transportation plan that provides mobility-related goals and objectives that guide near- and long-term transportation investments. This approach allows us to take advantage of the ASMP’s robust public participation process, which is designed to reach the broadest spectrum of our community, to inform the public about the study and provide interested parties with opportunities to provide input on the route designation.  To learn more, please visit the ASMP website.

The NRHM Route Designation Study will be at City Council on Nov. 14, 2019, to conduct a public hearing and approve a resolution to endorse a staff recommended route to be submitted to the Texas Department of Transportation.

Resources about the Study

You can download a quick presentation (PDF) about the study. This document provides an overview of the study and the process to designate an NRHM. You can send feedback to hazmat@austintexas.gov.

The Texas Transportation Code (§644.202) requires municipalities with populations greater than 850,000 to designate a route or set of routes for commercial motor vehicles transporting NRHM on roads or highways within the municipality’s boundaries and to submit the proposed route(s) to TxDOT for approval. Austin surpassed the population threshold in 2013, after which the City Council approved Resolution No. 20130620-055 directing the City Manager to “…determine an appropriate process and potential timeline…to pursue a designated route for the transport of hazardous materials.” In response, the Austin Transportation Department recommended that the City launch a formal process to designate NRHM routes. The Texas Administrative Code (§25.103) prescribes the responsibilities of a political subdivision when establishing a NRHM route designation and provides guidance to ensure all designations are established.

Several other Texas cities and counties have already completed NRHM route designation processes. The National Hazardous Materials Route Registry is the list of designated, preferred and restricted routes for hazardous materials travel throughout the U.S.

Please email any questions, concerns or comments to hazmat@austintexas.gov.