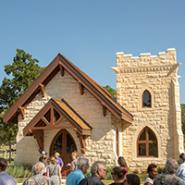 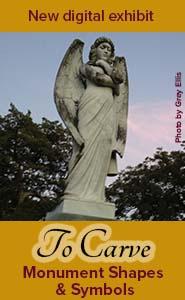 The Chapel is a visitor center where we can, as an act of remembrance, learn about our cultural heritage through the people who were buried in the surrounding cemetery. Genealogy reveals our forebears' influence on the past and future. We share and collect individual narratives to create a framework for the collective human story.

The history of the people buried in Oakwood Cemetery tells the story of Austin. As these people settled in Austin, they helped build the culture of the city, and the Capitol of Texas. Staff research produces digital exhibits which are published quarterly. These exhibits explore a theme. Staff collaborates with community groups and individual subject matter experts to produce content. Cultural events often accompany exhibits.

Oakwood Cemetery, like many in the American South, originally segregated burials based on race, ethnicity, and class. Over a century ago, north of the Old Grounds and surrounding the present day Oakwood Chapel, an area of Section 4 (A & B) was designated for burials of African Americans, Mexican Americans, recent immigrants, and impoverished people buried at the City’s expense. Records show that a majority of interments within this area were African American individuals and families. Other people of Mexican American and European American heritage also share this resting place.

Save Austin's Cemeteries is a non-profit organization dedicated to preserving the city-owned historic cemeteries in Austin through documentation, preservation, and education and promoting them as local and state cultural resources. This volunteer group hosts tours that have been well-attended for many years in the cemetery. See their website to get involved.