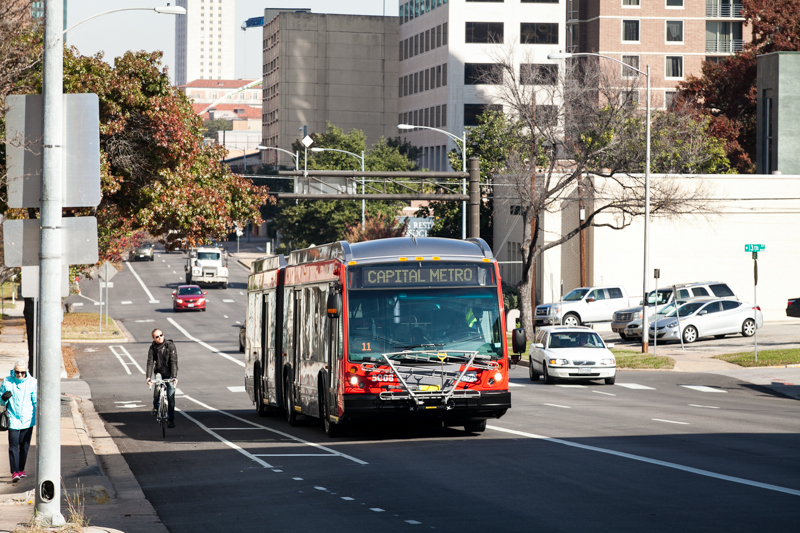 Transit priority lanes are specially striped lanes in high-traffic areas that help transit vehicles maintain an efficient and reliable schedule in congested areas. As many as 60 buses per hour operate during rush hour, carrying twice as many people as the adjacent automobile lane.

In some locations, the transit priority lanes are complemented by transit queue jumps. These are special traffic signals that give bus operators a signal to go prior to other lanes that are traveling in the same direction so that transit can more easily merge into traffic. The signal displays symbols instead of standard green, yellow and red bulbs in order to minimize driver confusion.

Austin now has three transit queue jumps, with the most recent one installed at Martin Luther King Jr. Boulevard and Lavaca Street in March 2016 (circled in green below). The first was installed in 2011 on North Lamar Boulevard at the Crestview MetroRail Station and the second was installed in 2015 at the Republic Square Park transit station. 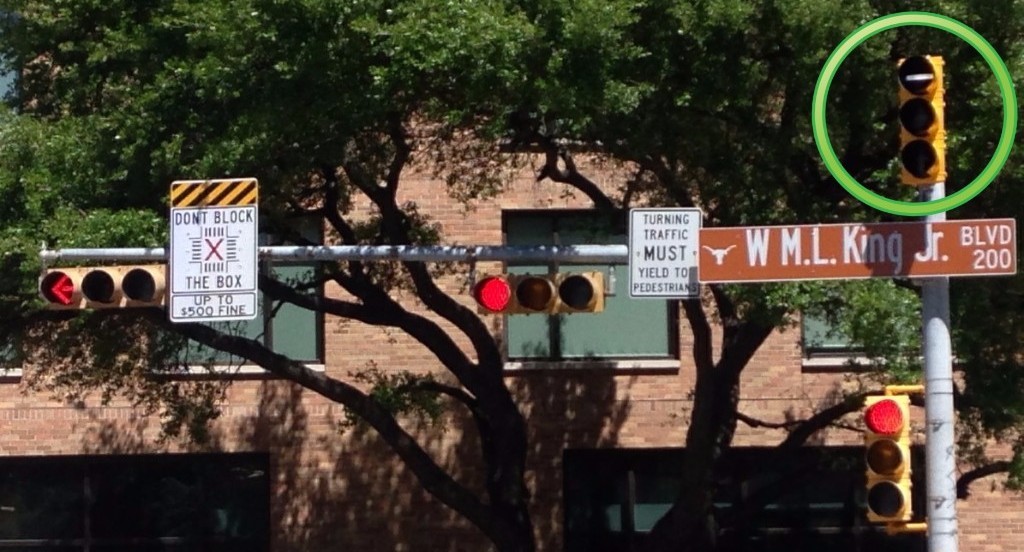 The Guadalupe-Lavaca transit priority lanes work toward the goals of Imagine Austin, the City’s Comprehensive Plan, by improving access to and mobility within the regional core as well as creating a more balanced multimodal transportation system that supports growth.

Drivers benefit from a safer, more organized travel stream for both auto and transit operations. In addition, the transit priority lanes eliminate the need for buses to obstruct the travel lane during loading and unloading. Cars may still enter the lanes (generally within 100 feet of an intersection) to make right turns. Delivery vehicles, valet and taxis must use side-streets to load or unload for areas directly adjacent to the transit priority lanes.

Cyclists have a dedicated bicycle-only lane to the right of the transit priority lanes and signage and street striping inform them to yield to MetroRapid vehicles.