Best known for her advocacy and work in the field of mental health, Evelyn Maurine Carrington was born in Austin in 1898.

After attending Austin High School, she earned three degrees from the University of Texas: a B.A. in 1919, an M.A. in 1920 and a Ph.D. in 1930, with additional work at the Institute for Juvenile Research, at the Michael Reese Hospital in Chicago, and at Columbia University.

She remained with the Children’s Medical Center until 1973 and maintained a private practice in child psychology in Dallas during her tenure there.

Her career focused mainly on childhood learning - especially as it related to the process of learning to read - the problems associated with aging, and mental health -even sponsoring the Mental Health Club while studying for her PhD.

Her reputation extended beyond the world of academia. She was a delegate to two White House conferences and a member of the Governor's Commission on aging and needs of the elderly.

She died in Austin in October of 1985 and is buried in Oakwood Cemetery with the rest of her family. 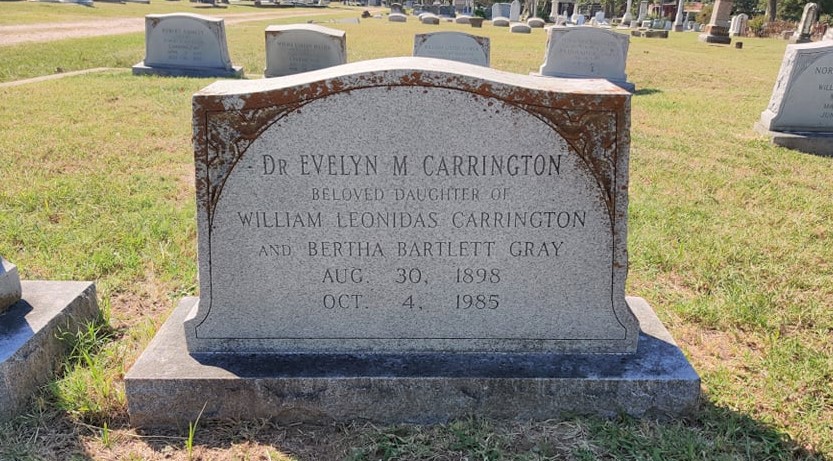