Oct 26, 2020 - 10:50 am
Erminia Thompson Folsom was born in New York, on November 6, 1878, and moved to Texas with her family in 1881. Folsom’s father, a Universalist minister, sold crockery in Iowa but worked as an educator and then lawyer in Texas, while her mother, also a Universalist minister, worked as a lecturer here in Texas.
Folsom entered the University of Texas where she received a Bachelor of Science degree in 1907. In 1910, She became a public school teacher in Dallas for a time, where she lived with her brother Clarence and in 1911 she ran one brother's law office for a summer (while both brothers were in California).
As an active member of the National American Women’s Suffrage Association she marched in the first suffrage parade in Washington, D.C. and was part of the Texas Equal Suffrage Association.She was also an official organizer for the College Equal Suffrage League, a group that worked to involve younger women in the fight for the right to vote. 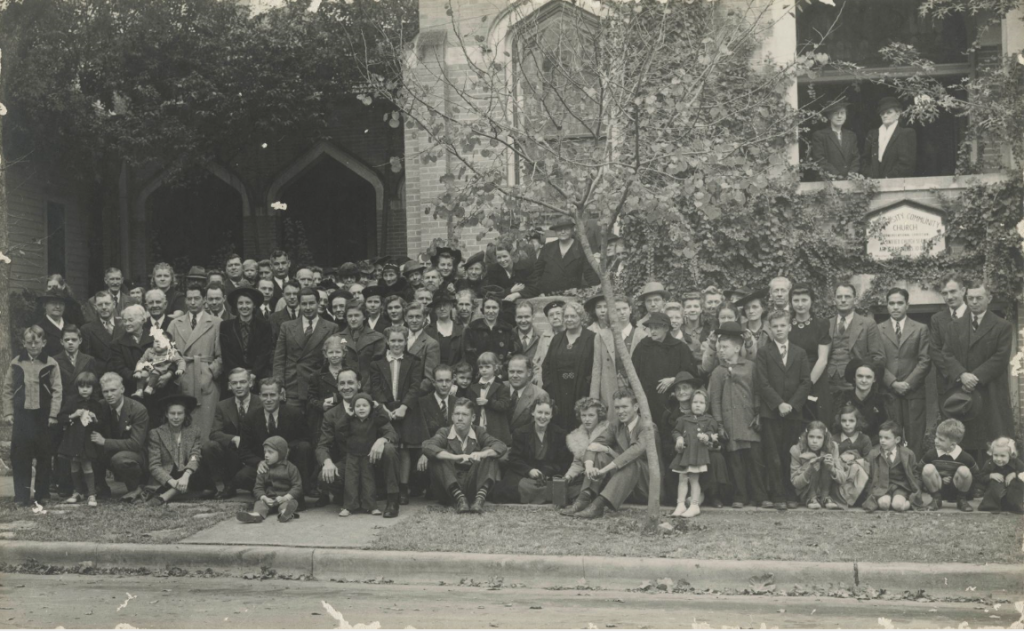 Image: Congregational Church of Austin group photo, 1941. Folsom is in the back, in front of the second door, wearing glasses and a dark hat with a feather, PICA 03322
Courtesy of Austin History Center, Austin Public Library.
Not stopping with the right to vote, Folsom was also active in the Texas Woman's Christian Temperance Union, serving as a delegate to the state convention in Galveston in 1939 and working as a reporter for the Texas White Ribbon, the official publication of the Texas WCTU. Folsom attended several state and national conventions and was the Texas delegate to the 1921 National WCTU convention in San Francisco, California. Part of the TWCTU’s reform efforts focused on prisons and jails.
Folsom worked within the Texas legal system and eventually became the first female deputy constable in Travis County in 1920. In 1921 she worked as the acting secretary of the Travis County Prison Association. In 1927 Folsom began to work as a social worker in Austin, a job she performed into the 1950s. She supplemented her social work during the 1930s by operating a boarding house and teaching at a music studio.
Erminia Folsom continued to live in Austin after her brothers' families moved to California. She was admitted to the Allandale Nursing Home and died from pneumonia in December 1967.
She is buried in Austin Memorial Park. 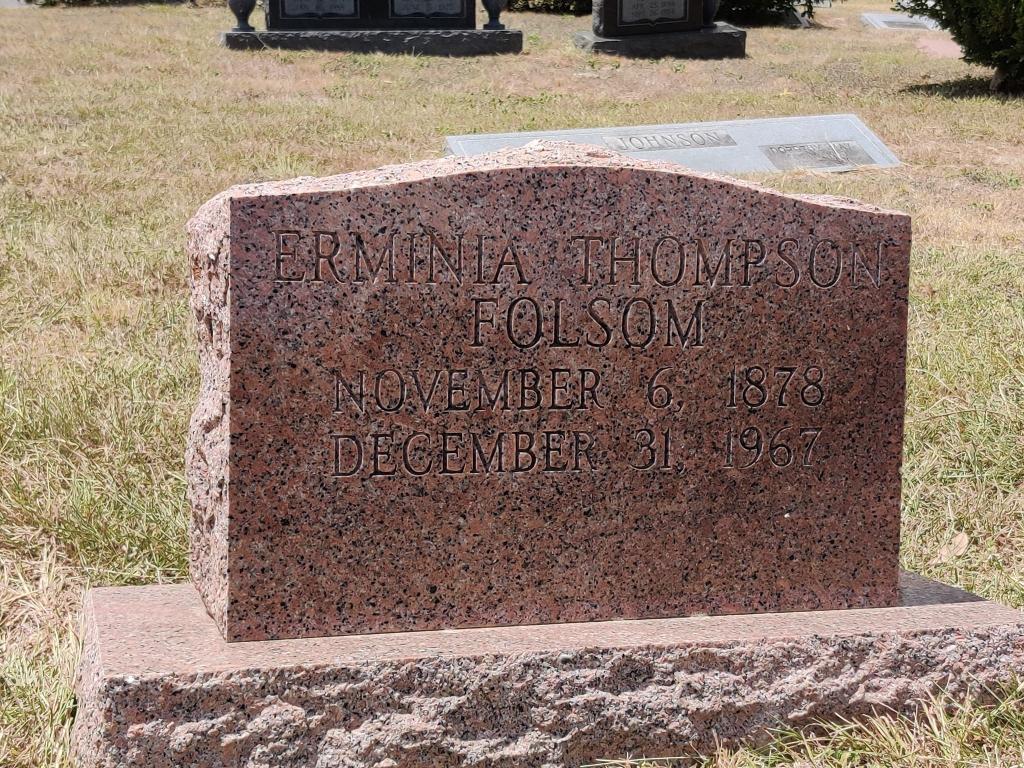