Zachary Thomson Scott was born in December 1880, in Fort Worth, Texas and grew up on his family’s ranch in Bosque County, Texas. He attended a private school near Fredericksburg, Virginia and was taught by his aunts, returning to Texas to attend the University of Texas medical school in Galveston.

As he was living in Galveston at the time of the 1900 hurricane, he was actively involved in rescuing the many patients that were trapped by the floods.

After graduating in 1903 he began his practice in Clifton, Bosque County, but moved to Austin in 1909. He established the Austin Sanitarium with Thomas J. Bennett where he developed a life-long professional interest in Texas Tuberculosis Association and the treatment of TB, even  instituting the sale of tuberculosis seals in Texas - Beginning in 1907 seals were introduced as a way to help physicians fund tuberculosis hospitals or  sanitoriums. Still a fundraiser for the American Lung Association today the funding the seals provide has been expanded to include other respiratory diseases like lung cancer, asthma, COVID-19, and lung damage due to air pollution and second-hand smoke.

During World War I, he served as a lieutenant commander in the navy and organized a medical, which was moved to the naval hospital in Gulfport, Mississippi, under his command. 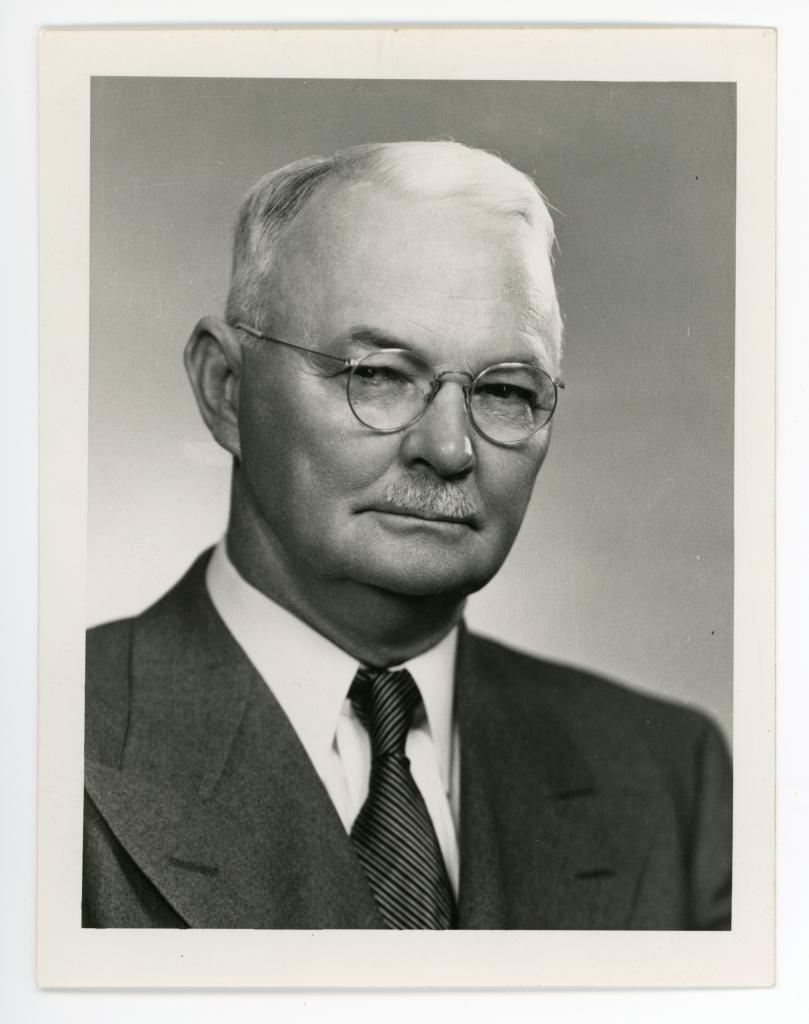 Portrait of Dr. Scott courtesy of the Austin History Center

After the war he returned to Austin and served on the Austin Selective Service Board for many years. And in 1923 he established the Scott-Gregg Clinic with Frank C. Gregg and specialized in the treatment of tuberculosis.

When the clinic closed in 1930 due to the Great Depression, Scott became Chief of Staff at Brackenridge Hospital where he served until he retired in 1947.

When he retired he returned to his family ranch near Buda and began to breed cattle, crossing Santa Gertrude with Hereford cattle to form a new breed he called San Gerfords.

He was also a ruling elder and trustee of University Presbyterian Church, and a member of the board of directors of the Capital National Bank of Austin from its creation in 1934 until his death. And he was active in the American Medical Association and the Texas Tuberculosis Association throughout his time in Austin. 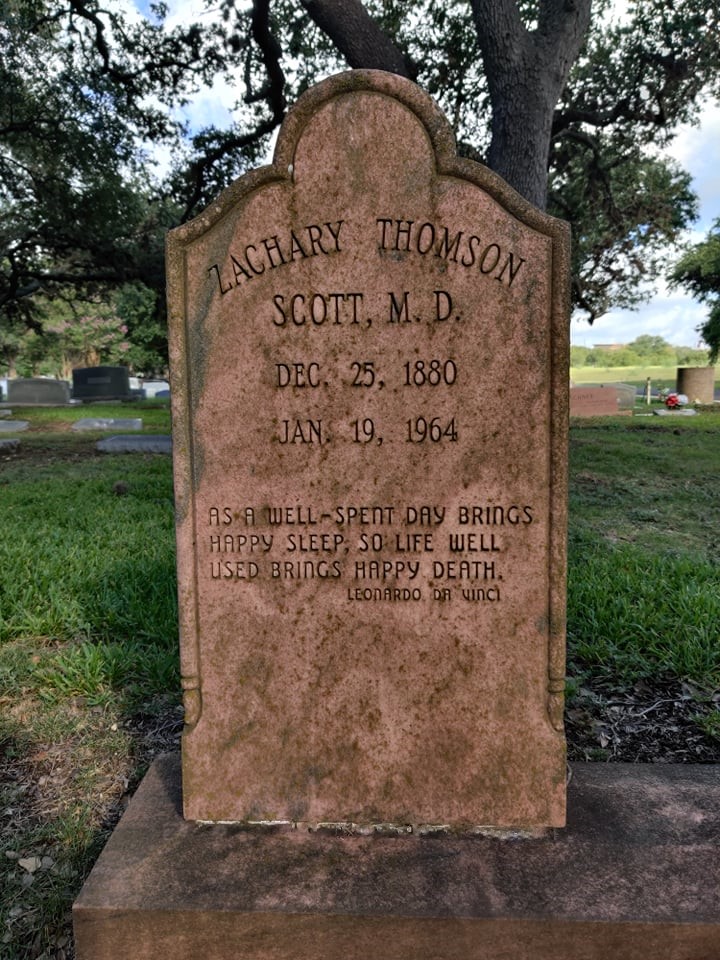