Giving back to the planet: a garden that prevents wildfires

Giving back to the planet: a garden that prevents wildfires

In 1969, a massive oil spill occurred near Santa Barbara, California. Over 21,000 gallons of crude oil was dumped into the ocean, killing thousands of marine animals and igniting public outrage. It was this event that inspired the first Earth Day.

Founded on April 22, 1970 as a national “teach-in” to educate the public about environmental issues, this past Earth Day marked the 49th anniversary of the largest secular event on the planet. What started as a relatively “small” movement — 20 million people participated in that first Earth Day — has grown exponentially. It’s estimated that more than a billion people took part in Earth Day activities around the world this year.

Now, considering that more than 100 billion pieces of junk mail are delivered in the United States each year, and that half of the world’s tropical and temperate forests are gone, the question of “what can I do?” is more important than ever. This is the story of how the Austin Fire Department celebrated Earth Day in our community.

The Austin Fire Department’s Fire Explorer Post 370 and several members of the Wildfire Division took action to help the planet by working on a beautification project at Austin ISD's Ross F. Baldwin Elementary School in Southwest Austin: a Firewise Demonstration Garden. Firewise is a program created by the National Fire Protection Association that promotes reducing or removing flammable vegetation near a building to make it less prone to wildfire. 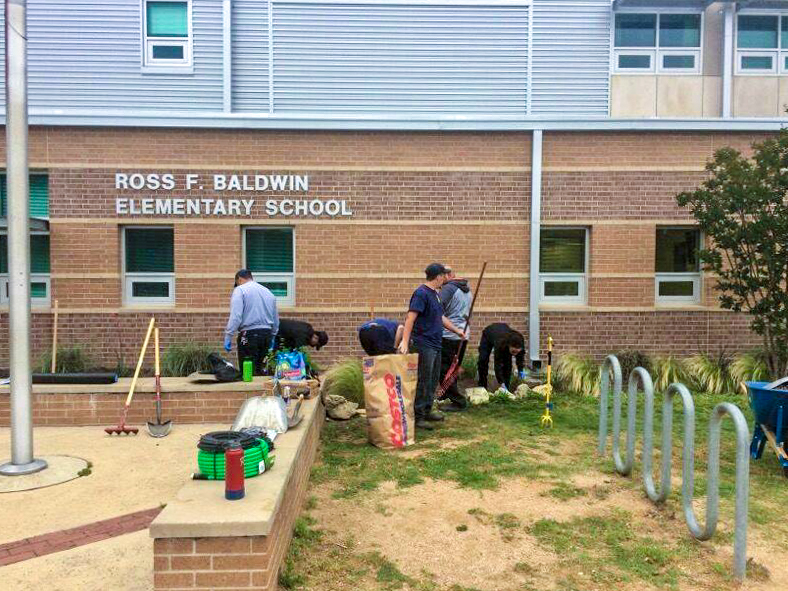 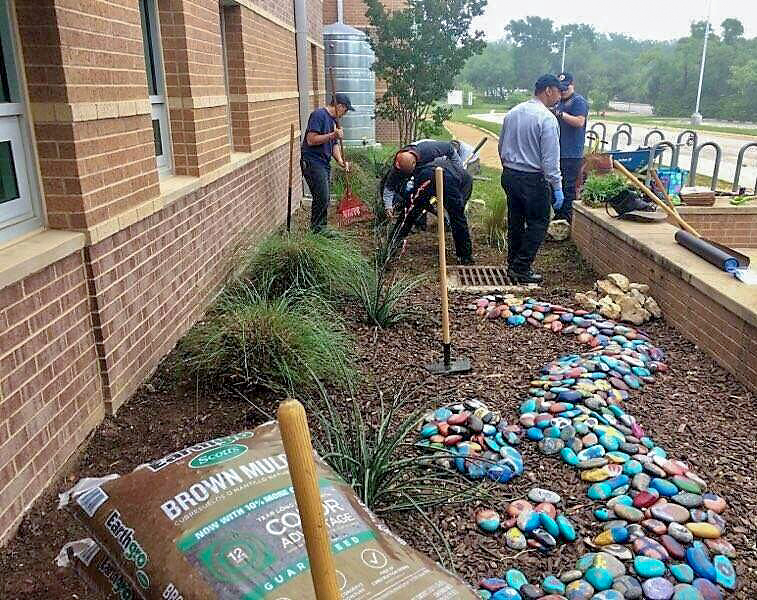 At Baldwin Elementary, there had already been some work done to an existing garden during a recent campus clean-up, which was a great start. But, because some of the school’s portable buildings are near a heavily wooded area, the campus was deemed a high risk for wildfire. So, to help the students, parents, and staff of Baldwin work to become a Firewise school, the Fire Department team helped build a garden designed specifically around Firewise landscaping concepts. 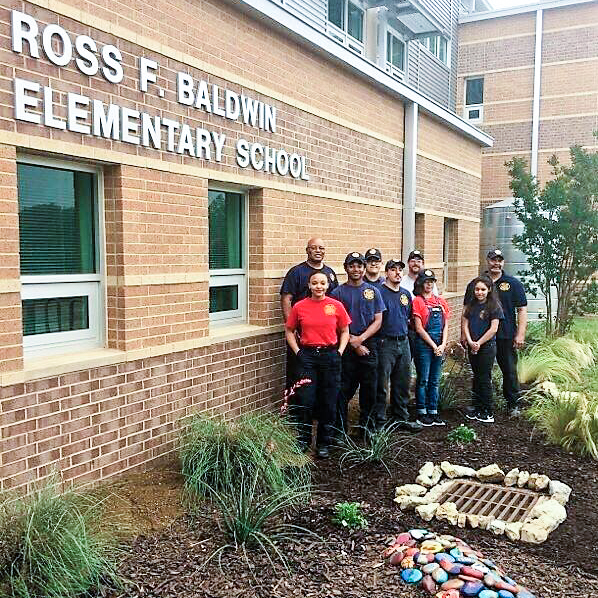 The team contributed tools, time, and one ton of crushed granite — adding the stone to provide a wildfire buffer for the school as well as several less flammable plants. The demonstration garden will serve as an example of how to reduce wildfire risk, and hopefully will inspire similar projects at other Austin-area schools.

There are so many things — big and small — that you can do to help protect our environment. It can be as simple as switching from plastic to paper straws (or better yet, eliminating them altogether), donating your old smartphone, riding your bike, getting your name off those junk mail lists, or signing up for e-billing. Here are some more ways you can help conserve resources.

And if you or someone you know might be interested in a career in the fire service, consider joining the Fire Explorer Post 370. This co-ed program for youth 14-20 years old is chartered by the Austin Fire Department through the Boy Scouts of America, and has been lauded as one of the best around! Learn more about Fire Explorer Post 370.

*Content provided by the Austin Fire Department, with photos by Captain Josh Anderson.