John Mason Brewer (1896-1975) was born in Goliad in 1896 and grew up in Austin. Over his 50-year career as a teacher, writer, historian, poet, storyteller, and folklorist, he is most well known as the person who almost single-handedly preserved the African American folklore of Texas.

Brewer’s love of stories and folklore can largely be traced to his upbringing. His grandfathers were waggoners who hauled dry goods across Texas, and his father worked as a barber, drover, grocer, mail carrier, postmaster, and cowboy. His mother was a schoolteacher and gave him access to books of African American history and encouraged a love of education that would follow him throughout his life. Between these influences, it’s no surprise his interest in writing and storytelling was piqued.

Brewer attended Black public schools here in Austin, and in 1917, he graduated from Wiley College in Marshall with a BA in English. The next year he joined the army and went to France as an interpreter (he spoke French, Spanish, and Italian). When he returned to the U.S., he worked as a principal and teacher and wrote poetry, but also began to gather the folk tales he was hearing in his daily life at school, church, general stores, and barbershops. The stories would come from formerly enslaved people and their descendants, and he recorded the stories in the local accents and dialects that the storytellers themselves had.

Teaching at Samuel Huston College (now Huston-Tillotson University) in Austin in the 1930s put him into contact with University of Texas professor and folklorist J. Frank Dobie, who persuaded Brewer to publish the collected Black folklore. When Brewer shared some of his tales, they were published under the title of “Juneteenth” in Tone the Bell Down, a journal published by the Texas Folklore Society. The next year “Old Time Negro Proverbs” was published and Negrito, a volume of his own poetry, was published in 1933. Negro Legislators of Texas and Their Descendants (1935), The Negro in Texas History (1936), and An Historical Outline of the Negro in Travis County (1940) all followed. Heralding Dawn: An Anthology of Verse (1936) featured the poetry of Black Texans. 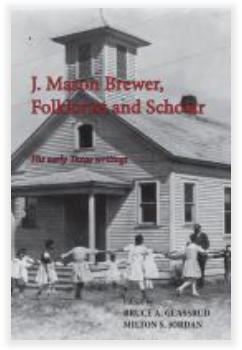 He is most notorious for his three collections of Black Texas folklore: The Word on the Brazos: Negro Preacher Tales from the Brazos Bottoms of Texas (1953), Aunt Dicy Tales: Snuff-Dipping Tales of the Texas Negro (1956), and Dog Ghosts and Other Texas Negro Folk Tales (1958). While teaching in North Carolina he published Worser Days and Better Times (1965) and won an award for American Negro Folklore (1968).

After being chosen one of twenty-five best Texas authors by Theta Sigma Phi, Brewer became the first African American member of the Texas Folklore Society and the Texas Institute of Letters. He also became the first African American to serve on the council of the American Folklore Society, eventually rising to the position of vice-president. He received grants for his research in Negro folklore from the American Philosophical Society, the Piedmont University Center for the Study of Negro Folklore, the Library of Congress, the National Library of Mexico, and the National University of Mexico. He described his own tales as “as varied as the Texas landscape, as full of contrasts as the weather” and his books serve as a timeless record of Texas storytelling, and powerful proof of what he called "folklore as a living force."

He passed in January of 1975 and is buried in Evergreen Cemetery here in Austin. 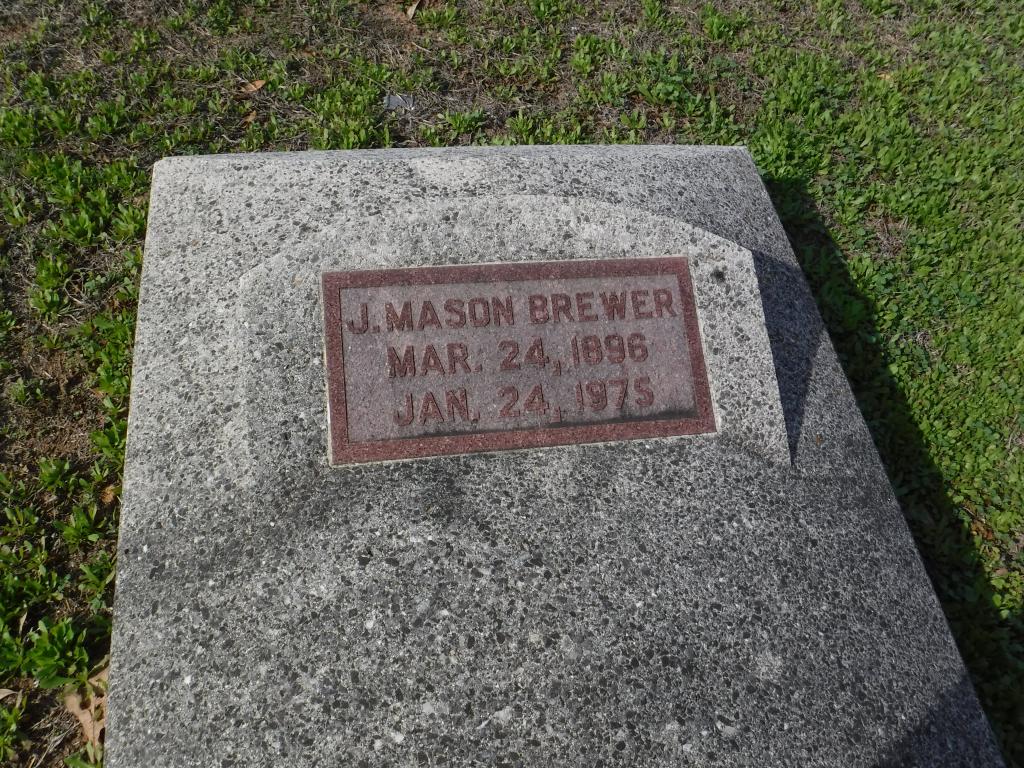