Jane Legette Yelvington McCallum is known as a suffragist leader and Texas Secretary of State. She attended school in Wilson County, at Dr. Zealey's Female College in Mississippi, and studied at the University of Texas, though she never received a degree. 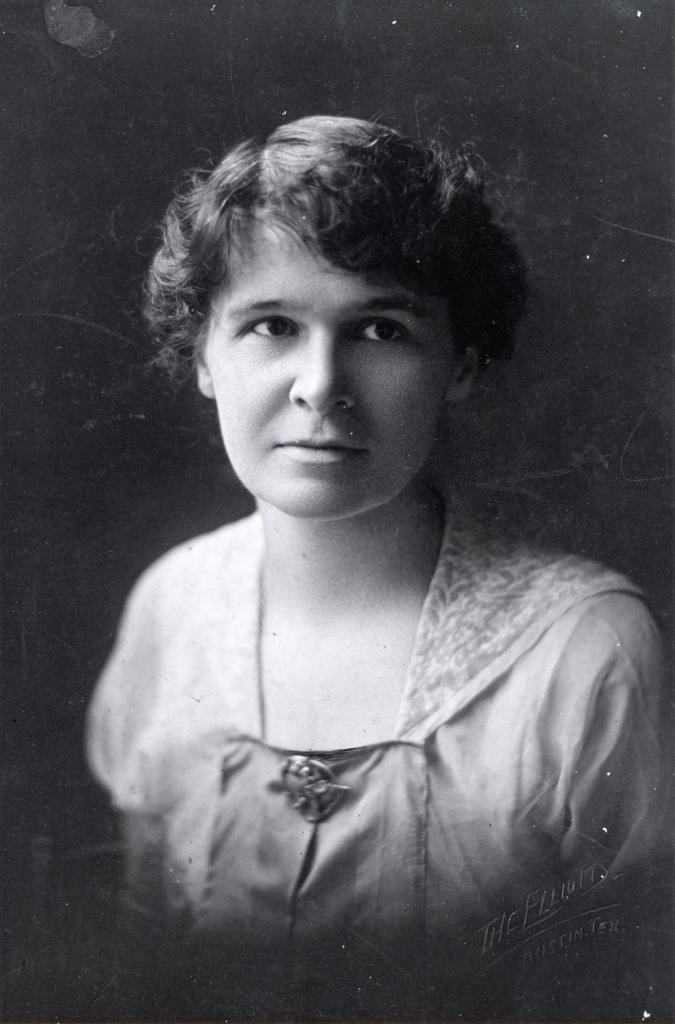 She moved to Austin in 1903 when her husband became school superintendent. While here she joined in the fight for women’s rights and in 1915 was elected president of the Austin Woman Suffrage Association. She served as State Manager of Press and Publicity for the state constitutional amendment on full suffrage and as State Chairman of the ratification committee for the nineteenth amendment. Going on to be State Publicity Chairman for the Education Amendment to the Texas Constitution and running publicity for the League of Women Voters of Texas where she served a term as the First Vice President. Not stopping there, she was also a member of the Texas Committee on Prisons and Prison Labor and was appointed Secretary of State in 1927.

More locally,  she was appointed to the first Austin city planning commission in 1944 and in 1954 she became the first woman Grand Jury Commissioner in Travis County!

McCallum became Executive Secretary of the Women's Joint Legislative Council. Better known as the “Petticoat Loby” the council was a coalition of six statewide women's organizations that lobbied for: education bills, prison reform, stronger prohibition controls, maternal and child health funds, and the eradication of both illiteracy and child labor.
As a published author, McCallum’s writing concentrated on women's issues and women leaders. The Austin American Statesman featured her suffrage column, "Woman and Her Ways" until the late 1940s. She wrote History of Woman Suffrage, and her collection of bio sketches on early American leaders, Women Pioneers, was published in 1929. During the 1950s Texas Parade published some of her works, including, "All Texians Were Not Males."

She passed away on August 14, 1957 and is buried in Oakwood Cemetery here in Austin. 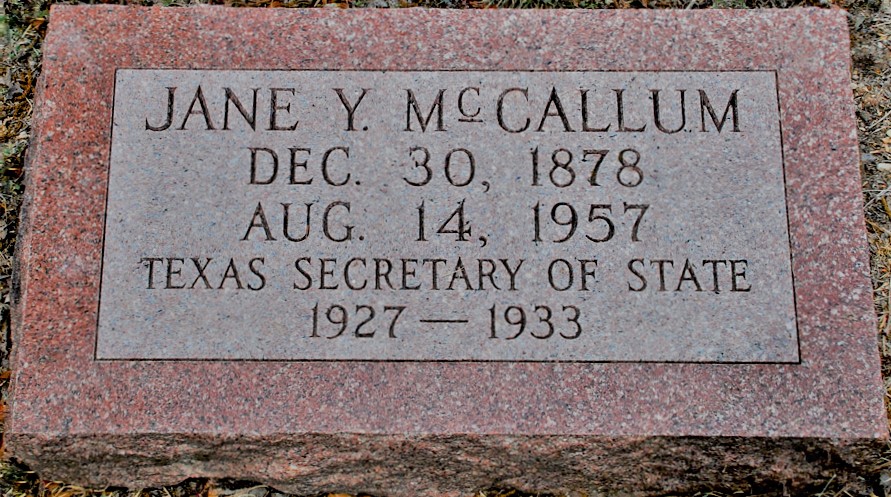