Noble Doss is best known for his “impossible catch” in 1940 when Texas took the National Championship title from Texas A&M, but this was only one moment in a life full of football and service to his country.

He was born in Temple, Texas in 1920 and attended Temple High School before graduating from the University of Texas where he made a name for himself as an accomplished member of the Texas Longhorns football team, making that “impossible catch” that gave Texas the only points on the board for the 7-0 win that knocked the Aggies out of the Rose Bowl and is still one of the most famous images in school history. He is also the only player in UT history to lead the team in interceptions for three straight years.

During World War II he enlisted and served as a Lieutenant with the US Navy in the Pacific Theater.

Upon the completion of his service, he went straight back to the football field, but this time at the professional level.

Chosen by the Philadelphia in the 11th round of the 1942 NFL Draft he played for the Eagles for two NFL championship games and earned a World Championship ring with their victory in 1948 against the Chicago Cardinals. When with the New York Yankees (AAFC) in 1949, he played alongside such greats as Tom Landry and Arnie Weinmeister.

In an interview with ABC before he died he talks about his time playing football, his greatest catch, and what he sees as his greatest failure in the game.

After he completed his time in the NFL he and wife returned to Austin where he got involved in Longhorn football again. He served for a time as the letterman representative to the Athletics Council, and was a charter member of the board of directors of the Greater Austin Chapter of the National Football Foundation and College Hall of Fame. All while creating a successful life insurance business that he ran until he retired in 2001.

Noble was inducted into the Longhorn Hall of Honor in 1980 and, in 1995, into the Texas High School Football Hall of Fame.

Noble Doss died on February 15, 2009 at the age of 88 in Austin, Texas and he is buried in Austin Memorial Park. 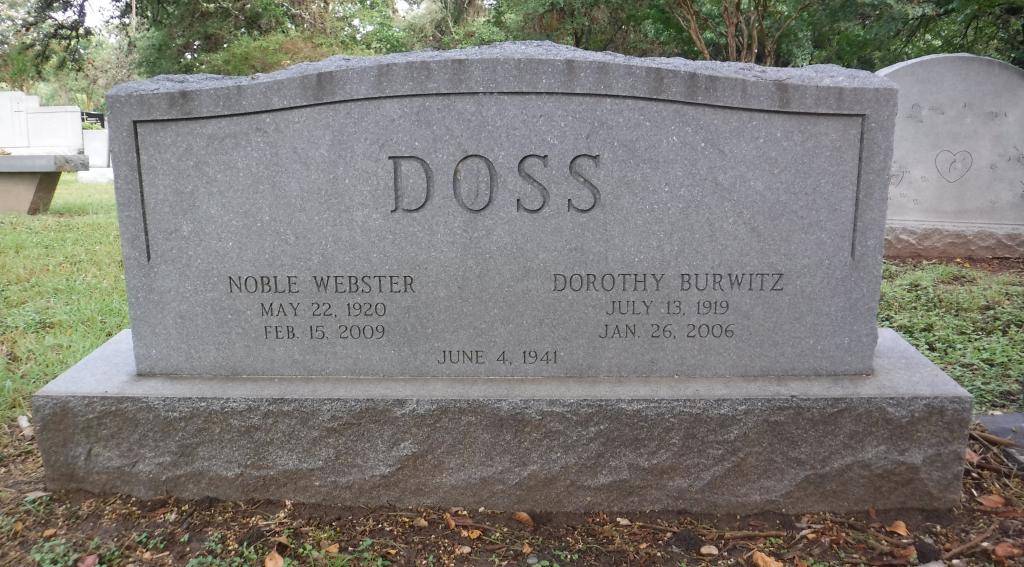