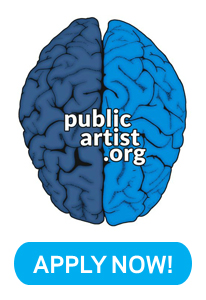 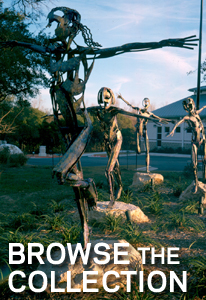 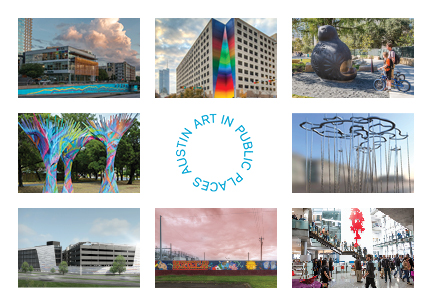 Established by the City in 1985, the Art in Public Places (AIPP) program collaborates with local & nationally-known artists to include the history and values of our community into cultural landmarks that have become cornerstones of Austin’s identity.

The City of Austin is no longer accepting applications for the Austin Creative Space Disaster Relief Program. The deadline for submission expired on June 17, 2020 at 5:00 p.m.

We are in the process of reviewing all applications submitted, and we are exploring how we can use additional federal and local funds to offer additional assistance for small businesses, start-up companies, entrepreneurs, creatives, and non-profit organizations.

The City of Austin is no longer accepting applications for the Austin Music Disaster Relief Fund. The deadline for submission expired on June 26, 2020 at 5:00 p.m.

We are in the process of reviewing all applications submitted, and we are exploring how we can use additional federal and local funds to offer additional assistance for small businesses, start-up companies, entrepreneurs, creatives, and non-profit organizations.

The City of Austin is no longer accepting applications for the Austin Non-Profit Relief Grant. The deadline for submission expired on July 24, 2020 at 8:00pm.

We are in the process of reviewing all applications submitted, and are exploring how we can use additional federal and local funds to offer assistance for non-profit organizations, small businesses, start-up companies, entrepreneurs, and creatives.

The City of Austin is no longer accepting applications for the Austin Small Business Relief Grant. The deadline for submission expired on July 24, 2020 at 8:00pm.

We are in the process of reviewing all applications submitted, and are exploring how we can use additional federal and local funds to offer assistance for small businesses, start-up companies, entrepreneurs, creatives, and non-profit organizations.

Austin's New Year is the City of Austin's Official New Year's Eve Celebration. 2019 festivities start at 7:30 p.m. Dec. 31 at Vic Mathias Shores. Celebrate with performances from The Peterson Brothers at 8 p.m. and Shinyribs at 9 p.m. before a fireworks finale at 10 p.m.!

This music-specific trade and export alliance, the first of its kind, is a public-private partnership involving City Council, City staff, and private industry leaders in both cities. The Alliance will encourage joint programming and exhibitions, meaningful trade partnerships for music products and services, and enable the growth of new commercial music business ventures by acting as a gateway for emerging entrepreneurs as well as established professionals.

The Business Expansion Incentive Program is a pay-for-performance program that pays out annually to qualified businesses. The Economic Development Department is identifying and qualifying high-impact projects for:

The City of Austin Economic Development Department is actively searching for a master developer partner to work with city staff and the community to plant seeds of change for a more complete community in this part of Austin.  By working together, we can develop the 208-acres of publicly-owned land to help transform it into a complete community with vibrant opportunities to live, shop, work, and play.

The City of Austin provides cultural arts programs for the Austin community by contracting with arts organizations for specific services. These contracts are referred to as Cultural Services Agreements, or Cultural Contracts.

The City of Austin values the creative industries as vital contributors to our community’s character and prosperity. An economic impact study commissioned in 2011 estimates the total impact of gaming and digital media to be over $990 million, with projected growth over the next decade. The Department works to develop digital media and gaming in Austin in partnership with local economic development, workforce, and financing organizations.

Downtown Austin is everyone’s neighborhood.  It is where people gather for celebrations, where we exercise our most basic American freedom of public speech, and where we come to meet one another - by plan and by chance.  It is a place where we make that vital connection with one another as part of the larger community.  Downtown conveys our values and aspirations, both to ourselves and to the outside world.  As a place, Downtown is the most vivid and authentic expression of our history and culture; it is the soul of our region, a place like no other.

Drawing Lines is a public-private partnership between the Cultural Arts Division and GO collaborative, in partnership with Public City and Fisterra Studio. The project seeks to harness the power of arts and artists to directly engage the political transformations taking place in Austin as a result of the 10 newly drawn Council Districts. The project will assist district residents in identifying their communities’ cultural assets and artists will create artistic expressions of the districts’ character and diversity.

The U.S. Citizenship and Immigration Service (USCIS) EB-5 Immigrant Investor Program allows qualified investors to become eligible for green cards for themselves and their dependent family members. To qualify, individuals must invest $1 million in a commercial enterprise that creates 10 jobs. For complete information about the program, please visit the USCIS EB-5 website.

Faces of Austin is an annual program showcasing short films by local filmmakers, reflecting the diverse faces, voices, and experiences of our City.

Each year, the films selected for Faces of Austin will have a premiere screening during the SXSW Film Festival in March as part of a Community Screening event. The films will also be shown on ATXN, via the City's website, and at special screenings throughout the year. There is a cash honorarium for each selected short film and a prize for the Judge's Choice.

The City of Austin realizes and appreciates the value of the film industry. An economic impact study commissioned in 2011 estimates the total economic impact of film and visual media at a little over $280 million annually.

The Green Water Treatment Plant Redevelopment is part of the Seaholm District in Downtown Austin. Formerly the Thomas C. Green Water Treatment Plant, the site is bounded by Shoal Creek to the west, the 2nd Street alley to the north, San Antonio Street to the east, and Cesar Chavez to the south. Nueces Street and 2nd Street WERE extended through the site as part of the project.

The Heritage Grant serves to promote tourism through the preservation, restoration and rehabilitation of historic buildings, sites or districts.

The International Economic Development Program is your point of contact for international business, trade, and investment in Austin.

The International Trade and Investment Program works to link Austin businesses with international markets and business partners, and increase foreign direct investment in the city.

This page is currently being updated. If you are looking for information about the Business Expansion Incentive Program, please visit: http://austintexas.gov/department/business-expansion-incentive-program.

The award-winning public-private partnership between the City of Austin and Catellus Development Group was the result of hundreds of public meetings and collaboration between the City, its consultants and community stakeholders.

Opportunity Zones are part of a federal tax incentive provision that encourages investors to re-invest capital gains into Qualified Opportunity Zone Funds, which then invest in businesses, real estate, or business assets located in an Opportunity Zone.

Public Art at the Airport

As Austin continues to grow, so does Austin-Bergstrom International Airport (ABIA) – and this growth generates new opportunities to integrate public art at the airport. Our recently adopted AIPP Public Art Master Plan for ABIA will help ensure that future artwork reflects the identity of the region served by the airport and supports a sense of having arrived in a location that is uniquely Austin. See below for the latest work happening.

The former municipal power plant was redeveloped into a mixed-use anchor for the district. Two new buildings, an underground parking garage and green roof plaza were added to the existing generator building. The site features a mix of office space, retail, residential, a public plaza and an outdoor terrace overlooking Lady Bird Lake. The preservation and adaptive reuse of the historic power plant building was the impetus for the project and the main community benefit. Other community benefits include the plaza and enhanced south lawn and a $100,000 contribution for Art in Public Places.

The Sister Cities Program fosters friendly relations and understanding between the citizens of Austin and our sister cities around the world.  The program promotes Austin’s educational, cultural, and economic presence in the international community.

The Small Business Program provides business training, educational events, and coaching to empower entrepreneurs. Our mission is to foster job creation and support the growth of new and existing businesses by providing capacity building information, tools, and resources.

Souly Austin is a place-based economic development program focused on creating and retaining strong, vibrant, culturally rich and diverse neighborhood business districts throughout Austin. Under the initiative, business owners receive a flexible set of tools to assist in the formation of merchants associations and organized commercial districts.

The Texas Enterprise Zone Program is an economic development tool for local communities to partner with the State of Texas to promote job creation and capital investment in economically distressed areas of the state. 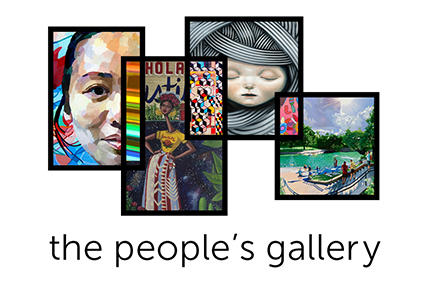 Thank you for participating in Austin: Welcoming City, an effort to gather community input to develop a shared definition and vision for Austin as a “Welcoming City” for international newcomers. The community input process took place between October 2014 and February 2015, and targeted immigrant residents, service providers, funders, elected officials, and the general public, through a combination of surveys, focus groups, and a provider summit. Community stakeholder participation was critical to ensure a meaningful public participation process and quality results.