Ima Hogg, known as the “First Lady of Texas,” was born in Mineola in 1882 as the only daughter among 3 sons of Texas governor “Big Jim” Hogg -we often hear the story of how Big Jim named his two daughters Ima and Ura Hogg, but there never was a Ura! 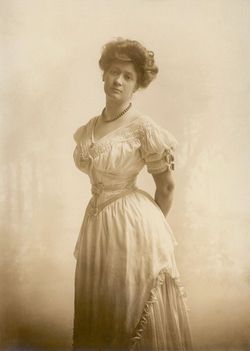 When you hear her name, you most likely associate it with the historic properties she gave to the state of Texas: the Varner-Hogg Plantation near West Columbia, the Winedale museum near Round Top, and her home in Buffalo Bayou in Houston that she gifted to the Museum of Fine Arts in Houston. Buffalo Bayou is seen as her masterpiece. Not only was the house designed and developed in collaboration with the architect to create a building uniquely suited to the Texas Gulf Coast, but each room was designed to showcase the early American furniture and art that made up Miss Hogg’s collection. And, while she gave the home and it’s surrounding grounds to the Museum of Fine Arts in Houston, she continued to add to it’s collection until she passed in 1975.

However, her life of philanthropy and as a patron of the arts began before any of these donations. Her first focus was to encourage an appreciation for the arts in Texas. Early in her life she had hoped to become a concert pianist, and after studying at the University of Texas, she spent two years at the National Conservatory of Music in New York then two more in Vienna and Berlin studying piano. When she returned to Houston in 1909 she began teaching piano to students and helped to establish the Houston Symphony Orchestra in 1913. 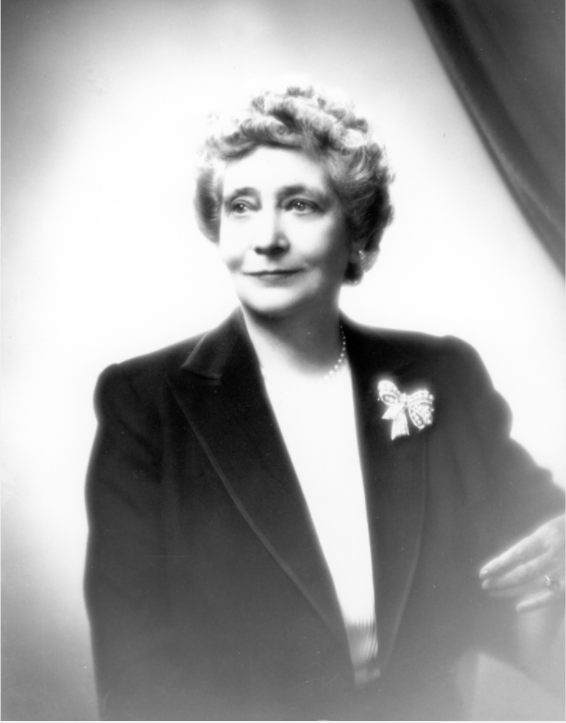 In 1929, having dealt with her own depression for years, she founded the Child Guidance Center in Houston and, with the estate from her brother Will, she founded the Hogg Foundation for Mental Health at the University of Texas here in Austin. A great deal of her own estate was given to this foundation upon her death.

Ima was also known for her dedication to education and started school programs to stimulate interest in art for school children. In 1943 she was elected to the Houston School board and used her position to innovate and invigorate the educational process in Texas. She insisted African-American students receive art classes as well as the white students, set up a painting-to-music program in the schools, and advocated for equal pay rates for teachers regardless of gender or race. Her contributions to education were recognized in 1968 when she became the first recipient of the Santa Rita Award and in 1969 when she, along with Oveta Culp Hobby and Lady Bird Johnson, became the first women members of the Academy of Texas, an organization founded to honor those who “enrich, enlarge, or enlighten” knowledge in any field. 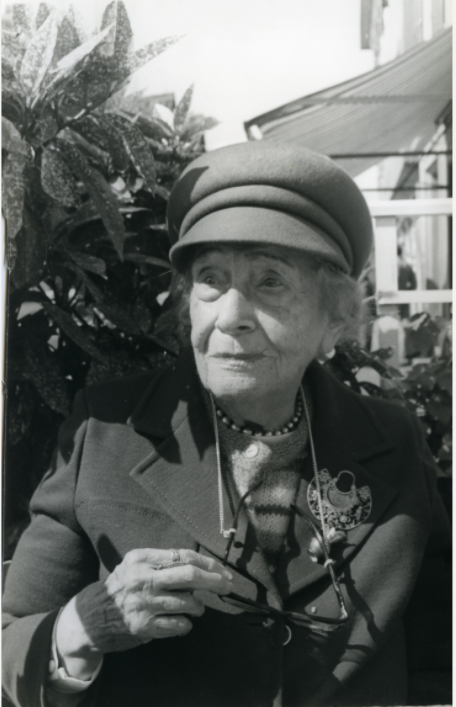 In 1946 she served again as president of the Houston Symphony Society and in 1948 she became the first woman president of the Philosophical Society of Texas. In 1953 Governor Allan Shivers appointed her to the Texas Historical Survey Committee, and in 1967 she received an award for “Meritorious Service in Historic Preservation from them. In 1960 she was called to serve on a committee appointed by President Eisenhower for the planning of the National Cultural Center in Washington D.C. (now the Kennedy Center) and in 1962 she was requested by Jacqueline Kennedy to serve on an advisory panel to search for historic furniture for the White House. Her honors continued as in 1971 Southwestern University gave her an honorary doctorate in fine arts, and the National Society of Interior Designers gave her the Thomas Jefferson Award for outstanding contributions to American’s cultural heritage in 1972. Later, the Houston Symphony established an instrumental contest for young musicians in her name, the Ima Hogg Competition and the Dolph Briscoe Center for American History presented an annual Ima Hogg Award for Historical Achievement. Other noteworthy accolades include receiving honors from the Garden Club of America in 1959, the National Trust for Historic Preservation in 1966, and also from the American Association for State and Local history in 1969.

She passed in 1975 at the age of 93 while in London and is buried in Oakwood Cemetery in her family lot. 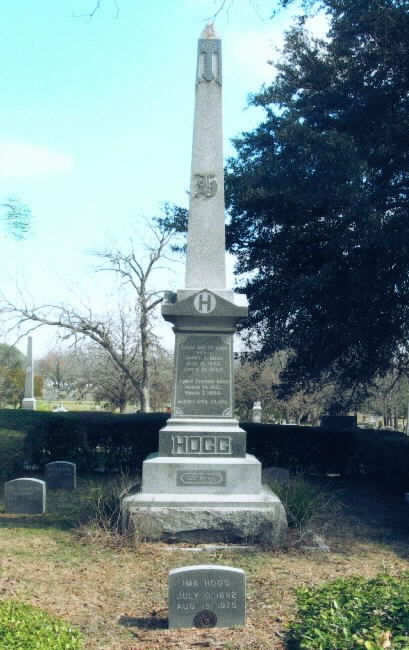