Richard “Night Train” Lane was born in Austin, Texas in 1927. Abandoned by his birth mother, he was taken in by a woman named Ella Lane who was walking home that evening and heard what she thought was a cat. When she saw the baby boy, she took him home and adopted him.

After graduating high school, he moved to Nebraska, where he reconnected with his birth mother. He spent one year attending Scottsbluff Junior College before enlisting in the U.S. Army. He served four years and rose through the ranks to lieutenant colonel. Lane continued to play football while enlisted. He garnered Second-team All-Army in 1949 and First-team All-Army in 1951 while based at Fort Ord in Monterey Bay, California.  During the 1951 season, he caught 18 touchdown passes for Fort Ord. 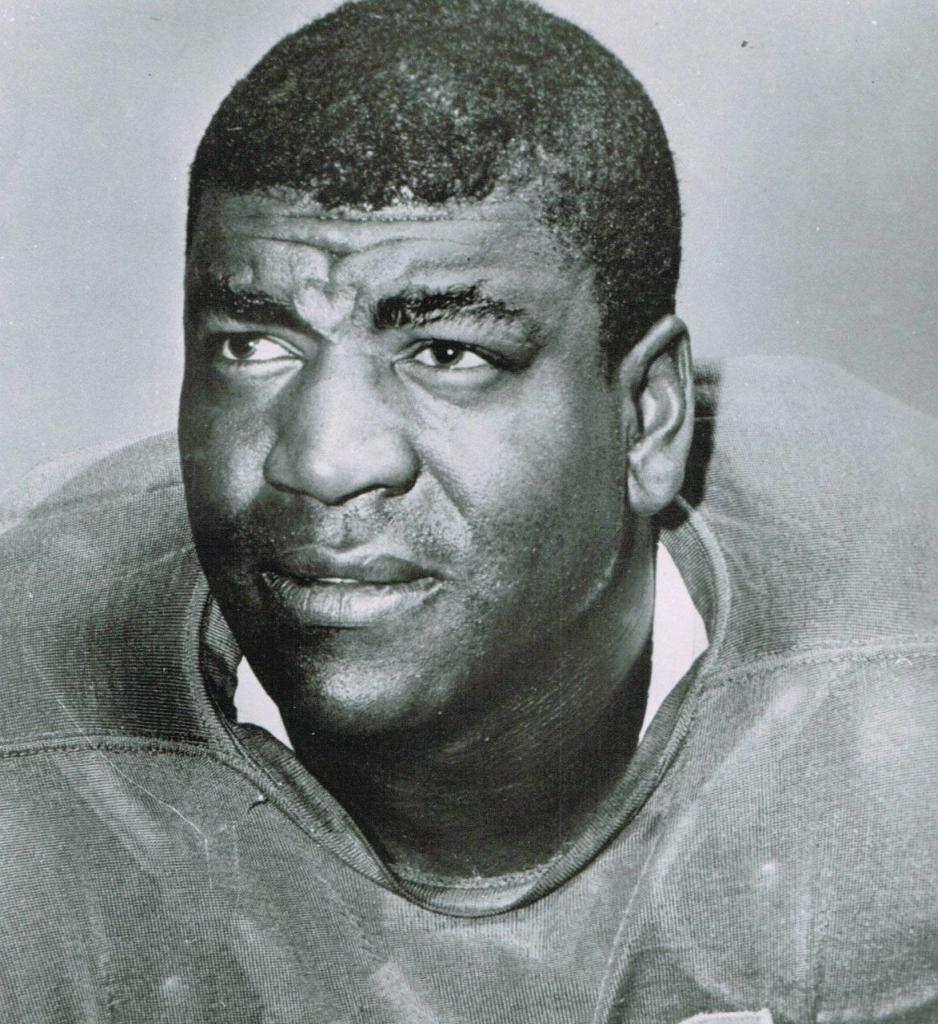 After leaving the military in 1952, he went to Los Angeles to work at an aircraft plant, but he didn’t see a future in the job. After seeing the LA Rams office on his bus ride to work, he decided to show up with a scrapbook of clippings from his high school, junior college, and military football days and ask to try out for the team. He initially tried out for the offensive line, as that’s the position he had played in the Army, but the Rams switched him to cornerback. In his rookie season, he set an NFL single season record for interceptions with 14, which stands to this day.

It is commonly circulated that Lane acquired the nickname "Night Train" from a hit record by Jimmy Forrest often played by teammate Tom Fears when they’d meet to go over plays, pass patterns, and defensive moves. Lane originally disliked the nickname and worried that it involved a critique of his ethnicity. Over time, though, he came to enjoy the title. 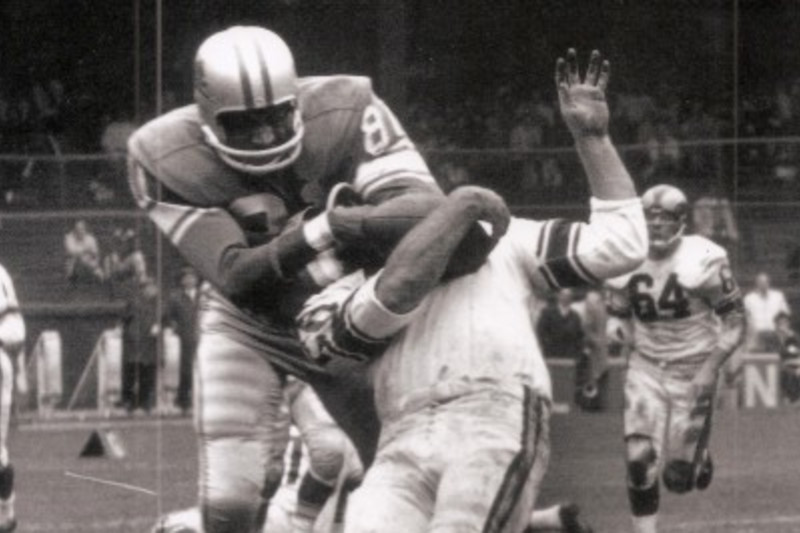 After retiring from football in 1966, Lane worked as a special assistant with the Detroit Lions for the next six years. Other post-career jobs included working as a road manager for comedian Redd Foxx and coaching at Southern University in Baton Rouge, Louisiana, and Central State University in Wilberforce, Ohio. Lane also served as the first director of the Police Athletic League for underprivileged children in Detroit.

Lane retired in 1992 and returned to his hometown in Austin, Texas.  He passed away on January 29, 2002 and is buried in Evergreen Cemetery in Austin. 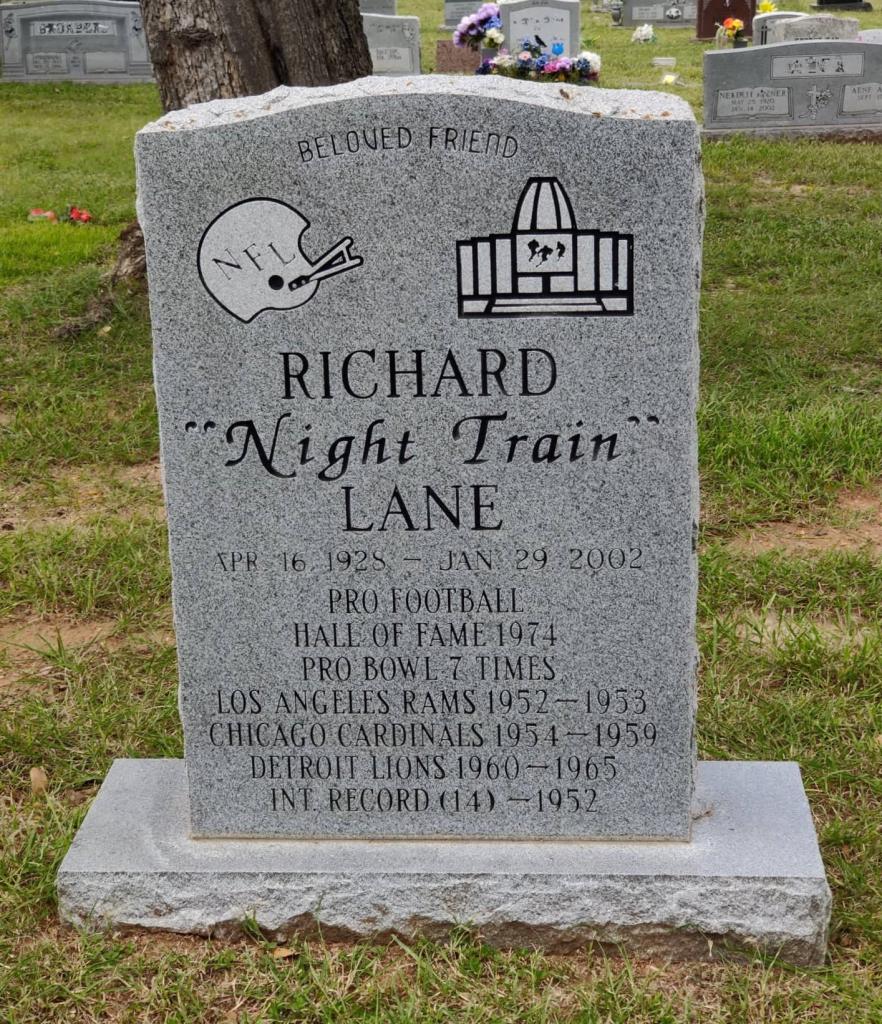