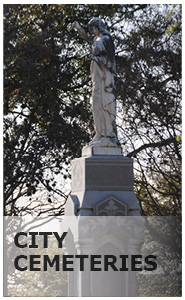 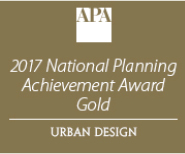 Following a lengthy review by the community and key city boards and commissions, the Historic Cemeteries Master Plan was approved by the Austin City Council September 17, 2015. Links to the final plan are provided below. Select Cemetery Master Plan process for more information about the process, including the review by city boards and commissions.

This is the first master planning effort for the City’s five historic municipal cemeteries, which include Austin Memorial Park Cemetery, Evergreen Cemetery, Oakwood Cemetery, Oakwood Cemetery Annex, and Plummers Cemetery. The Parks & Recreation Department (PARD) greatly appreciates the time and effort of our community members, volunteer board and commission appointees and elected officials in helping PARD deliver a high-quality and consensus-based plan to the Austin City Council.

"Designing for the Dead: The Perfect City Cemetery," Next City, March 6, 2015

Select the following links to view the final draft of the Historic Cemeteries Master Plan:

The digitization of cemetery maps and infrastructure as well as a GIS-based tree inventory and assessment were components of the project. Please select this link to see an interactive map.

To receive regular email updates and meeting notices, sign up for the Cemeteries Master Plan email list by emailing Kim McKnight to be added to the list.

The Sheffield Education Center (home of SPLASH!) hosts FREE screenings on how Texans can protect our water resources.
END_OF_DOCUMENT_TOKEN_TO_BE_REPLACED 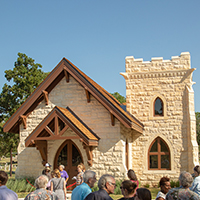