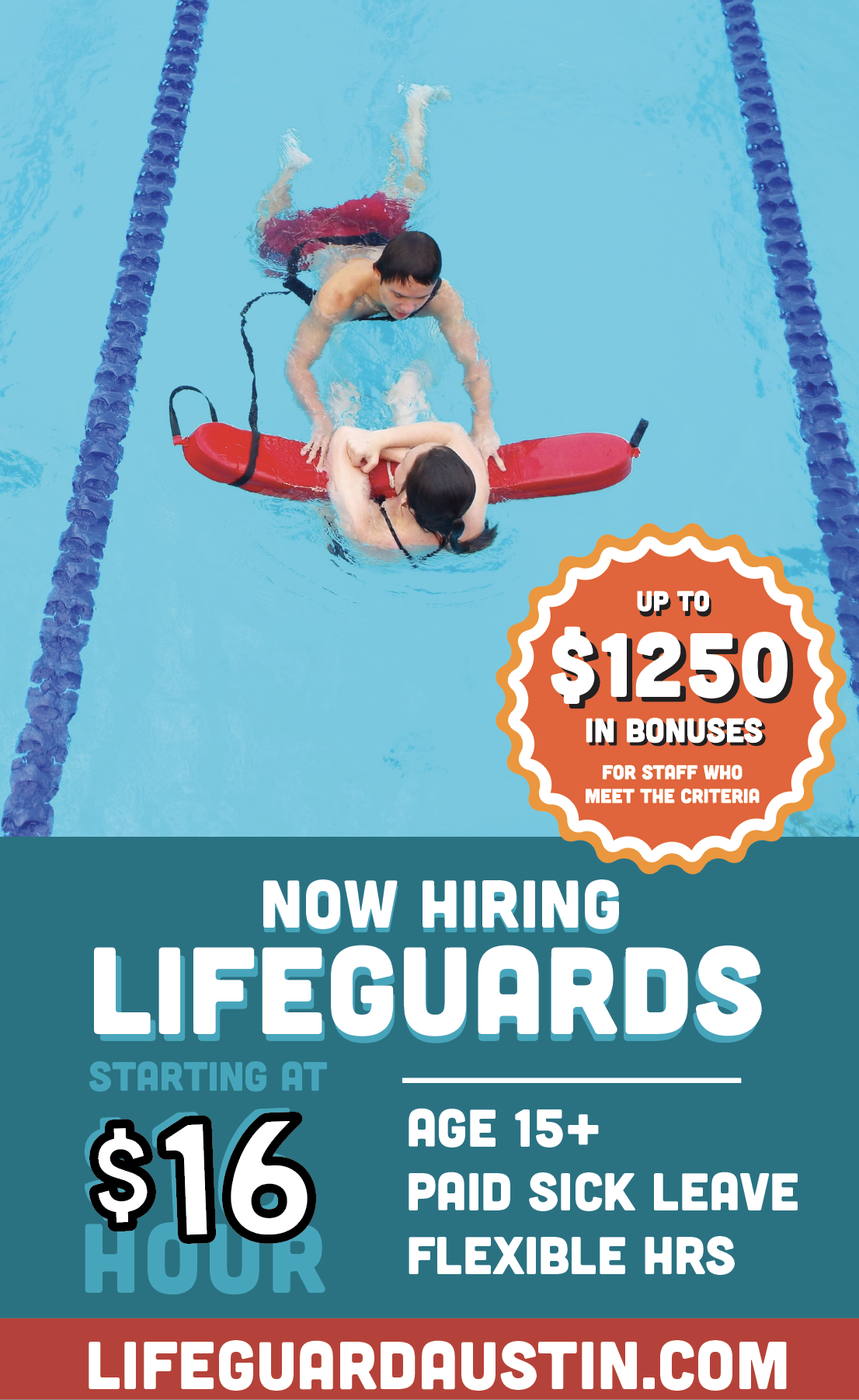 Zilker Metropolitan Park is considered "Austin's most-loved park." This 351-acre metropolitan park is home to a variety of recreation opportunities, facilities and special events for individuals and families. Currently, Zilker Park is going through a planning process. Find out how you can participate here. 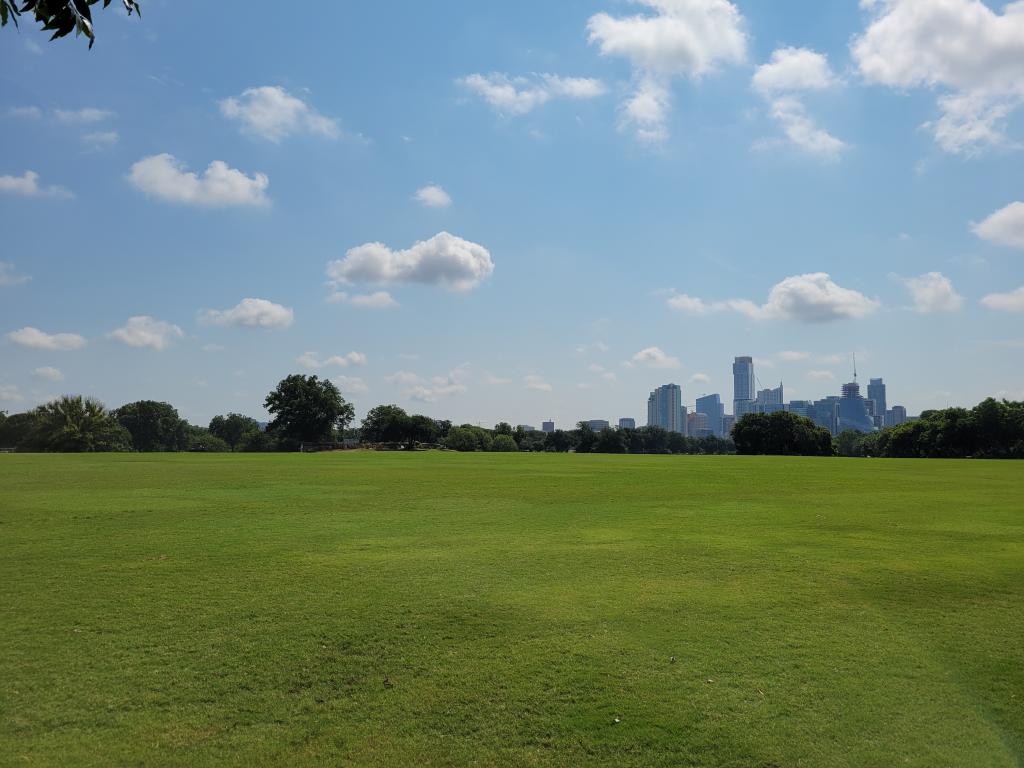 Zilker Park is known as the crown jewel of the Austin parks system. Zilker Metropolitan Park, located 2100 Barton Springs Road, is Austin’s oldest metropolitan park and is named after Andrew Jackson Zilker who donated parcels of land to the city starting in 1917. Mr. Zilker came to Austin in 1876 to become a business man and a banker. He operated one of Austin’s first ice factories and was elected an Alderman (system of city governance prior to City Council). He also ranched a 40-acre spread with good water southwest of town. In three separate gifts in 1918, 1923, and 1931, Mr. Zilker gave his ranch, which included what is now known as Barton Springs, to the city in a way that benefitted the community and the schools. Zilker made a final gift to the city in 1934, the site of what is now the Girl Scout Clubhouse. That same year the park was officially named Zilker Park.

The park is sited at the juncture of Barton Creek and Lady Bird Lake and comprises more than 350 acres of publicly owned land. A major era of park development took place in the 1930s through New Deal programs such as the Civil Works Administration and Civilian Conservation Corps. In 1997, Zilker Metropolitan Park was added to the National Register of Historic Places as the park includes many resources of historical, architectural, and archeological significance.

The most common types of park permits are listed below. See thespecial events page for detailed information about permits, events, rentals and similar.

Contracted and Permitted Services/Amenities at the Park 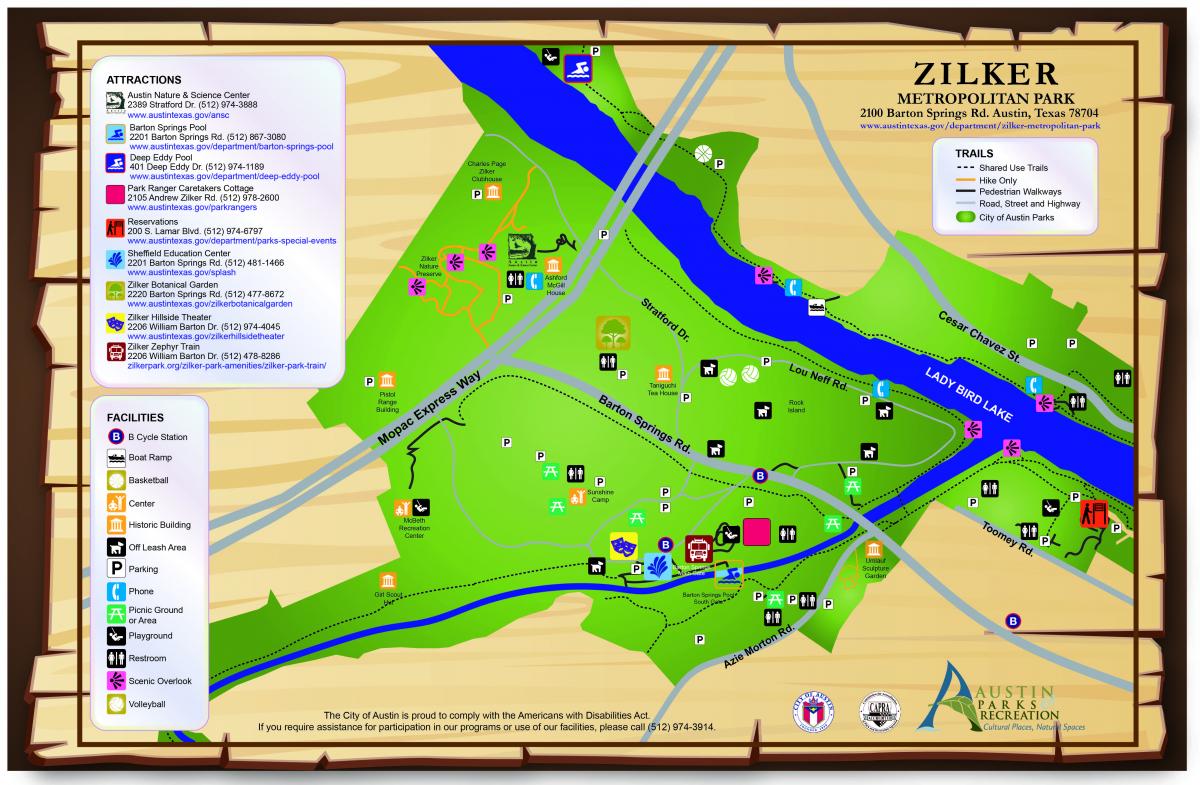 In general, all parks are open for public use each day from 5 a.m. to 10 p.m. unless otherwise posted. At times, access is limited or affected by events or maintenance issues. To report any park non-emergency issue, call 3-1-1. Visit the 3-1-1 website to submit a maintenance concern online. Call 9-1-1 for all park emergencies. 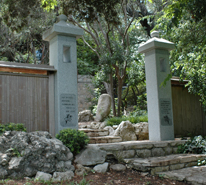 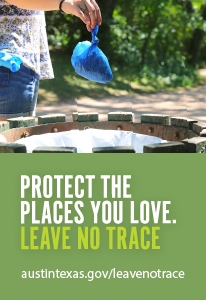