Allegiant announces aircraft and crew base in Austin 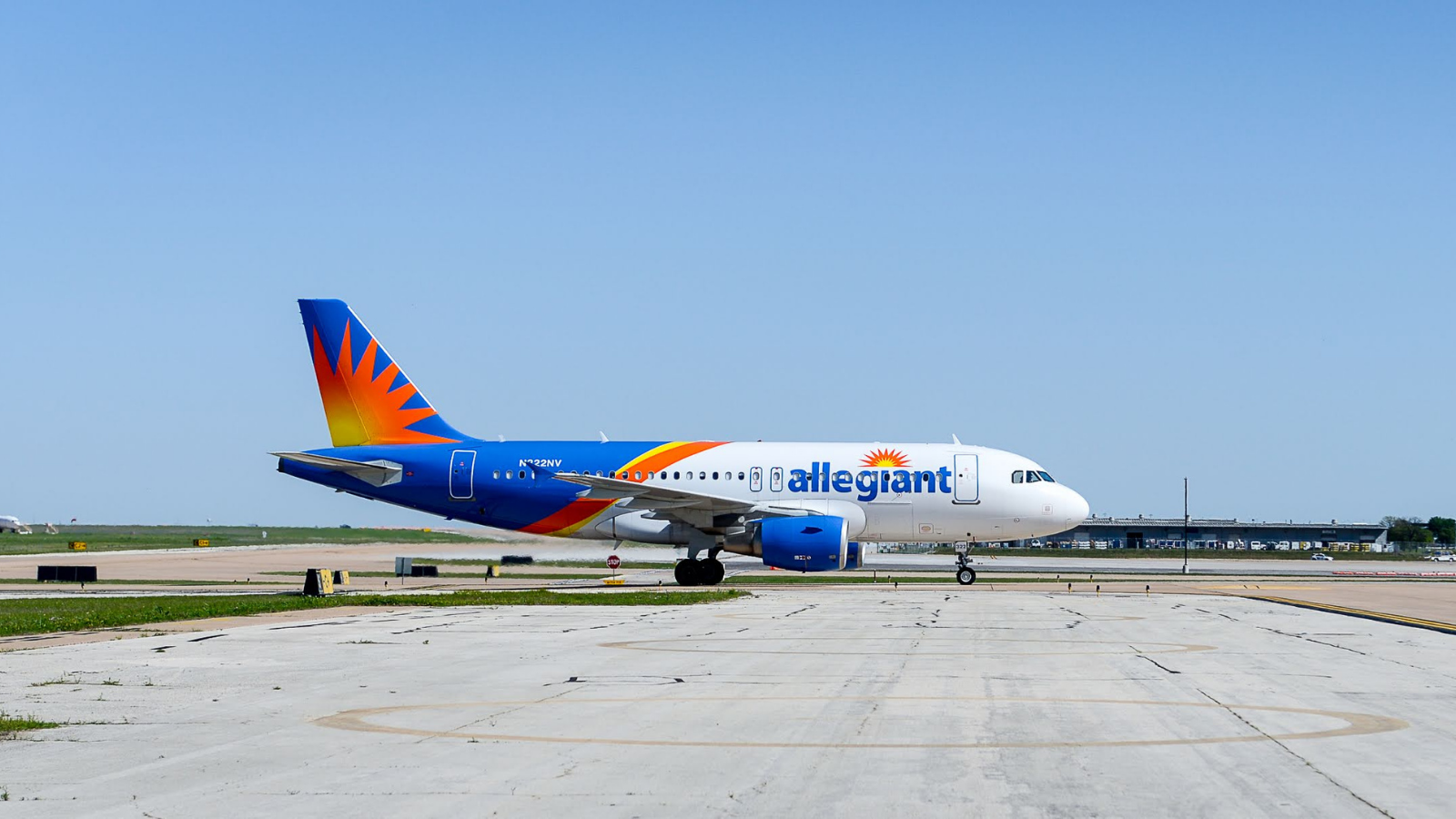 AUSTIN, Texas – Allegiant Travel Company (NASDAQ: ALGT) today announced plans to establish a base of operations at the South Terminal at Austin-Bergstrom International Airport (AUS). The Las Vegas-based company will invest $75 million to establish the new base in Austin, creating at least 89 high-wage jobs and housing three Airbus A320 aircraft.

The company, which focuses on linking travelers in small-to-medium cities to world-class leisure destinations, plans to begin its base operations in Austin on November 18, 2021.

“Austin has been a really exciting location for Allegiant — not only do leisure travelers appreciate having convenient access to the incredible music scene, cultural and historic attractions the community has to offer, but local residents have also flocked to our affordable, nonstop flights for their travel needs,” said Drew Wells, Allegiant’s Senior Vice President of Revenue. “It makes perfect sense to establish a permanent base in Austin, further establishing Allegiant as a hometown airline in a city we love and where we plan to grow. Having locally-based operations will mean opportunities for expanded hours, as well as more — and more frequent — flight offerings for visitors and locals alike.”

Located in Central Texas, the capital city of Austin is world-renowned as a premier destination for live music, events and cultural arts — from visual art exhibits to film festivals — as well as dining and an abundance of outdoor activities. Nestled adjacent to the Texas Hill Country, Austin offers the perfect balance of an exciting, bustling city and the quaint and iconic offerings of the Lone Star State, including Hill Country vineyards, wineries and historic attractions. Home to the University of Texas, South by Southwest and the newly-formed Austin FC professional soccer club, the city is also one of the nation’s fastest-growing centers for technology innovation and business enterprise.

“The announcement of Allegiant’s selection of Austin as a base city is just the kind of news our community and the tourism industry needs right now,” said Austin City Councilwoman Vanessa Fuentes, who represents District 2 — where Austin-Bergstrom International Airport is located. “The potential for added flights will bring more travelers into the area and offer Central Texans extra options when it comes to their own travel plans. The airport is an economic driver in our local economy, and I'm excited to see growth and activity in the district and beyond during such a critical time.”

“We are thrilled that Allegiant is making Austin a base city and with that, bringing more jobs to our region,” said Doug Driskill. “As Chair of the Chamber’s Air Service Task Force, I know landing more non-stop flights to serve our growing region is our top priority. We look forward to continuing to work with Allegiant as they build up their presence.”

“Allegiant has been a fantastic partner of the South Terminal since our operations began in April of 2017,” said Jeff Pearse, Chief Executive Officer, LoneStar Airport Holdings, LLC. “We share their commitment to offering convenient, and low cost access to air travel. We are honored to expand this relationship and serve as a trusted partner for this investment into the future.”

“AUS is excited for this investment in our community and the South Terminal’s ability to accommodate Allegiant’s growth,” said Mookie Patel, AUS Chief Business and Finance Officer. “Allegiant establishing Austin as a base provides strong economic support to Central Texas and even more convenient and affordable ways to travel.”

Unlike most other airlines, Allegiant operates an “out-and-back” network, with exclusively nonstop flights — meaning each day’s flying starts and ends at a base, rather than connecting traffic through busy hub airports. The base at Austin-Bergstrom International Airport will bring additional flexibility for flight times and future route opportunities, as locally-based crew members return home nightly to Austin.

Allegiant, which employs more than 4,200 team members across the U.S., plans to immediately begin hiring pilots, flight attendants, mechanics and ground personnel to support the operations. Available positions will be posted on Allegiant’s careers website, where interested applicants may apply online.

Allegiant – Together We FlyTM
Las Vegas-based Allegiant (NASDAQ: ALGT) is an integrated travel company with an airline at its heart, focused on connecting customers with the people, places and experiences that matter most. Since 1999, Allegiant Air has linked travelers in small-to-medium cities to world-class vacation destinations with all-nonstop flights and industry-low average fares. Today, Allegiant's all-Airbus fleet serves communities across the nation, with base airfares less than half the cost of the average domestic roundtrip ticket. For more information, visit us at Allegiant.com. Media information, including photos, is available at http://gofly.us/iiFa303wrtF

The South Terminal
The South Terminal, opened in April of 2017, proudly provides Austin residents and visitors with efficient access to low-cost and convenient air travel. Passengers are provided close-in onsite parking, charging stations, grab and go food and beverage options, Wi-Fi and outdoor seating to enjoy a local Austin food truck. The South Terminal, owned and operated by LoneStar Airport Holdings, LLC, has been recognized across the country and industry as an innovative and progressive public-private partnership. For more information visit AustinSouthTerminal.com.