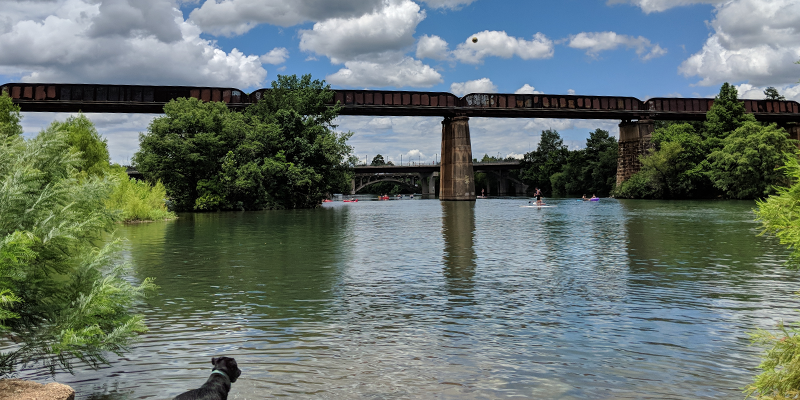 Austin Water acquired new equipment that will allow in-house testing of raw source water and treated drinking water samples for cyanobacteria and cyanotoxins, reducing the wait for results to 24 hours and allowing more frequent testing as part of regular operations. In the past, water samples for cyanotoxins were analyzed by multiple contract labs which could take several weeks to get results.

Austin Water’s new FlowCam Cyano enables rapid digital imaging analysis of raw water. The FlowCam will help in-house water quality lab technicians monitor for algae and plankton that could indicate taste and odor issues for drinking water at a minimum, as well as the presence of harmful cyanobacteria in the worst-case scenario. The FlowCam Cyano analysis takes about 15 minutes, which enables Austin Water to vastly increase testing frequency.

Austin Water also purchased instrumentation to analyze raw source waters and treated drinking water for cyanotoxins through enzyme-linked immunosorbent assay, also known as ELISA. This enables Austin Water to analyze water for the three most common cyanotoxins according to the EPA: Anatoxin-a, Cylindrospermopsin, and Total Microcystins. With the ELISA method, results can be achieved in less than 24 hours.

“We have a team focused on preparing for a cyanotoxin event, who have been implementing strategic plans for more than a year to be ready if the worst were to happen,” said Austin Water Director Greg Meszaros. “We take this threat very seriously, and I’m proud of the vigilance and proactive measures our laboratory analysts and treatment team have put in place to detect and treat for cyanotoxins.”

Austin Water began testing for cyanotoxins in 2015, but checking for cyanobacteria dates back to the 1990s. Since monitoring began, there has never been a detection of cyanotoxins above the EPA health advisory level in our raw water or treated drinking water. However, with growing concern about harmful algal mats in Lake Travis and Lady Bird Lake, Austin Water has enhanced treatment protocols based on EPA guidance and is prepared for rapid response should a positive detect occur. Austin Water's conventional treatment processes and facilities effectively remove cyanobacterial cells, but the plants are also equipped to feed chlorine, Powdered Activated Carbon (PAC), and sodium permanganate to remove cyanotoxins from drinking water.